Home News Mercedes ‘made wrong call and got away with it’ 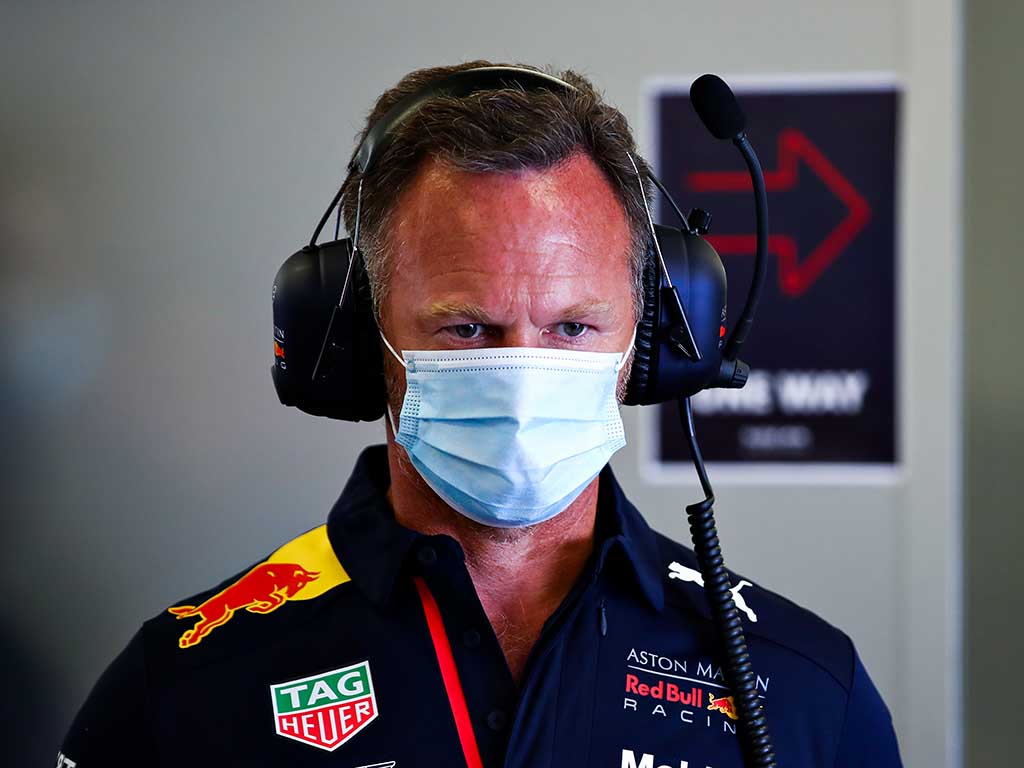 Red Bull’s Christian Horner felt Mercedes made a strategy error in the first race at the Red Bull Ring but “got away with it”.

Horner is referencing the fact that Mercedes opted not bring in Valtteri Bottas or Lewis Hamilton during the final Safety Car period and they left themselves vulnerable to attack from Alex Albon, who did pit for fresher, softer rubber.

Albon’s race would fall apart soon after the restart due to a collision with Lewis Hamilton which sent him spinning and he was then forced to retire with an electrical issue.

Horner said he was surprised not to see Mercedes pit again and feels their strategy mistake has gone unpunished.

“It was interesting to hear Toto’s comments after the race about the gloves being off,” Horner said in his Red Bull column.

“Rivalry between the drivers and between the teams is what competition is all about, so long as it is respectful and in many ways the gloves are always off.

“We got our strategy right and they had a very quick car which won in the end.

“I think they made the wrong strategic call at the final safety car and they got away with it.

“Mercedes do have a very fast car but if we can develop ours to take the fight to them, then we all make errors and you could see that, so hopefully next time we will come out on top.”

Horner also explaining the reasoning and timing behind the two protests they launched against Mercedes in the season opener.

The first came on Friday after the Silver Arrows used their innovative dual-axis steering system again and the second came when managing to successfully overturn the FIA’s decision to take no further action on Hamilton for a yellow flag infraction during Q3, resulting in a three-place grid drop for the defending World Champion.

He continued: “As for the protests. The first over their DAS system was already geared up back in Melbourne.

“The only mechanism for us to gain clarity is to put a protest in with the FIA during a race weekend.

“If we wanted to be difficult we could have done it after qualifying or after the race.

“I had spoken to Toto about it in advance because there was no malice in it, it was just wanting clarity on the ambiguity over those regulations.

“We felt it was a set-up tool to heat up tyres, as it was in the race, but the purpose of the protest was to achieve that clarity and now we have that.

“It is clear the system is legal for this season and we will consider developing our own, if we feel the gains are worth it with the rest of our package.

“As for Lewis’ grid penalty before the race, the timing was completely coincidental and in no way intentional that close to the race.

“The 360 video footage was put out by Formula One and this was a new angle that we had not seen on Saturday. We highlighted this to the FIA who had also not seen the angle and then reviewed the footage.

“It was then clear to the FIA that there had been a breach of the rules and they rightly applied the same penalty that Max was given in Mexico last year.

“It was not sour grapes at all, it was just the timing of when the new evidence came to light and how quickly we could get that to the FIA for review.”