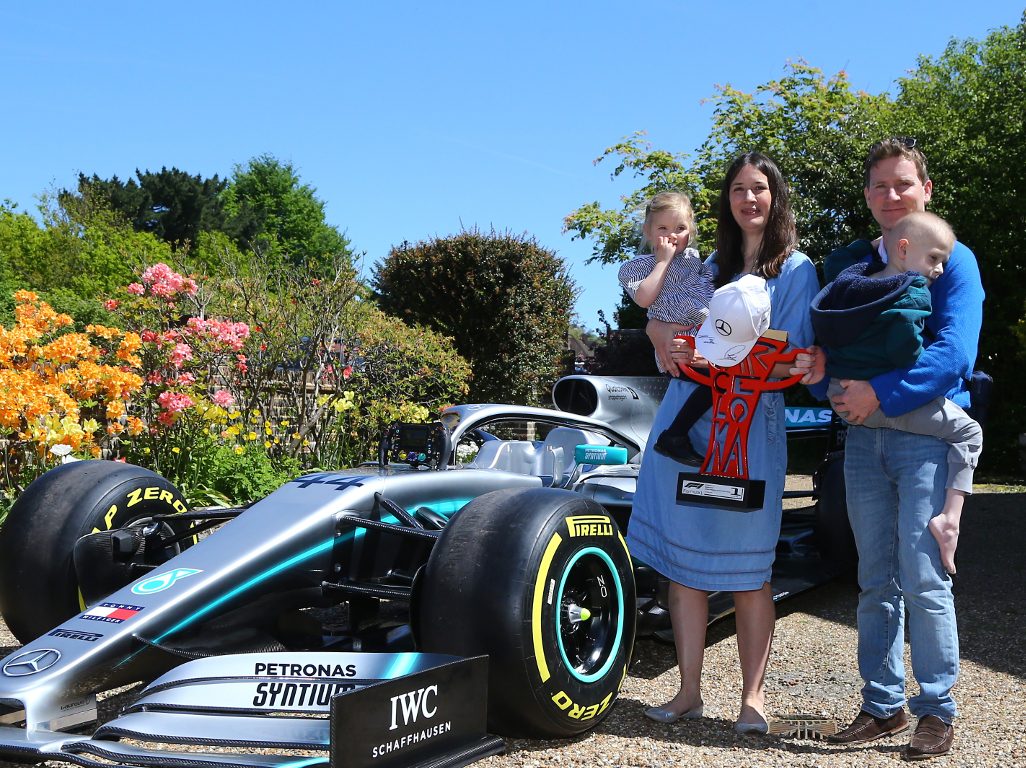 Having dedicated his Spanish GP win to Harry Shaw, a five-year-old who is fighting cancer, Mercedes went on further as they surprised the youngster with Lewis Hamilton’s car on Monday.

Shaw, who has been diagnosed with Ewing’s Sarcoma, a rare form of terminal bone cancer, is a huge Hamilton fan.

Prior to the Spanish GP, he sent Hamilton a video message that the Mercedes driver says inspired him to put aside his qualifying troubles and go for the win.

“Yesterday was a difficult day, but I arrived today and I got this great message from this young kid called Harry and he just became my spirit and that was my inspiration,” Hamilton told Sky Sports after taking the win on Sunday.

“So I want to dedicate this one to Harry, if you are watching, and sending you the love.”

Hamilton and Mercedes responded to Harry’s gesture with one of their own as the five-year-old was carried out of his house in Surrey on Monday to find a Mercedes F1 car sitting in his driveway.

The five-time World Champion also sent the winning trophy from the Spanish GP.

Another crazy day! Harry is holding @LewisHamilton 🏆and a @F1 @MercedesAMGF1 is parked on the drive! #letsjustgetitdone and raise money for children’s cancer research @royalmarsden while Harry still can. https://t.co/W5NQ9Mz4XI #wenevergiveup @CanucksFIN @NataliePinkham pic.twitter.com/Z6BYg7MfZg

Harry was diagnosed with Ewing’s Sarcoma in August last year at the age of four and last month he was given just a week to live.