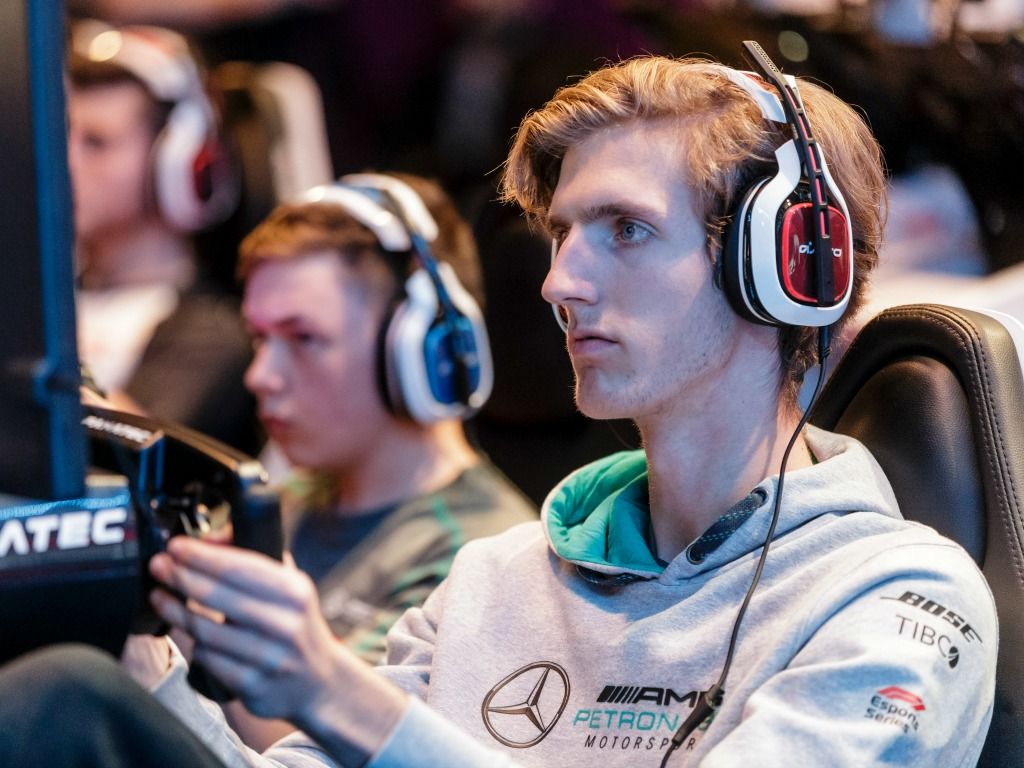 Brendon Leigh and Daniel Bereznay helped Mercedes to a clean sweep of victories in the second event of the F1 Esports Pro Series, but it was not without its controversy.

Leigh, who won the first Esports title in Formula 1 in 2017, took victory in the first two races of the day, in Paul Ricard and in Silverstone.

Team-mate Bereznay then won the final race of the day, held on the historic Spa-francorchamps circuit, to give the Silver Arrows the sweep.

The event was not without its controversy though, as there was an official stewards review into the result of the first race.

Leigh, who had started from pole at Paul Ricard, forced Toro Rosso’s Frederik Rasmussen off the track on the penultimate lap of the race.

A post-race five second penalty dropped the Brit down to P6, but he was eventually reinstated after Mercedes appealed the decision.

Rasmussen believes that “it should have been a penalty for sure”, having felt he was illegally forced off the track.

The pair then made contact on the penultimate lap of the Silverstone race while battling for the lead, with Leigh overtaking the Danish driver into Stowe.

The third and final race of the day saw Daniel Bereznay start on pole position and win in Belgium.

He was overtaken by Rasmussen on the opening lap, but got back past the Dane down the Kemmel Straight two laps later and went on to take a commanding victory.

Behind that, chaos ensued on the final lap. Joni Tormala of Red Bull finished in P2 after overtaking Fabrizio Donoso Delgado, with three cars battling it out to the line for the final podium place.

An amazing final lap at Spa, as Race Six of the F1 @newbalance Esports Pro Series 2018 wound its way to a thrilling conclusion 🎮

Rasmussen overtook Leigh into the Bus Stop chicane to take P3, with Sauber’s Salih Saltunc crossing the line with the exact same race time as the Mercedes man, and was awarded P4 for his troubles.

Despite only finishing in P5 in the final race, Brendon Leigh comfortably leads the Championship having won four of the opening six races.

Elsewhere, it was a bad day for last year’s runner-up. Hype Energy eForce India’s Donoso Delgado was penalised in both the Silverstone and Spa races.

Leigh is now 43 points clear of his nearest rival, Frederik Rasmussen, while Mercedes have a 71 point advantage over Toro Rosso in the Constructors’ standings.