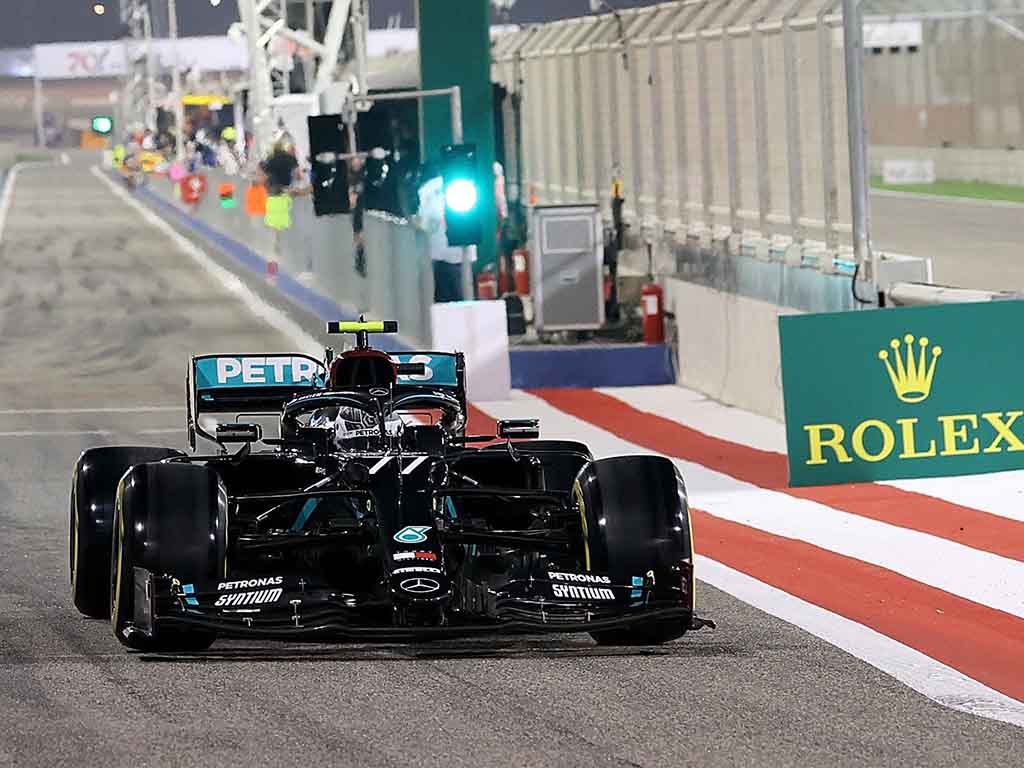 Mercedes has explained their reasoning for why they only changed three tyres on Valtteri Bottas’ car for his final stint at the Bahrain Grand Prix.

Just when you thought Mercedes had done enough thinking outside the box for one season, especially with both World Championship titles wrapped up (again), they had fans skimming through the regulations to see if Bottas’ final pit stop at the Sakhir circuit was a legal one.

That was because the front right medium tyre stayed on throughout the pit stop, while the rest of the crew exchanged the second set of medium tyres back to the first set.

“The reason that we only changed three tyres was that those tyres were the ones that came from the start of the race,” Shovlin said.

“So, the ones that Valtteri did the grid start and then he did the restart on. Now, very shortly after the restart he got a puncture on the front-right. We were running out of tyres as well at this point.

“We wanted a set of Medium tyres, we had lost the front-right but the other three tyres were in good condition and that was why we elected to just change those, leaving the front-right on the car.”

Shovlin also provided an explanation as to why Bottas struggled to make his way back up the pack in Bahrain and had to settle for a lowly P8 finish.

“As you saw, it was quite difficult for Valtteri to make progress through the field and some of that was down to the choices that we’d made setting up the car,” Shovlin added.

“We decided to go for quite a big rear wing. That gives us more downforce, it’s very useful when you are actually trying to keep the tyres in good shape through some of those fast corners and if Valtteri had a race at the front like Lewis had, it would have probably been the ideal wing to be on.

“Now, the issue was when he dropped to the back with that puncture during the safety car period, it meant that he then had the whole field to get through and he had this big draggy wing, that isn’t very good when you are trying to do overtaking.

“So, it was a bit unfortunate really, but all a result of the puncture putting him to the back.”