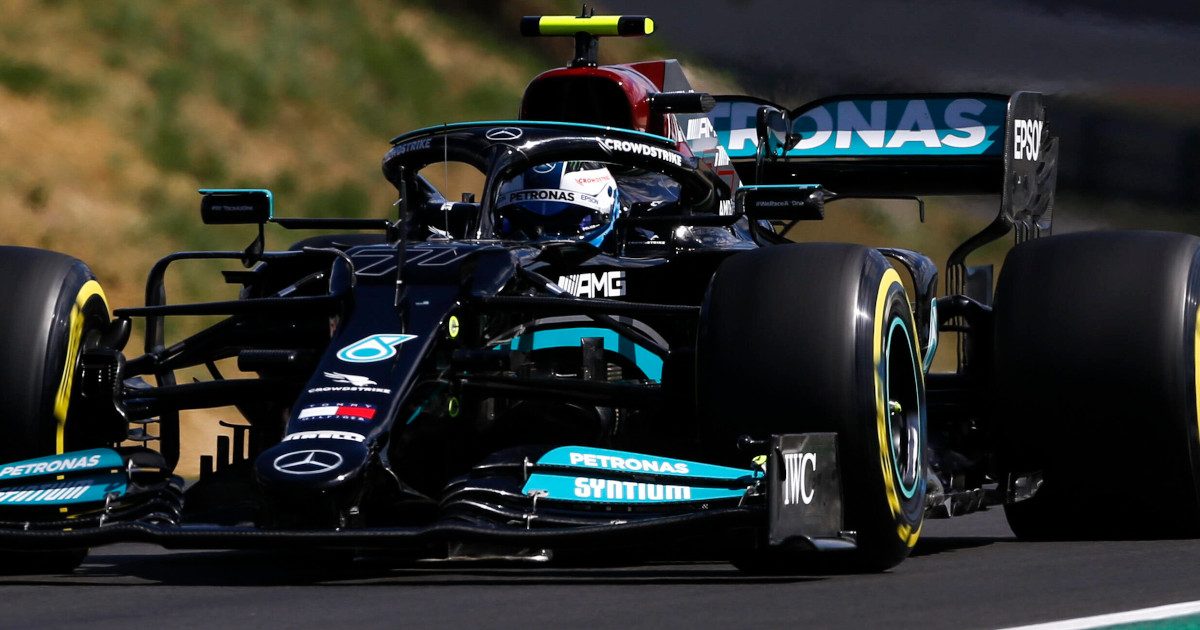 Mercedes breathed a little sigh of relief after they opened the door to Red Bull to take a point off them with the fastest lap of the race in Portugal.

Given the final margins involved between Mercedes and Red Bull so far this season, Valtteri Bottas, Max Verstappen and Sergio Perez were all involved in a late fight for the extra point drivers and teams receive if they can set the fastest lap of the race, provided they finish in the top 10 first, of course.

Ultimately, it was Bottas who emerged with the spoils as Verstappen saw his attempt deleted due to exceeding track limits at Turn 14 with all four wheels clearly beyond the red and white kerb.

But while Red Bull complained once again about the inconsistency from the FIA when it comes to policing track limits, Mercedes were berating themselves a little bit for giving Red Bull a chance to react to Bottas’ effort in the first place.

The Silver Arrows decided to pit Bottas again three laps from the end for some fresh soft tyres but, with Verstappen’s P2 finish all-but secured, Red Bull had time to bring the Dutchman in for some fresh rubber of his own.

“Yeah, we had a little bit of a stupid moment,” Wolff told reporters. “It should have been the next lap but learn and move on.”

Trackside engineering director, Andrew Shovlin, also made a point of mentioning the sloppy pit-stop call in his post-race review.

“Valtteri did a good job at the start and the restart but seemed to be lacking a bit of pace on the medium which allowed Verstappen to get within undercut range,” Shovlin said.

“That, together with a moment at turn 4, allowed Max to pass. Valtteri had strong pace on the hard tyre and we thought he was going to be able to take the position back from Max until an exhaust temperature sensor put an end to our hopes.

“As a consolation, he was able to pull enough time on Perez to earn a free stop to go for fastest lap.

“We’ll review the timing of our call as we opened the window for Red Bull to also have a go and had it not been for Max’s mistake at T14, we’d have lost a valuable point to them.”

Nothing like bringing your cars home for the big W! 🙌

Wherever you were cheering from today, thank you for your support this weekend ❤️#PortugueseGP pic.twitter.com/tvtlCqDSqz

On the sensor issue, Wolff feels Mercedes let Bottas down in his pursuit of Verstappen for P2 at the Portuguese Grand Prix.

“We lost the undercut, that was unfortunate, and then we let him down with the engine that went into a safety mode,” Wolff said.

“All in all, like many times, it could have worked for Valtteri and we were pushing hard and will continue to support him and next time will see what he is capable of doing in Barcelona.

“That was unfortunate because he really caught up well to Max and then it kind of stabilised at 1.5 to 1.6 seconds but he had more to come at the end of the race.

“Then we made a switch change in order to override a sensor that was saying we are running too hot on the exhaust temperatures. We couldn’t override it so the engine went into protection mode and it cost him five seconds.”