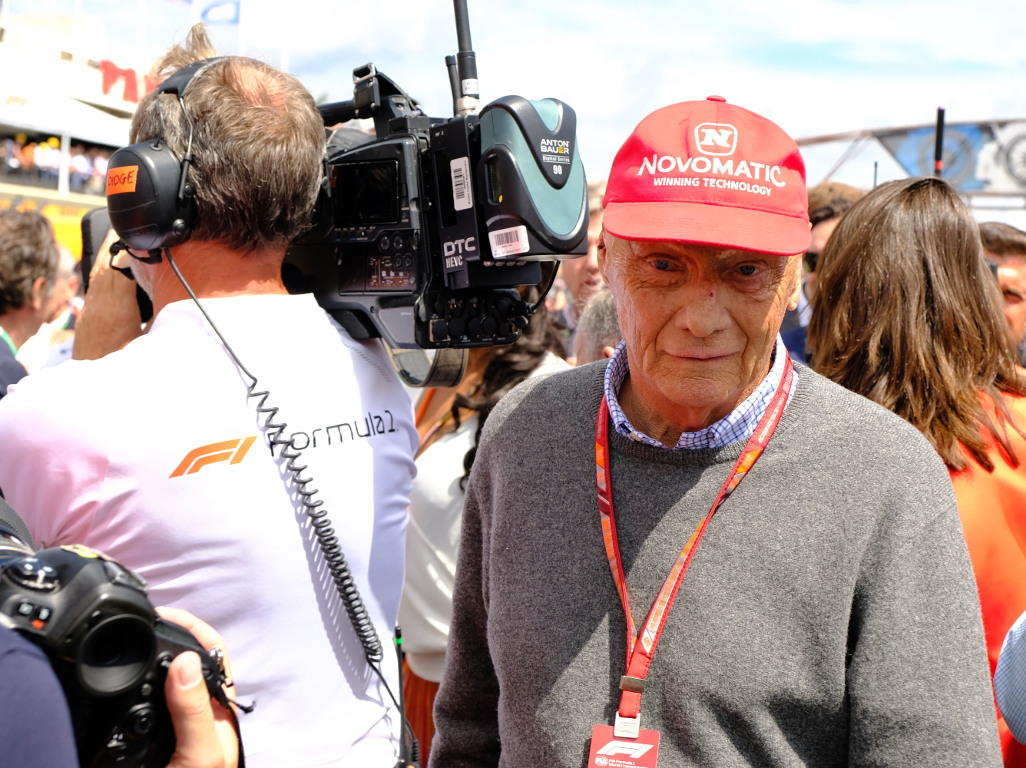 Mercedes will run red halos during the Monaco GP weekend as an additional tribute to Niki Lauda, Motorsport.com have confirmed.

Lauda, the team’s non-executive chairman and three-time World Champion, passed away on Monday and the Silver Arrows reacted quickly to put tributes in place for the Monaco Grand Prix race weekend.

During Thursday practice, “Danke Niki” and Lauda’s signature were placed on the noses of the cars of Lewis Hamilton and Valtteri Bottas, while one of the engine cover’s stars had been made red.

In a further tribute, Mercedes have confirmed that the top element of the halo will be made red instead of black – a message inside the halo has also been added and the team are expected to bring further features for the race.

In our thoughts this weekend. pic.twitter.com/XrSngeZUxP

The German manufacturer aren’t the only team altering their designs for Lauda this weekend – McLaren, who he won the last of his three World Championships with, have the message “#RIPNiki” on the side of the MCL34’s nose, while a nod to his 1984 title with the team is present on the airbox.

Personnel up and down the grid have got involved with their own tributes and will continue to do so throughout the race weekend.