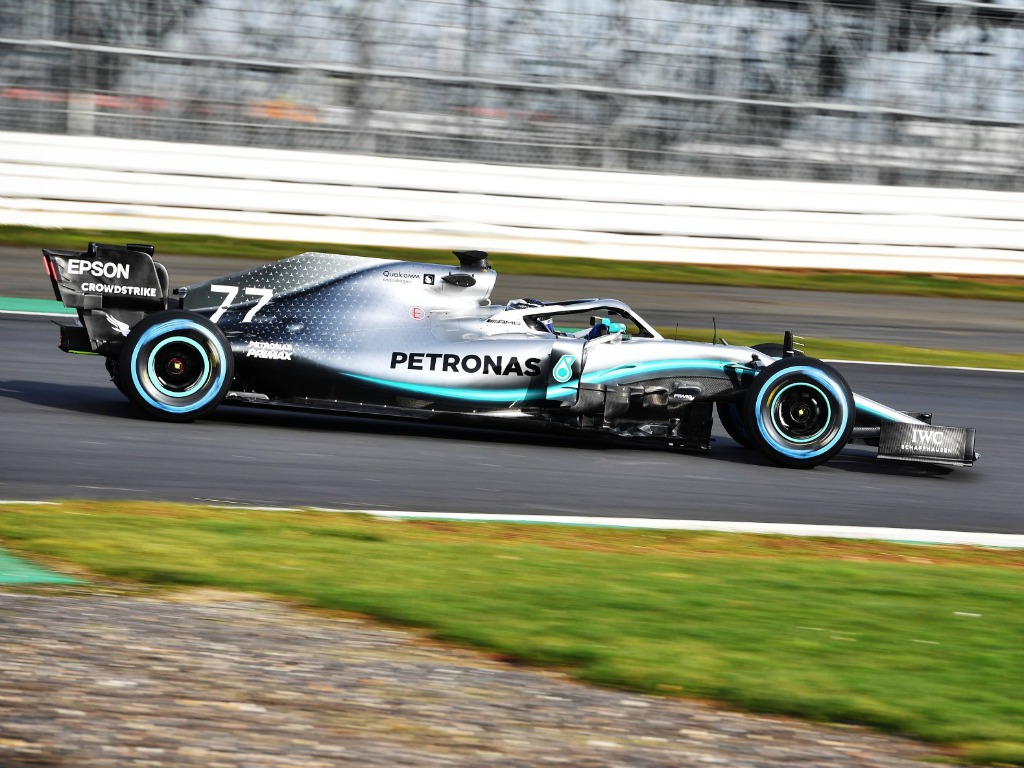 Arguably the most hotly anticipated car launch of the year has taken place with Mercedes lifting the covers off a silver W10.

With the car set to hit the track later in the day, unlike Haas, Williams and Renault, Mercedes unveiled the actual 2019 car – it wasn’t just a livery launch with new wings.

The livery, though, was expected to be the highlight of the unveiling.

Prior to Wednesday’s launch, Mercedes hinted at a new colour scheme, saying silver was “so last season.”

However, rather than showing off a camouflaged blue-and-green Mercedes AMG F1 W10 EQ Power , to give the car its full name, the team stuck with the traditional silver – but updated.

It was the Brackley team’s fifth consecutive double and they’re hoping to add a sixth this season.

“The 2019 season will be a new challenge for all of us,” team boss Toto Wolff said. “The regulations have changed quite substantially.

“We have to start from scratch, we need to prove ourselves again — against our own expectations and against our competitors.

“We start the season with zero points, so we’re taking nothing for granted and there’s absolutely no feeling of entitlement to be at the front.

“In fact, with the regulation change for the new season, every team can have a shot at the title and we’re seeing all of them as a potential threat.”

Following Wednesday’s online unveiling, the W10 will hit the track for a shakedown with team’s permitted 100km of running on a what is known as a filming day.

Bottas will put the first miles on the car before handing over to Hamilton.