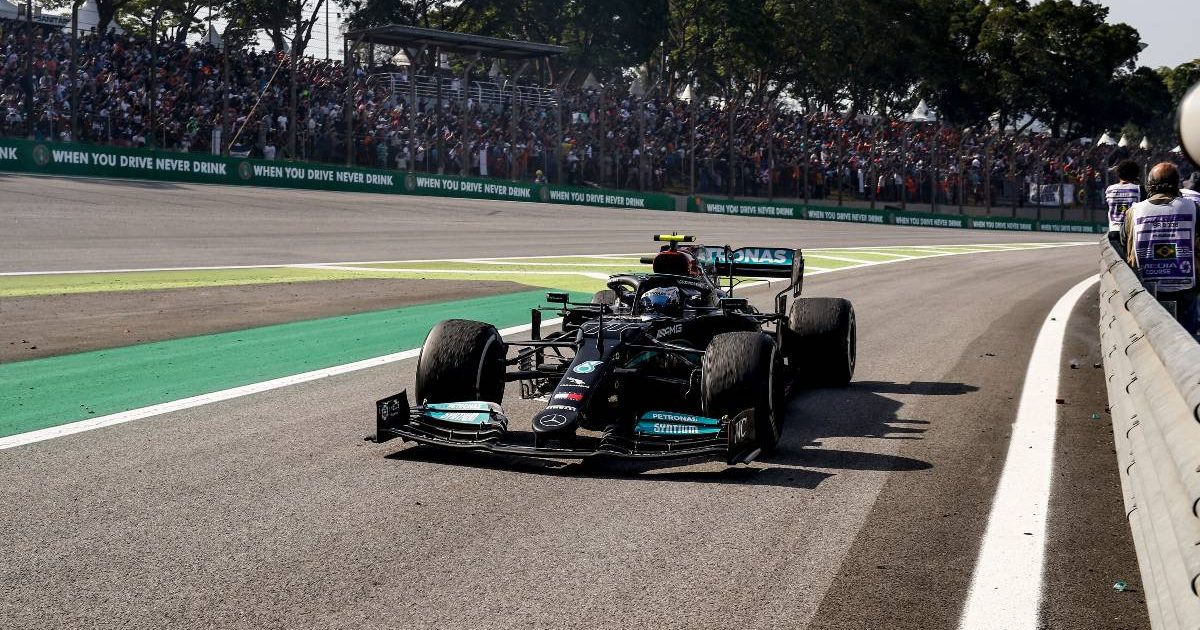 Mercedes have admitted that with hindsight, Valtteri Bottas was correct that he could have made a one-stop strategy work in Sao Paulo.

Bottas said over team radio six laps after his second pit-stop that the team had “thrown away an easy 1-2” in Brazil as he thought he could have run to the end on his first set of hard tyres.

Eventually, the Finn finished third behind his team-mate Lewis Hamilton and Max Verstappen – although Mercedes will be hoping that 1-2 finish may yet end up in the results archive.

That is because they are pressing ahead with an attempt to have Verstappen retrospectively penalised for his defensive move against Hamilton at Turn 4, which saw both cars go off track and the Red Bull hold on to the position for 11 more laps.

Bottas finished just over three seconds behind Verstappen at Interlagos and so if the Dutchman ends up being given a five-second penalty, he would drop one place in the revised standings – and also lose three World Championship points, reducing his advantage to 11.

W12 did us proud out there 👊 pic.twitter.com/zcsPHX6niP

After the race, Mercedes team principal Toto Wolff responded to Bottas’ claim by saying “I’m not sure we could have held on to a one-stop” due to the presence of Red Bull’s Sergio Perez in fourth, while trackside engineering director Andrew Shovlin added that: “The problem is if you gamble wrong, we could have risked a podium with Valtteri.”

However, in the team’s post-race debrief, technical director Mike Elliott conceded Bottas had been right all along.

Asked if they could have “pulled off the one-stop”, Elliott said: “I think the answer in hindsight is probably yes.

“So if we had kept Valtteri out with his tyres degrading at the end of the race and had fast Red Bulls coming up behind, he could have ended up dropping to fourth.

“At that position we were trying to think ‘what’s our best strategy? Is it take a risk and potentially get overtaken by fast cars at the end or do we try and bank that third position?’ And that’s what we decided to do.”