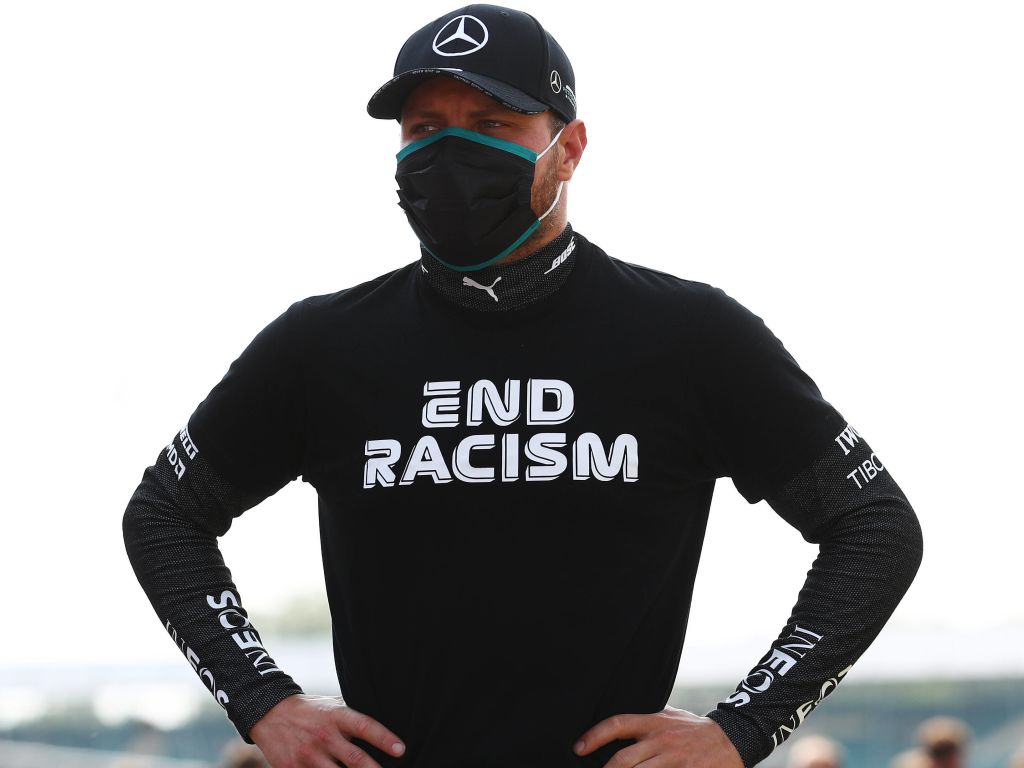 Bottas was able to qualify P2 on the grid, missing out on pole to team-mate Lewis Hamilton by only 0.059s, but their fortunes certainly differed in the race.

Hamilton would lead from start to finish to set a new Formula 1 record with his 156th podium, whilst a poor start condemned Bottas to a recovery drive to P3 and afterwards he said the 2020 title was “drifting away” from him again.

But when ex-F1 driver David Coulthard, who was working as a pundit for Channel 4, asked Allison how the team pick Bottas up after a “lacklustre” performance as the Scot put it, Allison’s response was firm.

“I don’t think it’s fair to characterise it as lacklustre,” he said in a stern tone.

“This is a tricky track to overtake at, and although we had a margin over the Red Bull it certainly wasn’t an overtaking margin.

“And Valtteri had a poor start, but was able to run back up into the fight at the front but not enough to overtake.

“I don’t think it was a poor performance, he just didn’t get away as well as Lewis did at the start, but the pace was basically there and had it been a free-air race he certainly would have been ahead of Max [Verstappen].”

Mercedes boss Toto Wolff had said before the race that Verstappen was favourite to win, and Allison explained where that prediction came from.

“I think Toto was reflecting how we all felt after taking a beating at Silverstone the week before in hot weather,” he said.

“I think what went wrong [for Verstappen] was he wasn’t quick enough, what went right for us is the changes we made since Silverstone to try to protect the car and protect the tyres worked.

“And then they were delivered to absolute perfection by Lewis who wore them intently at the start and then picked up the pace in a metronomic manner throughout the race.”

Asked about the key areas in improvement between Silverstone and Barcelona, Allison said: “As always with these cars it was never one thing, but if you wanted to make a caricature of the mistakes we made last week, it’s that we were a bit too interested in the front-left after our experiences at Silverstone one.

“And not paying enough attention to managing the set-up to look after the threat of blistering on the rear.

“But many, many things contribute to that more even loading on the tyres, not least of which was the exquisite tyre management by the drivers.”