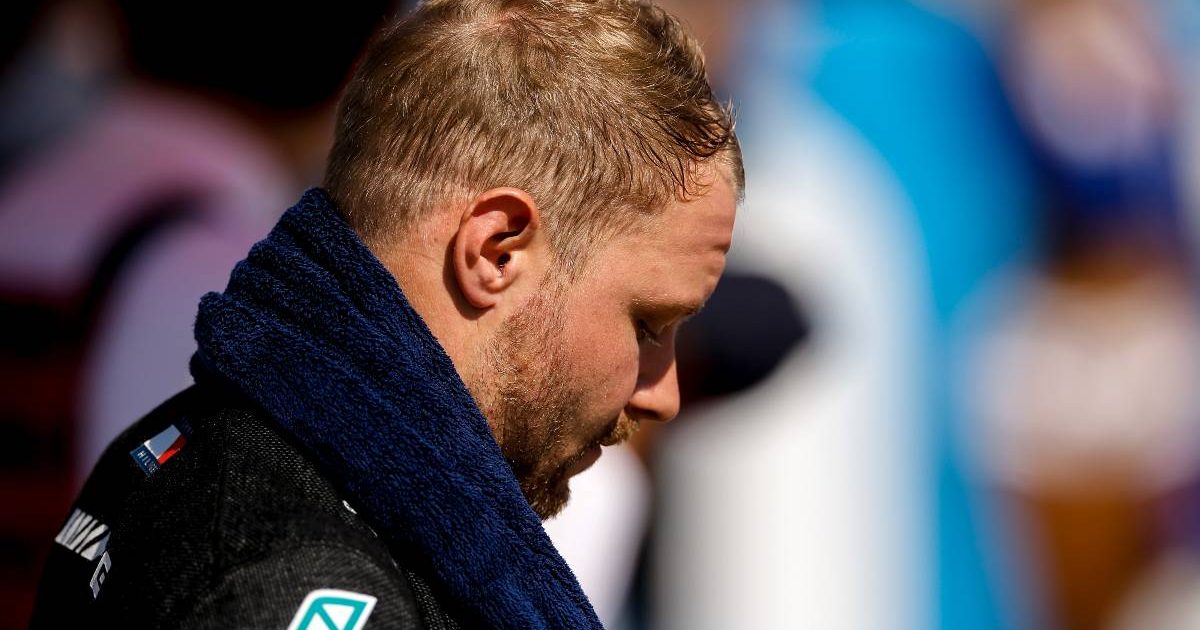 Mercedes had no warning ahead of Valtteri Bottas’ puncture in Qatar, and retired the car as they didn’t feel he could work his way back into the points.

That’s according to Mercedes director of trackside engineering Andrew Shovlin.

Bottas’ weekend at the Losail circuit started brightly under the lights, the Finnish driver fastest in Friday’s running.

He qualified P3 behind Lewis Hamilton and Max Verstappen but, along with Verstappen, dropped down the order after being hit with a grid penalty for ignoring yellow flags.

That was just the beginning of Sunday’s troubles.

A tardy get-away had Bottas falling down to 11th place and while it briefly appeared as if he could bounce back, and even finish on the podium, a puncture robbed him of that opportunity.

On lap 33, as Mercedes pressed for a one-stop strategy for the Finn, Bottas suffered a front-left tyre failure that sent him flying off the circuit.

He brought the car under control and made his way back to the pits for an unscheduled pit stop.

He said at the time: “All of a sudden I had the puncture without any vibration before, without any loss of grip, so it was quite strange.”

“No, no,” he said when asked if there were warning signs.

“It was rapid and at the most inconvenient time on the lap where you are just committing to that final corner and there is no opportunity to get into the pits.”

Bottas fell to P14 after his pit stop, Mercedes later making the call to retire the car.

“I think it was too damaged,” Bottas said. “Just wanted not to break it even more.”

Confirming that the W12 had suffered aerodynamic damage as a result of the puncture, Shovlin says the team made the call to retire the car as they didn’t think Bottas would be able to work his way back into the points.

“We just made a decision that we would bring the car in,” he said. “We couldn’t really see how we would get into the points with him and there was quite a lot of aero damage.

“We were starting to get another vibration on that set of tyres, whether it was that or not we will need to let Pirelli have a look at them.

“But ultimately, we decided scoring anything was such a long shot that it just made sense to bring the car back in.”

Mercedes left Qatar just five points ahead of Red Bull, who brought both cars home inside the top four.