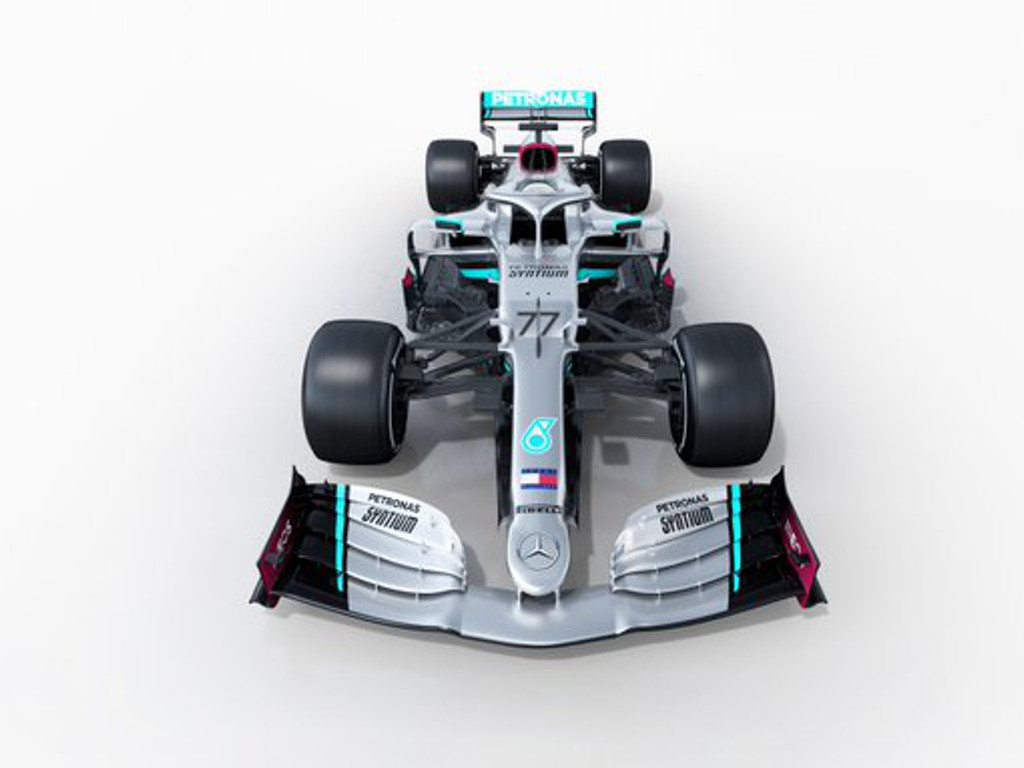 We already knew the W11’s splash-of-red colour scheme but now Mercedes have unveiled the official car, releasing images ahead of Friday’s shakedown.

Mercedes opted for a double reveal this season, first the livery and then the car.

Sponsored by Ineos in a new five-year deal, the colours were shown off on Monday as the team announced the new princple partner agreement and, in doing so, committed Mercedes’ future to F1.

Formula 1, though, was made to wait a few more days to see the official car – or at least renderings of it.

Mercedes has released images of the W11, the car the Brackley team hopes will either carry Lewis Hamilton to a record-equalling seventh Drivers’ Championship title or Valtteri Bottas to his very first.

Either way Mercedes is looking to retain the championship double for an unprecedented seventh successive season.

Love is in the air 🥰 Introducing the #W11!! pic.twitter.com/E4UaT84DRl

Like their rivals, Mercedes have tightened up the bodywork, opting for very narrow sidepods.

Later this morning Mercedes will show off the actual car in the Silverstone pit lane with Hamilton and Bottas joined by motorsport boss Toto Wolff.

Bottas is scheduled to be the first to drive the W11 before Hamilton takes over later in the day.