Home News No new nose for Mercedes in post-test shakedown 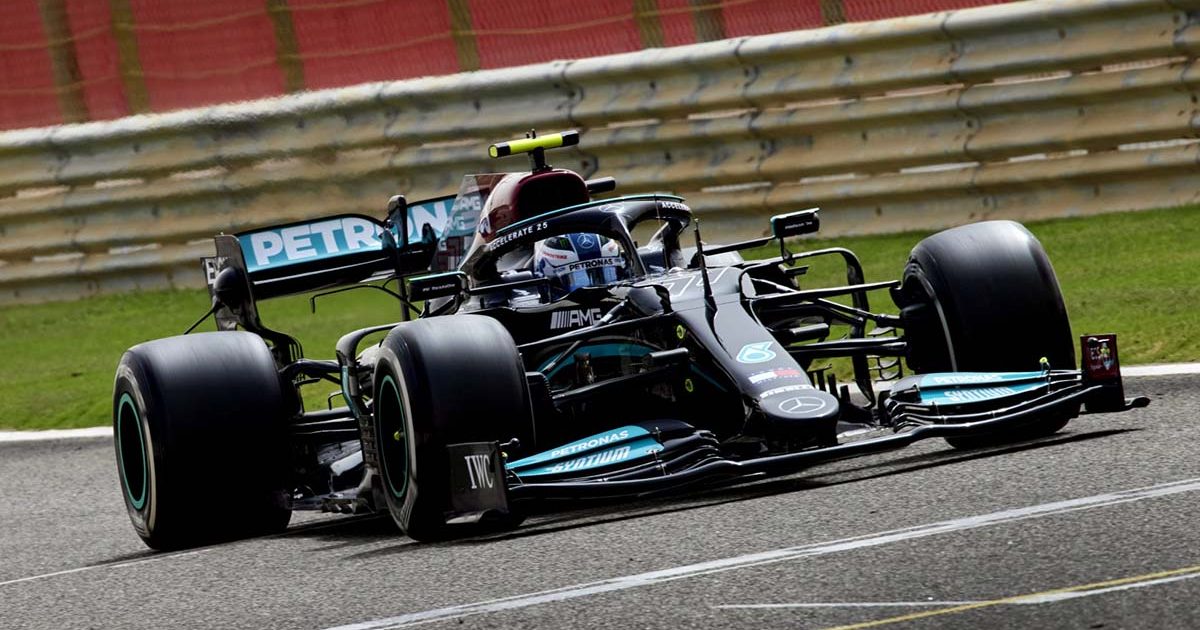 All eyes were back on Mercedes again in Bahrain on Tuesday as they conducted a post-testing filming day at the Sakhir circuit.

Bottom of the lap count charts and staying off the radar in terms of outright pace during pre-season, the Silver Arrows gave an impression of vulnerability heading into the 2021 season – although not many in the world of Formula 1 believe the seven-time consecutive World Champions are actually in crisis mode.

But, while the other teams pore over all the data from the three days of testing, Mercedes had the Bahrain International Circuit all to themselves on Tuesday for an extra 100km of running involving both Sir Lewis Hamilton and Valtteri Bottas.

As Mercedes shared a few shots and video clips on their social media channels, there was a suspicion that the W12 had a new nose fitted and prompted more speculation whether this filming day was, in fact, part of their actual testing programme.

100km… to either iron out the clear instability in the W12, or to trial the parts that some sections of the paddock believe to be waiting in the wings.

Not many laps. Not much time.

Crucial day for Mercedes and for F1 2021. https://t.co/wXjBgETejG

But those initial suspicions that Mercedes had used one of their tricks up their sleeve subsided after it was confirmed that the W12 was using the same specification of nose compared to pre-season testing.

Mercedes just told me it's identical to the nose used during testing. Must be the angle or the lighting that makes it look different. https://t.co/74jcMVjbko

“Everything I’m hearing points to this being a legit filming day rather than a shakedown for anything substantial,” Formula 1 journalist Will Buxton said via social media.

“I understand they’re running the Sakhir GP layout. They’ll get more laps and content from fewer cameras as a result.

“Also means removing most of the med/high speed direction changes that might have given an indication on resolving issues had new parts been run.

“In short then, it’s not all part of some devious masterplan as a few rival teams had feared. It’s a genuine filming day for content capture.

“The troublesome test run has discovered the “hair in the soup,” as Toto put it. The team has a week to fix it.”

Both armed with a W12 then, Hamilton and Bottas headed out onto the circuit.

This is getting out of hand. Now there are two of them. 😍 pic.twitter.com/wU6TLp83XJ

Will the duo be double-trouble for Red Bull this season, or rather will the W12s be trouble for their drivers? We will not know until the Bahrain International Circuit is called into action again for the Bahrain Grand Prix from March 26-28.

As Mercedes ended the filming day with a team photo, it served as a visual reminder of their constant mentality, that this is a strong team with no blame culture.

But 2021 could well be the biggest test of that team spirit since Mercedes’ run of dominance began back in 2014.