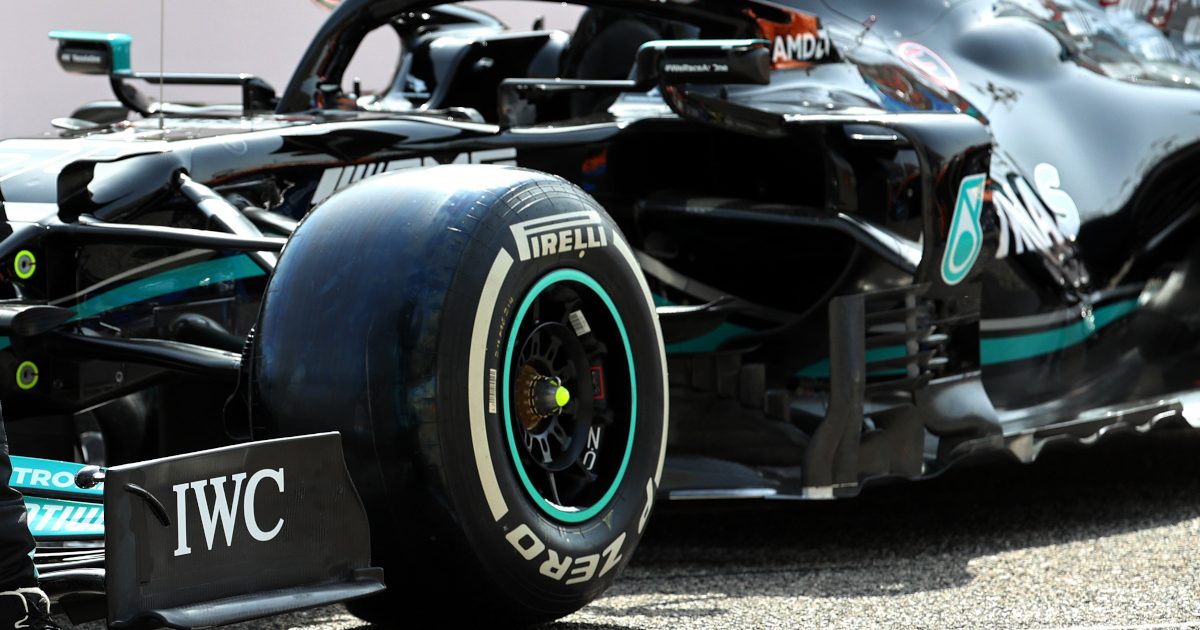 Mercedes’ rivals didn’t have to wait long to get a look at the W12’s new floor with eagle eyes spotting the lasagne shaped design as the class of 2021 lined up in Bahrain.

Mercedes unveiled its 2021 car, the W12, in early March but admitted at the time that they were not showing all the details.

While this year’s cars are evolutions of last year’s given the stagnant regulations, there are changes to the floors and bargeboards in a bid to reduce downforce.

Mercedes said they would not reveal their changes until they had to.

“The bit we are not showing you is down along the edges of the floor, that area is the area that was most affected by the regulations, where they tried to pull performance away from the car by changing the floor regs,” said tech boss James Allison.

“And down there, there is a bunch of aerodynamic detail that we are not quite ready to release to the world, not because it’s not there, but because we don’t want our competitors to see it, we don’t want them starting to try and put similar things in their wind tunnels.

“It just buys us a couple of weeks extra. We all look very closely at what our competitors do, so we know our competitors will be looking, and we don’t have to show it yet, so we’re not.”

But with pre-season testing underway on Friday morning, Mercedes’ hand was forced – and of course social media was on hand to capture the shots.

The edge of the floor Mercedes was hiding from us.#AMuS pic.twitter.com/nXXvvyPqSo

Featuring an undulating lasange-esque edge towards the front tyres, the rear of the floor has a slight curve towards the end and sports a few extra elements.

The floor detail that Merc hid at their launch pic.twitter.com/pN2jNpd8T9

Alpine’s technical director Pat Fry says it will take rivals all of “two days” to copy Mercedes’ floor – or any other design from a rival that catches their attention.

“The secrecy that people are showing at the moment [is] the area around the side of the floor, in front of the tyre, the brake ducts, how people reacted to all that area,” Fry told RaceFans.net.

“I think it’s the things that people will be trying to keep their powder dry on.

“In reality, I could see something on someone’s car and if it’s a different fence in that area or a different shape of floor in that area, I could be testing that in the [wind] tunnel in two days and have it on the car in a week.”

Valtteri Bottas will test the car on Friday morning before handing the driving duties over to seven-time World Champion Lewis Hamilton for the afternoon session.