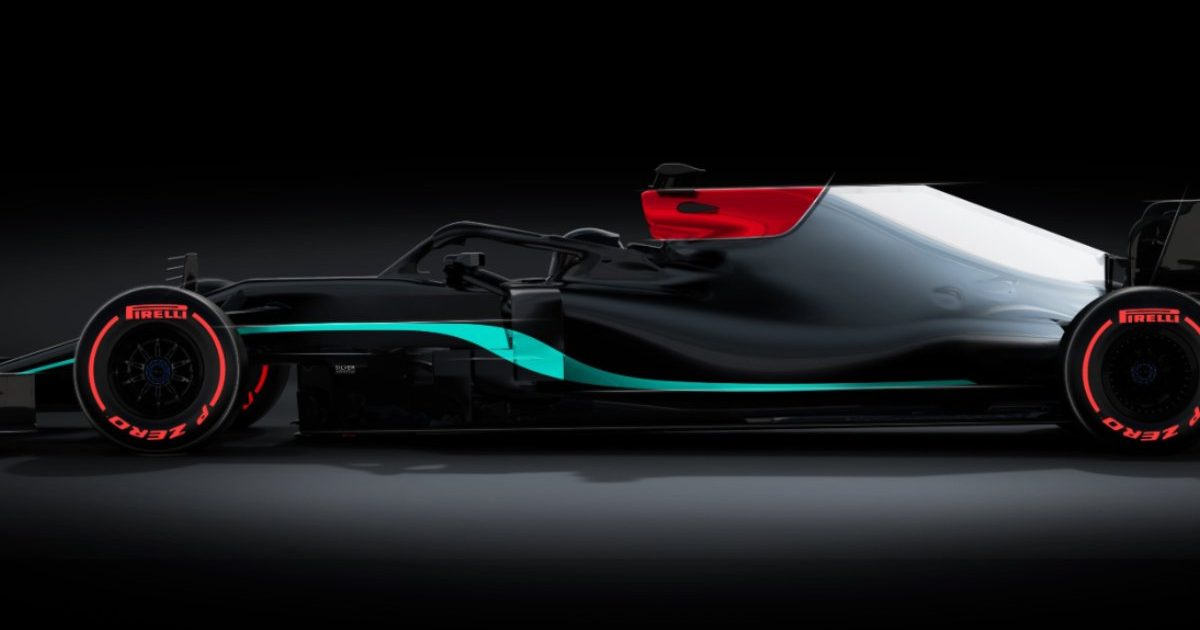 Ahead of the launch of their 2021 car on Tuesday, Mercedes have released a photo revealing what the W12’s livery will look like.

The German team confirmed earlier this year that black rather than silver would remain the predominant colour for the upcoming campaign following the switch to it in 2020 as part of a call for less discrimination and greater diversity in motorsport and the world as a whole.

Since then, they have also shared teasers of the car hinting that red will also be present on it, posting a photo of the red star that they have carried since the passing of Niki Lauda on what would have been his 72nd birthday, as well as a fully red section with the INEOS sponsor on it.

Given that, it was expected that, for the second year running, they would only be the Silver Arrows by name, but it now seems that the traditional colour will also be a part of a brand new look.

As seen in the photo above, the W12 looks set to have a gradient design, starting with black at the front and slowly fading into the classic silver.

The presence of sponsors and the driver numbers will of course alter things, but it seems as if this is what the 2021 Mercedes will look like.

The silver found at the back rather than the black at the front is what the rest of the grid will be expecting to look at more often in the upcoming campaign, with Lewis Hamilton and co expected to be as dominant as ever, and Gene Haas feels that such dominance is killing the sport.

“In 2020 when Ferrari had a reduction in their horsepower, it was pretty obvious that all of the Ferrari-engined cars had horsepower deficits compared to Mercedes, Honda and Renault,” Haas told Racer.

“Our boat’s tied to the Ferrari ship, so when they’re going slow we’re going even slower – I don’t think there’s much you can do about that.

“They built an extremely high performance, high fuel efficiency, durable engine that no other team’s been able to come close to.

“To me, it’s really killed what Formula 1’s all about. More power to Mercedes for being able to dominate so much of the thing, but who wants to go to a race when you know who’s going to win every friggin’ race that’s out there? That just gets boring.”