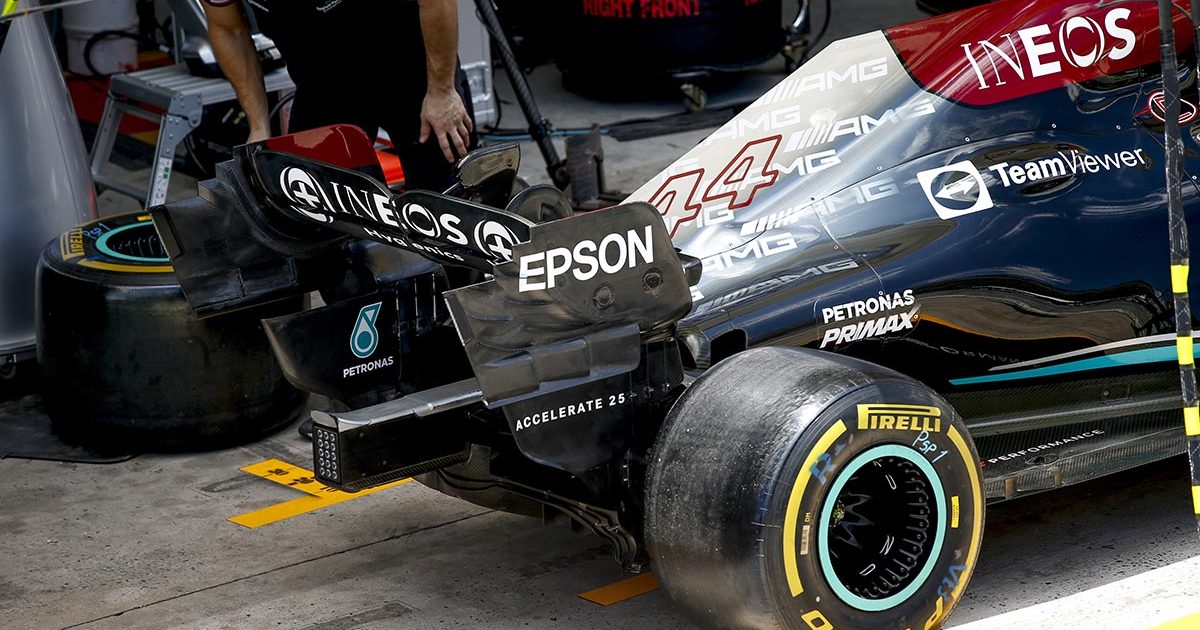 Horner and Mercedes team principal Toto Wolff faced off in the latest FIA press conference during the break between FP1 and FP2 at the Losail International Circuit and, unsurprisingly, it was a tense session as the two were grilled about their rivalries, relationships and ongoing protests between the title rivals.

In amongst all the drama taking place both on and off the track between Mercedes and Red Bull in this epic title fight is a lingering threat of a protest from the latter about the legality of Mercedes’ rear wing.

While no protest been forthcoming as of yet, Red Bull are very much keeping a close eye on this specific part of the W12 car – even World Championship leader Max Verstappen receiving a 50,000 Euro fine for touching the rear wing of Mercedes in Brazil.

After the race in Sao Paulo, Horner would not go into specifics about what exactly was concerning Red Bull about Mercedes’ rear wing. But, at the Qatar press conference on Friday, Horner went directly into detail with Wolff.

And as far as the latest off-track news goes if you're not already watching on the channel, Toto Wolff & Christian Horner are alongside each other in the team bosses' press conference right now..#SkyF1 #F1 pic.twitter.com/NDmfCi3OMQ

“How do you explain the score marks on the rear wing endplate?” Horner asked Wolff, who initially offered to send a Mercedes rear wing to Red Bull for inspection and to cut into “a thousand pieces”.

Wolff replied: “I think that is within of what is allowed and therefore that is ok.

That reply brought a slow nod from Horner, who earlier in the press conference repeated the threat of an official protest being: “Make no bones about it, if we see it on the car here it will be protested.”

“If we believe the [Mercedes] car is not in compliance, we will protest,” Horner told reporters.

“The straight-line speeds we have seen in Mexico and Brazil was not a normal situation. And yes we know that a new engine with Mercedes comes with increased performance.

“But when you have a 27km/h closing speed and you see marks on the rear wing endplates that have been marking up from wings flexing, it is very clear to us what has been going on.”

Horner added in a question asked by The Race about how close a protest was to being lodged: “We will follow the situation closely.

“It depends on what happens this weekend and what we see through the analysis we conduct.

“It’s not just applied to here [in Qatar], in many respects it is even more pertinent to the two circuits coming up [Jeddah and Abu Dhabi].

“But as a competitor, and we know Mercedes have paid a huge amount of attention to our car this season, we are obviously doing the same. It is high stakes and there is an awful lot to play for.

“We just want to make sure it is an equal playing field.”

During the press conference, the FIA confirmed Mercedes’ request to appeal the Turn 4 incident involving Max Verstappen and Lewis Hamilton in Brazil had been rejected.