Home News Mercedes reveal the W12, but not all of it 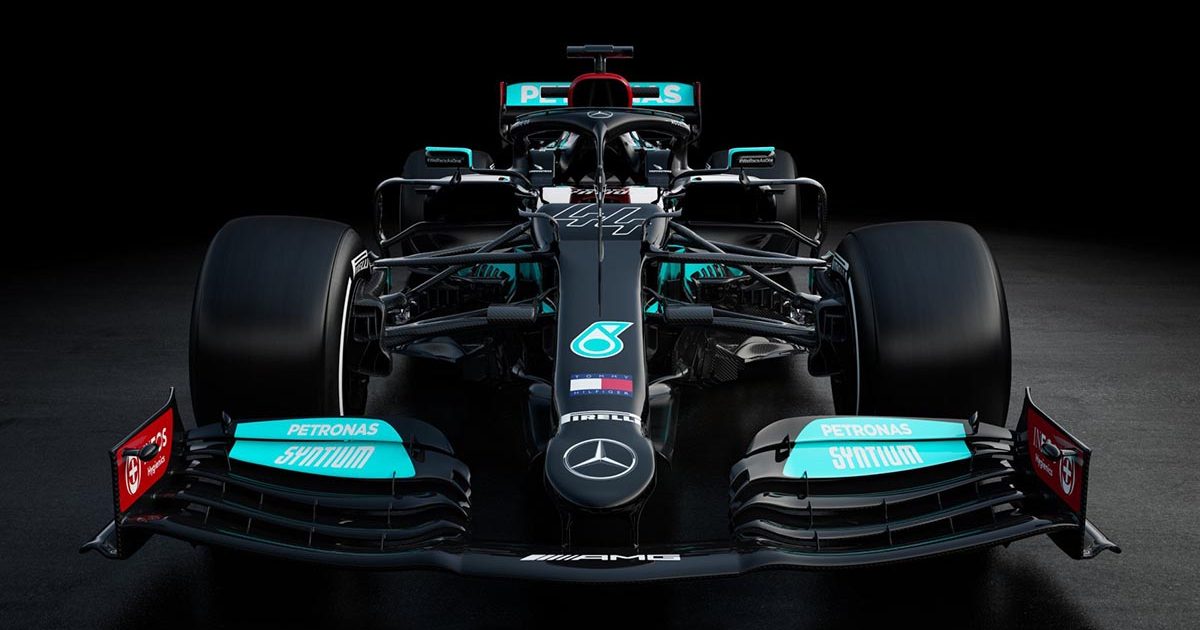 Mercedes technical director James Allison confirmed that the team are keeping key developments on the W12 secret to buy a “couple of weeks”.

The Silver Arrows are the latest team to reveal their challenger for the 2021 campaign, but Mercedes did not reveal all of it.

Instead they are keeping details on the floor of the W12 under close guard. They have followed the Red Bull approach, who released precious few images or videos of their RB16B.

For 2021 the aerodynamic regulations have changed to restrict downforce levels on the cars, and the floor in front of the rear tyres has been the main area of focus. And this is the section of the W12 that Mercedes are guarding.

“It doesn’t take much more than a glance to see that it is an old friend in many ways,” said Allison as he explained the W12 during its reveal.

“But, look a bit closer and you will see there are also some fairly significant differences. Just a glance at the sidepod there, and you will see a rather sexy-looking bulge in the engine cover, which is hiding some of the work that out friends at HPP have done to squeeze more horses into that power unit for us for the year.

“And across the whole car it is actually dressed in new clothes, new aerodynamic finery, that we hope will make it a successful car.

“The bit we are not showing you is down along the edges of the floor, that area is the area that was most affected by the regulations, where they tried to pull performance away from the car by changing the floor regs.

“And down there, there is a bunch of aerodynamic detail that we are not quite ready to release to the world, not because it’s not there, but because we don’t want our competitors to see it, we don’t want them starting to try and put similar things in their wind tunnels.

“It just buys us a couple of weeks extra. We all look very closely at what our competitors do, so we know our competitors will be looking, and we don’t have to show it yet, so we’re not.”

Asked for the biggest new development on the W12, Allison replied: “I think if you leave the power unit out of it for the moment, because that’s HPP’s responsibility, here in Brackley the main area of course has been the aerodynamic development.

“Because most of the substructure of the car was carried over from the year before.

“So aerodynamic development, put as much downforce on the car as possible, but elsewhere on the car developments to try to make it so that the bits underneath can live longer, so that we don’t have to replace them as often so in a budget cap we can operate more efficiently.”

No #F1 launch is complete without a little trip to Los Santos Customs beforehand. pic.twitter.com/wfa89WBuCf

Since large parts of the 2020 challengers have been carried over to 2021, there is an expectation that the new season will feature few changes in the pecking order.

But, while calling it a “touching degree of faith” to expect Mercedes to dominate again, it certainly is not an expectation of their own.

“It’s a touching degree of faith, but certainly not one that we feel here,” said Allison.

“We feel utterly excited about everything that is in front of us, but equally anxious because so much has changed in these regulations at a detailed level that do really punish the car from a performance point of view.

“Have we done enough to recover back that performance better than our competitors? None of us know, yet we know we really care about it and so the anxiety is quite high at this time of year.”

Teams did have a small degree of flexibility to upgrade their chassis between 2020 and 2021 through two development tokens.

But again, Allison was not saying how Mercedes have used them.

“The rules freeze a large chunk of the car, but then give each team two tokens to spend on changing their car,” he said, as quoted by Motorsportweek.com.

“How teams decided what to use their tokens on was entirely up to them – they could implement two smaller changes for one token each or use both tokens at once for one large change.

“We have spent our tokens, but we won’t reveal how we used them just yet. That’ll become clear in good time.”