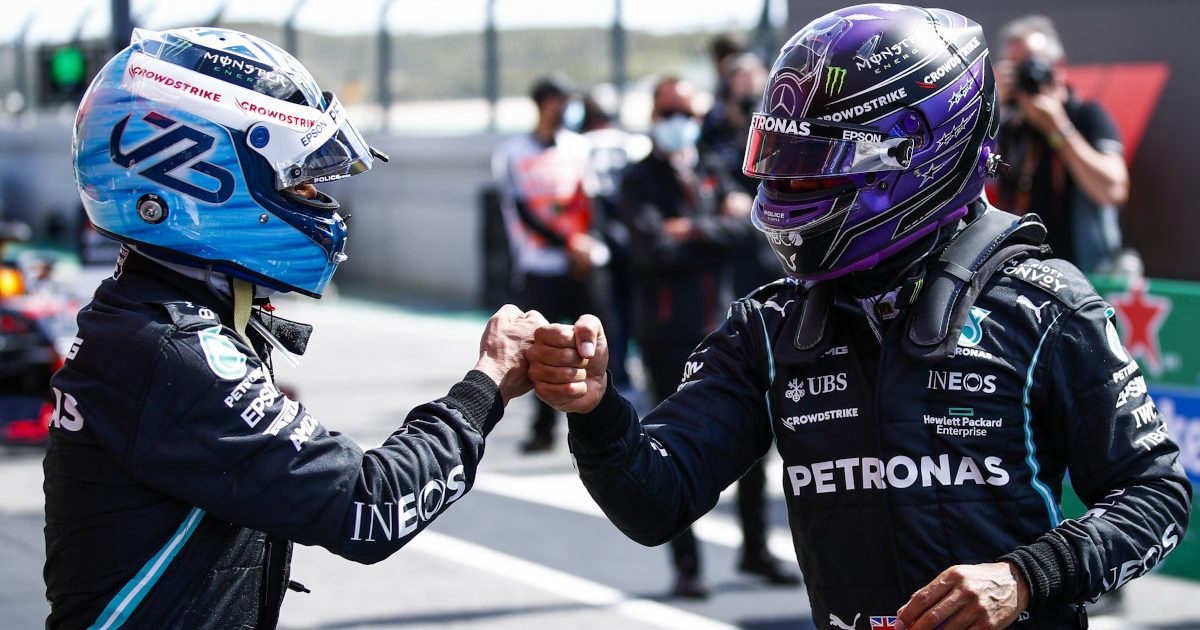 Mercedes won’t jump at issuing team orders as they don’t want to “get a down” Valtteri Bottas, says F1 journalist Lawrence Barretto

Three races into this season, Lewis Hamilton and Max Verstappen are separated by eight points with the reigning World Champion yet again on top of the standings.

The third placed driver isn’t either Hamilton or Verstappen’s team-mate, it’s Lando Norris, with Bottas P4 and 29 points off the battle for the title.

Although it is just three races into a 23-race season it already appears as if neither Bottas nor Sergio Perez are in the fight for the Drivers’ crown.

Instead they look set to play second fiddle, it is just a matter of time before their respective teams begin issuing team orders.

Barretto reckons Mercedes will wait as long as possible as they do not want to dent Bottas’ confidence and motivation.

“I think they will leave it a little bit longer before they start inflicting team orders,” he said during the ‘F1 Nation’ Podcast.

“They definitely can’t afford that with Perez who has now proven he can get that top four slot.

“He did his job in Portugal, he got what Red Bull employed him to do.

“Checo is a clearer number two, but he’s probably gone there accepting that.”

As for Perez, Barretto believes the Mexican racer is already showing Red Bull that he is doing a better job than his predecessors, Alex Albon and Pierre Gasly.

Both drivers were dropped from the senior team after failing to match Verstappen.

“Checo has seen what has gone before him with Pierre Gasly and Alex Albon and how those fortunes have gone,” he said.

Inside he will know that he is already doing significantly better than they were doing.

“He’s been hard on himself, but that’s also because he genuinely thinks he can get that car work in a way that those guys before him couldn’t.

“Right now his head hasn’t dropped, as he knows he has Max not too far ahead if he can get things together.”

Tom Clarkson adds that the best thing Perez can do for himself is focus on his own form, not Verstappen’s.

He said: “Remember that brilliant drive he put in at the first race in Bahrain. I think he came into the season going right I’m not going to get wound up by Max’s pace. I think that was evident in Bahrain.

“Since then he has spent plenty of time looking at Max’s data, and the competitor in him is getting a little bit frustrated with it.

“I really hope he takes a step back though. He is a brilliant racing driver, and he has proved time and time again that he doesn’t need to out-qualify Max to beat Max in the race.”