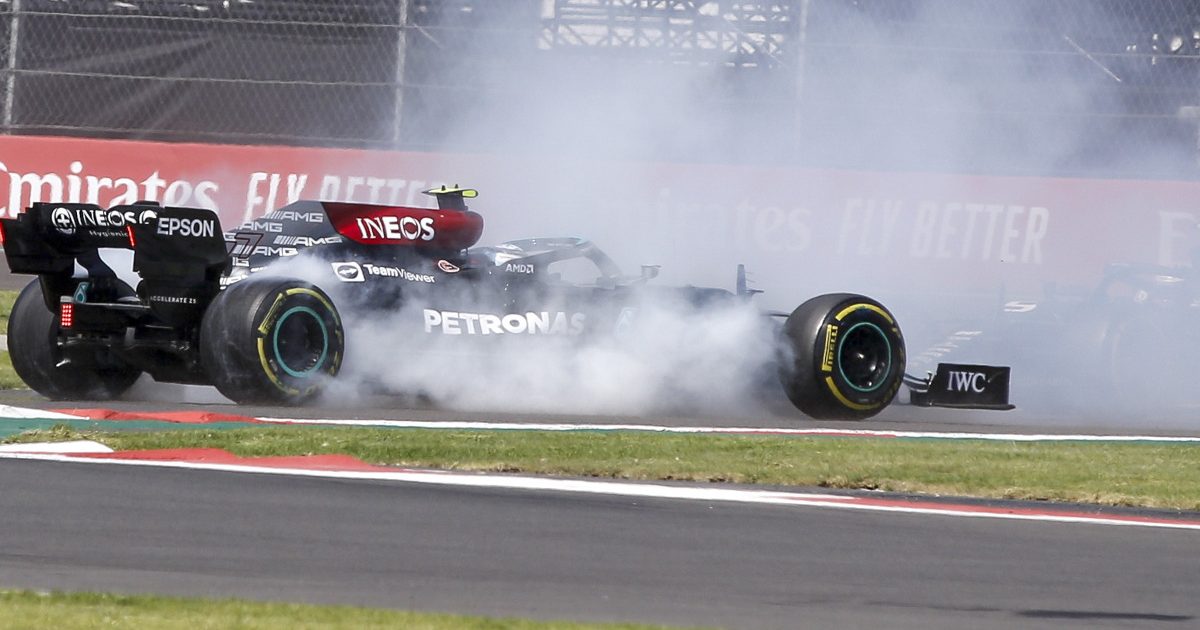 Toto Wolff was “surprised” the stewards decided not to investigate Daniel Ricciardo after he hit Valtteri Bottas at the start of the Mexican GP.

Although Bottas started Sunday’s Mexican Grand Prix from pole position, he fell down to third on the long run down to Turn 1, swamped by Max Verstappen and his team-mate Lewis Hamilton.

The Finn’s afternoon went from bad to worse as he was then tagged by Ricciardo, the light contact pitching him into a spin.

Stopping in the middle of the track in a plume of tyre smoke, Bottas was fortune not to be hit by anyone else although most likely doesn’t see it that way as, once he got going again, he was down in 18th place and the last driver in the race.

Despite it clearly being Ricciardo’s fault, the stewards opted not to investigate the McLaren drivder.

Wolff was surprised by that call.

“Yes, I think the stewards should have a look into it but at that point,” he said after the race.

“In hindsight, it was surprising that they didn’t look at a penalty.”

The decision not to investigate, never mind penalise, Ricciardo came as a surprise to many.

Just two races prior to the Mexican GP, Pierre Gasly was given a five-second penalty for hitting Fernando Alonso.

In that incident the AlphaTauri driver was sandwiched between Alonso and Sergio Perez and had nowhere to go.

Ricciardo was not caught up in a sandwich, he just drove into Bottas.

Asked about what many felt was inconsistency from the stewards, FIA race director Michael Masi said: “No, I don’t think there is a lack of consistency as you’ve got to look at everything on certain merits.

“You’ve got to look at each and every incident and see how it goes. For starters Turkey was wet, this was dry. Completely different corner configuration. There’s a whole lot of things.

“But as I said, I haven’t looked at the incident in great deal whatsoever.”

He added: “Having a look at the proximity of the cars of where they all are compared to each other, there’s a whole lot of different factors that come into it.

“The stewards’ view was that on this occasion it was a Turn 1 racing incident.”

Bottas finished P15 on Sunday, the Finn pitting late in the race to take away the extra fastest lap point from Max Verstappen.