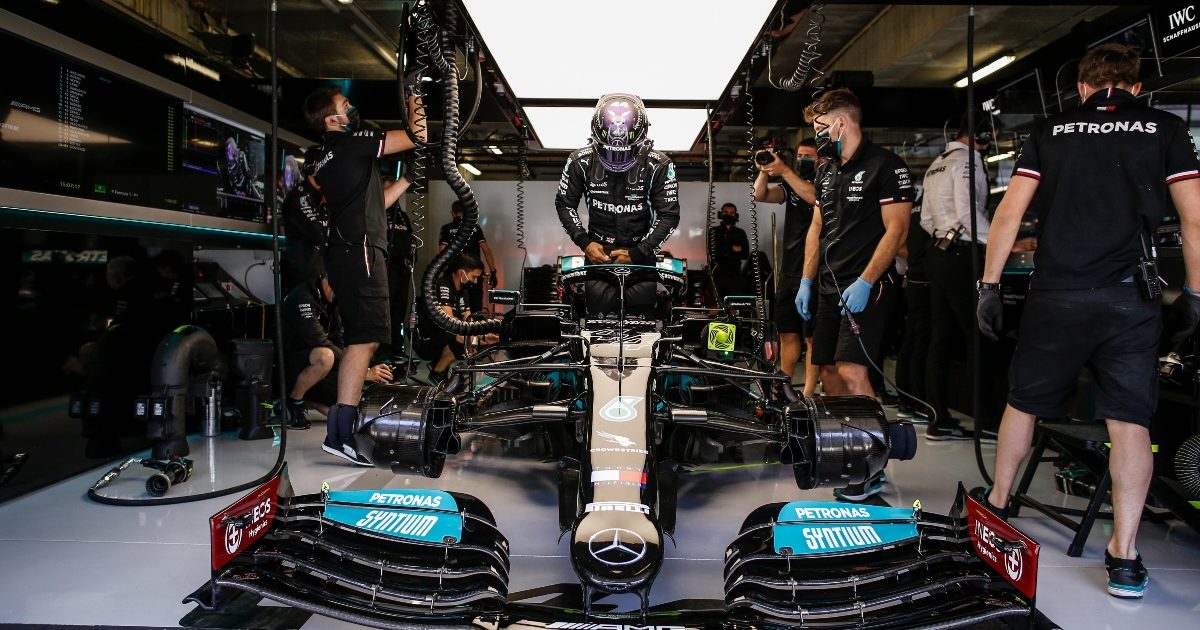 James Allison has explained Lewis Hamilton only took on a new ICE in Turkey, and not the other seven components, because that part was Mercedes’ only concern.

Unlike when Max Verstappen took his engine penalty at the Russian Grand Prix, Red Bull give him a completely new hybrid system, Mercedes opted not to replace all seven parts of Hamilton’s power unit at the Istanbul Park.

Instead he only took on a new Internal Combustion Engine and the 10-place penalty that came with that.

And that, quite simply, is because that was the only part that Mercedes were concerned about.

It was an unusual move as most teams, when they have had to take on engine penalties, have gone the whole way way, feeling a 10-place drop may as well be a 20.

But for Hamilton, a driver racing for a World title, it is a different story.

As such Mercedes decided to only replace the one part that they had concerns about, Allison and co believing Hamilton can see out the season within the allocation of the other six parts.

Hamilton raced from 11th on the grid to P5 in Turkey, falling six points behind Verstappen in the title race.

James Allison says, according to Mercedes data, Lewis Hamilton would have finished in P7 or P8 in Turkey if he didn’t pit.https://t.co/j41u53ChKJ #f1 pic.twitter.com/ddOmCB3ACA

“I’m going to get to the answer of that but I need to just give a bit of background first,” Allison said when asked the question in the Mercedes debrief.

“The so-called power unit, the entire device that propels the car forward is made up of seven different components. The ICE, the Internal Combustion Engine, the Turbo, the MGU-H, the MGU-K, the Energy Store, that’s the battery, the Control Electronics that go with it, and the Exhaust System – that’s seven elements.

“In our car we know that it is going to be a challenge to get to the end of the year with the Internal Combustion Engines that Lewis had, the three that he is permitted. So we had to choose a moment where it was judicious for us to introduce a new one to give us a good shot at running to the end of the championship in good shape.

“Now, we could of course have replaced the entire power unit, but if you do that then you are replacing each of those seven elements, taking ten places for the first and then 10 places for the second and then of course you are at the back of the grid.

“So, the moment you take more than two elements you are at the back and you might as well take all the others to go with it. But in our case the area that we wanted to give the maximum amount of reassurance to us over the remaining part of the season was the Internal Combustion Engine.

“And if we limited our change to just that then we could take just the 10 places, not be at the back of the grid and then our biggest worry at that point would just be the heart in the mouth that we would experience at the start of the race keeping our fingers and our toes crossed that Lewis would get round that first corner safely.

“And indeed, that was a very tense moment for all of us in that damp and slippery start and it was a great relief to see him emerge unscathed around that first corner.”