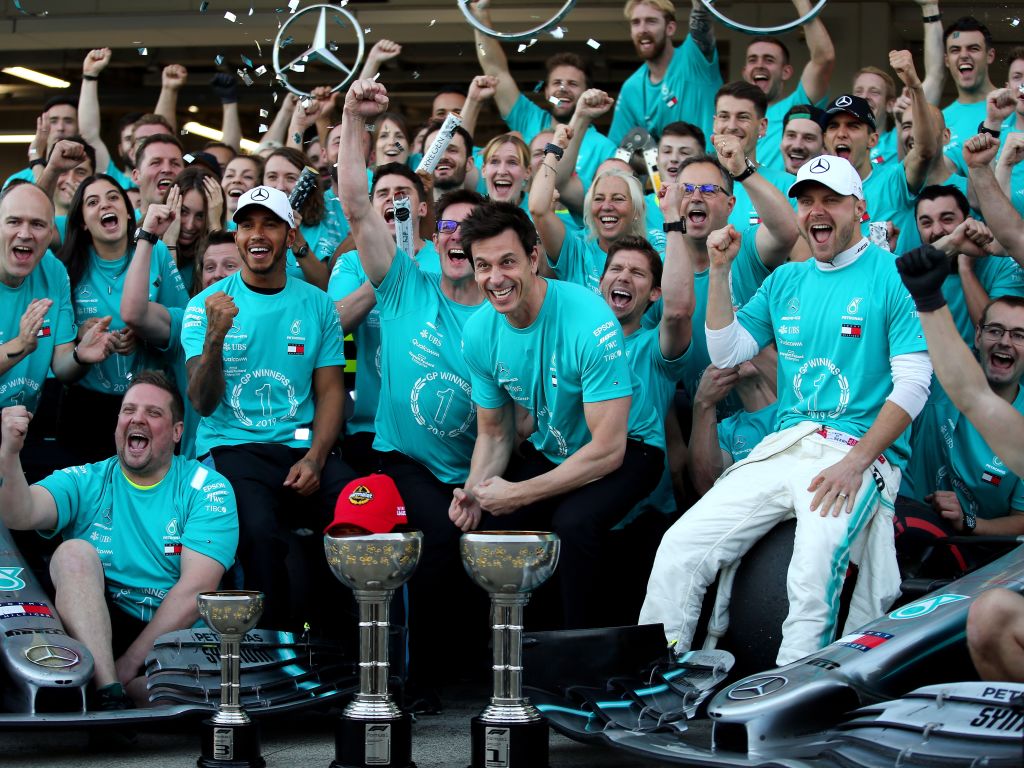 Heading into the race, the Silver Arrows knew they could break Ferrari’s record if they outscored the Italian team by 14 points.

It looked as if they may have had to delay the celebrations for a week when Charles Leclerc pitted to go for the extra point for fastest lap, which would have kept Ferrari mathematically in contention.

However, the Monegasque failed to take it from Lewis Hamilton, handing Mercedes the title and sparking celebrations in Japan and Brackley alike.

The result means only Hamilton and Bottas can win the Drivers’ Championship this season, so Mercedes, who have the Constructors’ title confirmed, just need the formalities to be sorted out between their two drivers.

“A sixth title in a row is so impressive,” race winner Valtteri Bottas said after the chequered flag.

“There’s been so much hard work this year and over the past seven years,” Hamilton told Sky Sports after the race.

“The team have done an incredible job, I’m just really proud to be a part of it.”