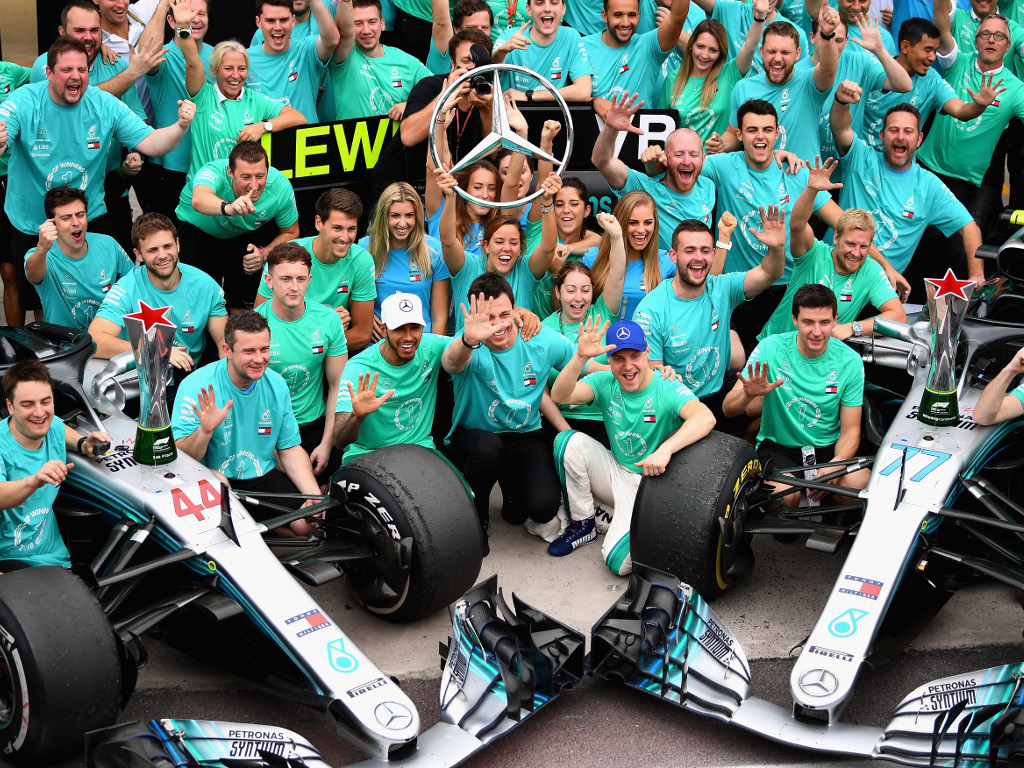 Toto Wolff is adamant Mercedes would not have five championship doubles were it not for the “exceptional” Lewis Hamilton.

Last month the British racer wrapped up his fifth Drivers’ Championship title, his fourth with Mercedes, before helping the team secure the Constructors’ with his Brazilian GP win.

The victory means Mercedes join Ferrari as the only teams in the sport’s history to secure five doubles on the trot.

And Wolff says it would never have happened had they not signed Hamilton in 2013.

“We wouldn’t have won five championships,” he told The Guardian.

“He is an exceptional driver and an unbelievable human and he has been an integral part of the team.

“He is the one in the forefront and in the car. Many people have contributed to the success but clearly it wouldn’t have happened without him.”

As for Hamilton, he acknowledged that it has been a “real battle” getting to five, praising everyone at Mercedes for their hard work.

“I think that might have been the best moment I have had with this team,” he said. “I have never seen the guys so happy.

“We have been together a long, long time, I was hoping the guys could feel what I was feeling and I saw it and we shared it and I will remember that moment for the rest of my life. I am so emotionally drained.

“It’s hard to contemplate what has happened in the last six years. It has been an incredible journey and by no means easy for anybody, it has been a real battle for all of us.”