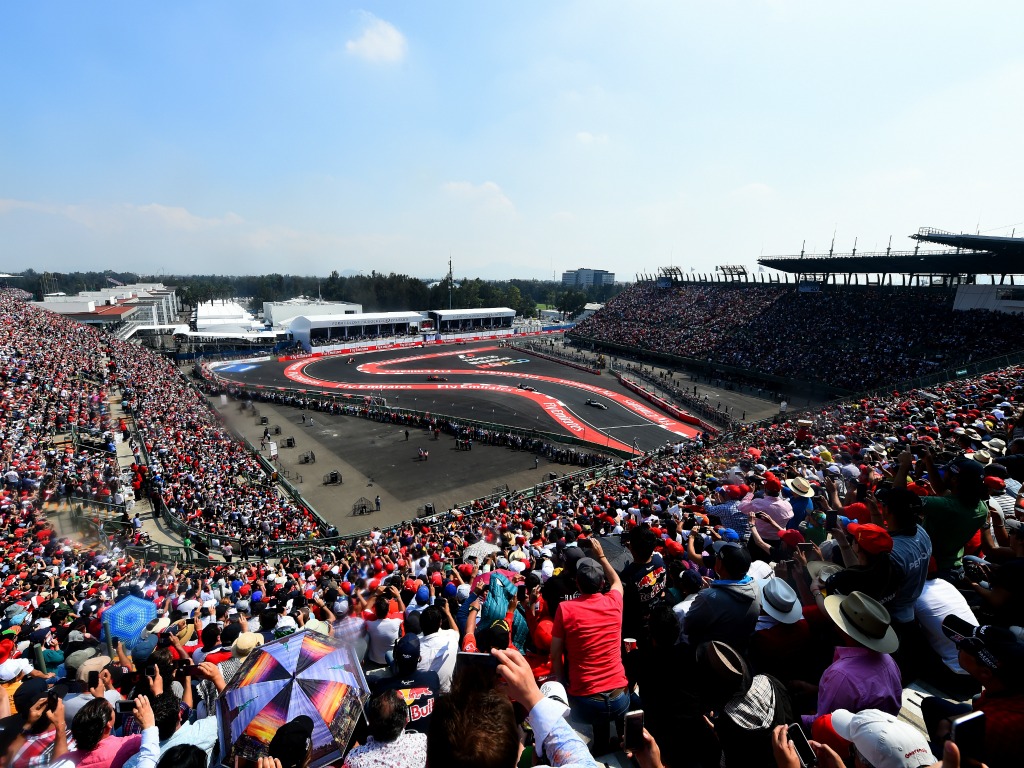 Lewis Hamilton is within touching distance of a fifth F1 world drivers’ title as the 2018 roadshow moves on to the Mexican Grand Prix this weekend.

The British ace failed to clinch another crown when finishing only third in the United States Grand Prix in Austin, as Ferrari’s Kimi Raikkonen and Red Bull’s Max Verstappen kept him at bay.

Here is a guide to all you need to now about the upcoming weekend at Autodromo Hermanos Rodriguez – including details of how to watch the race on TV, the latest betting odds and what Hamilton needs to do to win the title.

What time does the Mexican Grand Prix start?

The start times for the Mexican Grand Prix are as follows:

Where does the Mexican Grand Prix take place?

The Mexico City circuit, otherwise known as the Autodromo Hermanos Rodriguez – named for the famous racing drivers Ricardo and Pedro Rodríguez, is located within the public park of the Magdalena Mixhuca Sports City in southeast Mexico City.

Revamped in recent years, Mexico City returns to the Formula 1 calendar in 2015, slotting in as the third last grand prix of the calendar.

The circuit, which was first used for a non-Championship race back in 1962, comprises 16 corners of which the final corner – the peraltada – is the fastest of all.

That leads onto a long start/finish straight that will make for a thrilling run to the first corner. The track is 4.309km long and Sunday’s race will be run over 71 laps.

Where can I watch the Mexican Grand Prix on TV?

Mexican Grand Prix weekend – including the race proper – will be screened live in the UK by pay-TV broadcaster Sky Sports on its dedicated Sky Sports F1 channel. Highlights will be aired by free-to-air broadcaster Channel 4.

The Mexican Grand Prix will be shown live on TV by the following outlets in other key markets:

What is the weather forecast for the Mexican Grand Prix?

The Mexican Grand Prix was first held in 1962 with the likes of Jim Clark – the all-time leader with three successes – and Graham Hill among the early winners. After a hiatus between 1971 and 1985 the race resumed in 1986 and Alain Prost (twice), Nigel Mansell (twice) and Ayrton Senna joined the roll of honour. After Mansell’s second victory in 1992, the race wasn’t held again until 2015. Since then the winners have been:

What are the odds for the Mexican Grand Prix?

World title scenarios – what does Lewis Hamilton need to clinch?