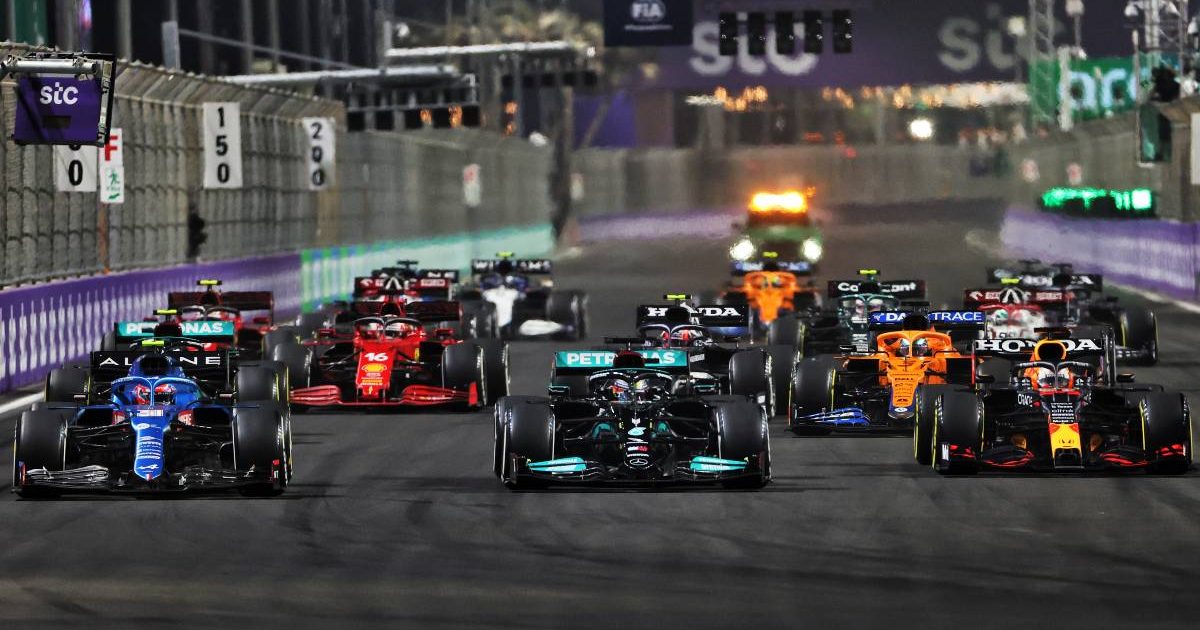 Michael Masi says Max Verstappen’s grid ‘penalty’ for the second restart of the Saudi Arabian Grand Prix resulted from an “offer” rather than a ‘deal’.

A predictably chaotic first race at the Jeddah Corniche Circuit featured three standing starts due to two red-flag stoppages – one caused by a Mick Schumacher crash and the second by a collision that ended the races of Nikita Mazepin, George Russell and Sergio Perez.

For the third and final occasion when the cars formed on the grid, Verstappen should have been at the front but instead lined up third following an incident where he had clashed with his World Championship rival Lewis Hamilton at the previous restart.

This ‘grid drop’ came about following separate conversations between Masi and the sporting directors of Red Bull and Mercedes, Jonathan Wheatley and Ron Meadows respectively, where they agreed to that course of action rather than Verstappen being given a penalty.

It was referred to during broadcast coverage as a “deal”, but in speaking about the episode later the FIA race director preferred to use different terminology – and insisted the seemingly unusual chain of events had been anything but irregular.

“I wouldn’t call it a deal,” Masi told the Formula 1 website. “From a race director’s perspective I have no authority to actually instruct the teams to do anything.

“In that situation I can give them an offer, the ability to do that, but the choice is theirs.

“The stewards are obviously empowered to impose penalties but I can give them my perspective. That’s why I offered them (Red Bull) the ability to give that position up.

“It was as a result of the red flag that came about with the incident at turn three. The priority in any red flag situation is to make sure the drivers are safe, then to activate the recovery and the marshals can clean the track and so forth, so it probably seemed a bit elongated compared to normal.

“However, it’s very much a normal discussion that takes place.”

The Australian insisted there had been precedents not only during this season but in past campaigns too, and that he acted as soon as he had seen the first of three incidents during the race for which Verstappen was penalised for skirmishes with Hamilton.

“Immediately when I saw it happen at turn two I suggested to the stewards I would give the team the ability to give that place back,” explained Masi.

“The red flag obviously ensued very quickly thereafter and that was absolutely the priority before we got going again. Being under a suspension, it was the ability to effectively correct that before we went racing again.

“Very much a normal discussion that happens on a number of occasions and has had all year and previously.”