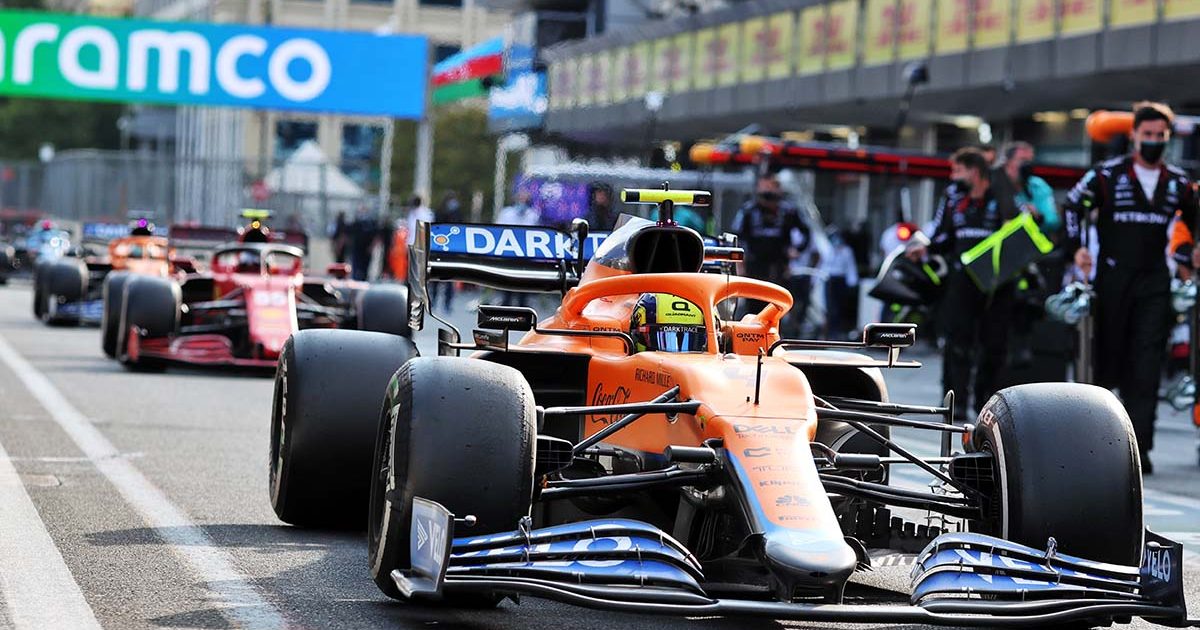 Lando Norris’ complaint over a penalty for a red flag infringement in Baku was given pretty short shrift by FIA boss Michael Masi.

The McLaren driver was slapped with a three-place grid drop and had three penalty points added to his super license for his actions following a red-flagged qualifying session at the Azerbaijan Grand Prix.

Whilst Norris was at a part of the track which required a very quick decision to head into the pit lane, but what wasn’t tolerated by the governing body was Norris then speeding up again down the straight towards the first turn.

Rather than take the punishment on the chin, Norris was critical of what he felt was an “unfair” decision – but Masi has now dismissed those complaints completely.

“To be fair, the first part is when, from karting all the way through to Formula 1, when a red flag is displayed, the meaning of that is very clear,” Masi told reporters in Baku, as quoted by RacingNews365.

“Slow right down and come to pit lane immediately. So that there’s no ambiguity from a six year old, who’s in their first karting event through to Formula 1 is consistent across all circuit racing around.

“With regards to the penalty points and and the actual penalty itself, obviously, the stewards can apply any of the penalties and any penalty points that they see appropriate in an incident.

“Yes, they do have a guideline to use.

“But, in this circumstance, they saw that it was fit to not apply what the guideline said because of the mitigating circumstances, which was a harsher penalty.

“However, with regards to the penalty points, they felt that it was appropriate being a red flag infringement.”

Despite the grid penalty to overcome, as well as a tricky race, Norris finished in the points with a P5 result in Baku – the only driver to collect points in all six rounds of the 2021 season so far.

“It was pretty intense,” Norris told Sky F1 after the race. “I think one of the nice things was you just have so much grip, low fuel, new rubber – it was like a race in qualifying really.

“It’s cool, it went our way and we gained two positions, which I guess is why I’m happy. It was just another opportunity for us to gain some more positions, which we did, so I’m thankful for that.”