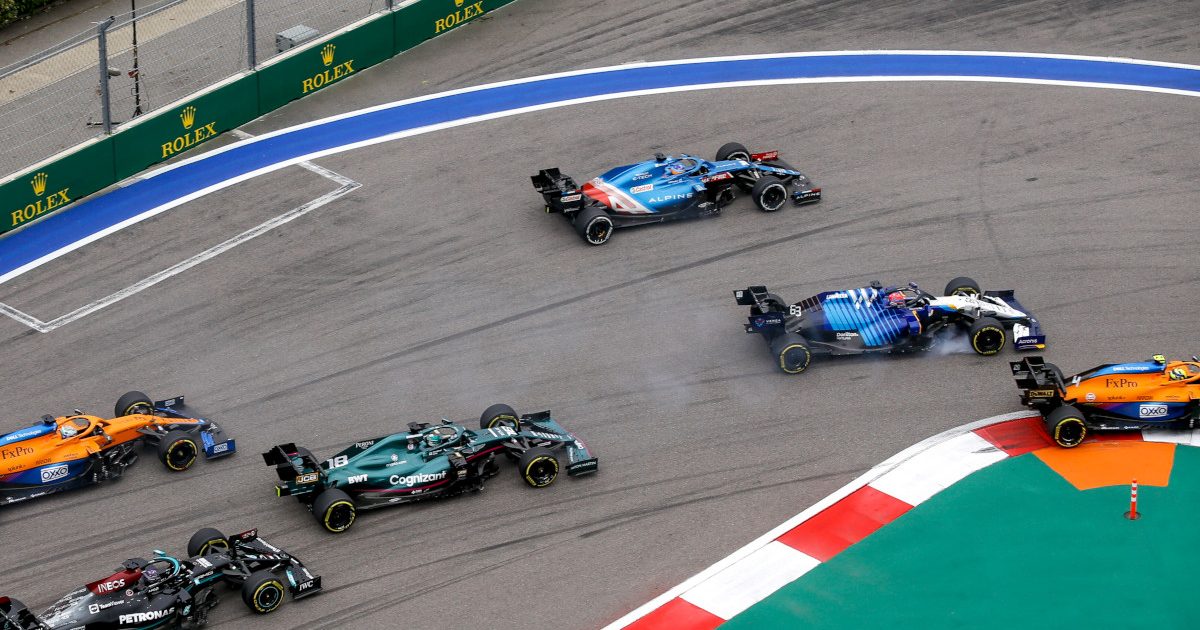 Michael Masi insists Fernando Alonso “didn’t get away” with straight-lining Turn 2, saying he returned to the track as per the regulations.

Alonso made a flying start to the Russian Grand Prix, so much so that he wasn’t able to brake for Turn 2, went shooting across the run-off area, then rejoined the grand prix in fourth place. He had started P6.

That raised some eyebrows amongst fans who questioned whether it was fair as he had cut the corner, and made up positions.

“He didn’t get away with it,” said the Australian. “The teams are well and truly aware of this.

“On the first couple of turns of any race, if there are areas like that the drivers need to get back behind the driver that they entered behind, which Fernando did, very quickly, as did the other three drivers that went off there.”

Alonso was behind George Russell when he went off, and lined up behind the Williams driver when he returned to the track.

What a race at Sochi on Sunday

And it all started in style with Lights Out 🚦🚀👀#RussianGP #F1 pic.twitter.com/s4FlrRUwxU

The other three being Pierre Gasly, Antonio Giovinazzi and Max Verstappen, Alonso just seemed to benefit the most of the four.

It was noted by the stewards that the Alpine driver, and the other three, all rejoined in the manner set out in Masi’s pre-race notes.

They dictated that “each time any car fails to negotiate Turn 2 by using the track and has any part of the car over the first orange kerb element prior to the apex, or passes completely to the left of the orange apex sausage at Turn 2, they must then rejoin the track by driving around the array of blocks as indicated by the arrows before then rejoining the track at Turn 2.”

All four did just that, while also rejoining behind the driver that was in front of them when they went off.

Masi explained as per The Race that the rule governing that came about after Sergio Perez’s 2019 French GP antics.

The then Racing Point driver cut the run-off area between Turn 3 and 5, rejoined as laid out in the race notes, but still made up positions.

“From that point forward, for the first few corners where that happens, either the team automatically tells them to give the position back to where they entered the corner or I would suggest it,” said Masi.

“We looked at all four of those that went off today and all four did exactly that, which is why it was up there as noted immediately and once we looked at all of them there was no investigation necessary.”