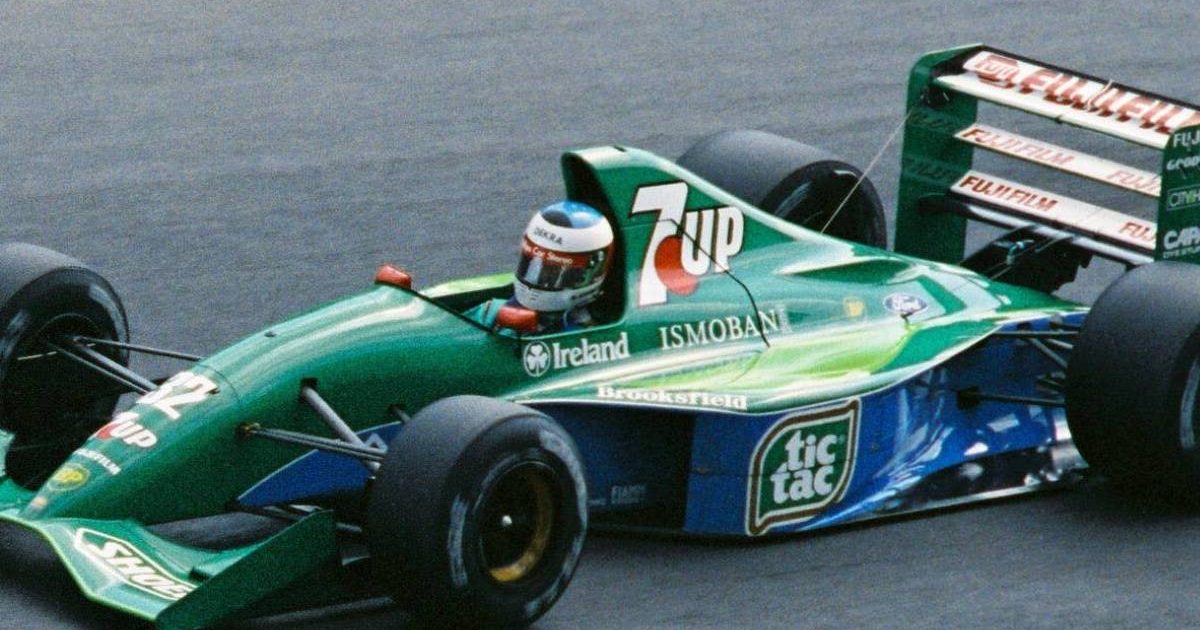 The iconic Jordan 191, in which Michael Schumacher burst onto the Formula 1 scene, has been put up for sale.

Already this car was, and continues to be, one of the most fondly remembered in F1 history, sporting its 7 Up-inspired green and blue livery.

It is not only the looks though that builds the Jordan 191’s reputation – it also provided a Formula 1 debut to the driver who went on become one of the greatest the series has ever seen.

Schumacher was drafted in by Jordan for the 1991 Belgian Grand Prix, replacing the imprisoned Bertrand Gachot.

As it turned out, he had lied to team owner Eddie Jordan about having prior experience of driving the Spa-Francorchamps circuit, but any frustration was soon gone once Schumacher showed what he could do when given the chance.

Qualifying P7, Schumacher had matched Jordan’s best result of the season, and although clutch problems forced him to retire on the first lap of the race he had already caught the attention of the paddock.

Schumacher rose to fame in the years to come as he collected seven Drivers’ titles across stints with Benetton and Ferrari. Now members of the public have the chance to buy the Jordan 191, a piece of history which marks where it all started.

Of course, it will not come cheap. Historic car dealer Speedmaster Cars want £1.25million for a deal to be struck.

“It was just so easy to drive,” Eddie Jordan previously told Motor Sport as he described the 191.

“Easy to drive, very beautiful and quick straight away – often a good sign!”

“Most recently, the car has been demonstrated at the Masters Historic Race Weekend at Donington Park in 2021,” their description adds.

More information on the Jordan 191 and how to make it yours can be found here.