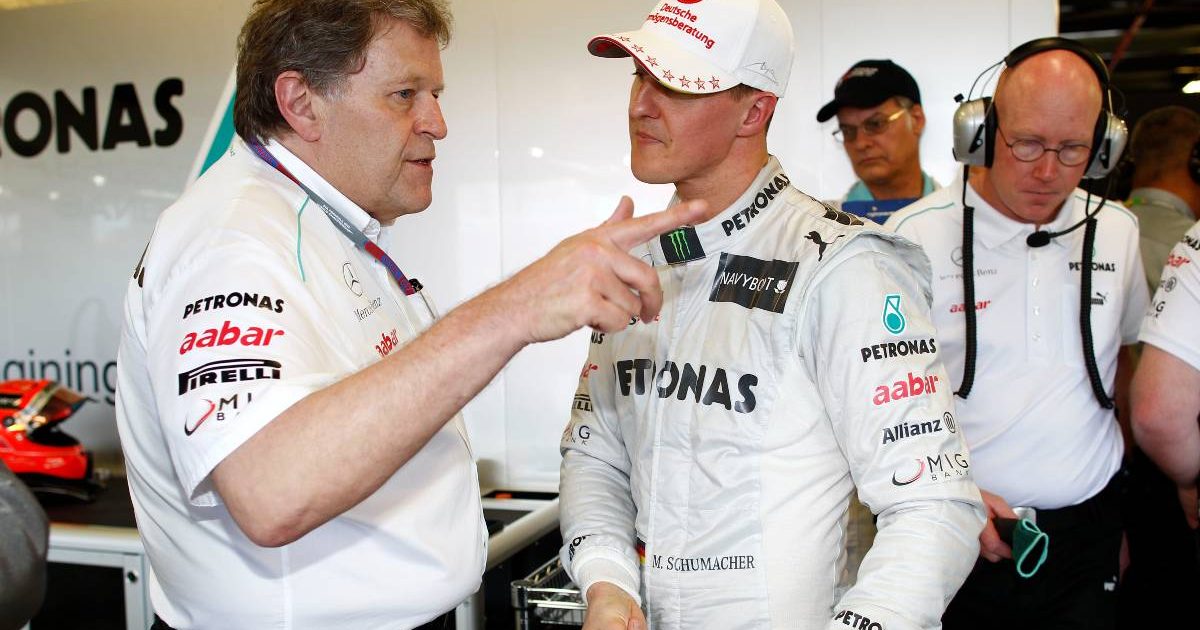 Norbert Haug thinks Michael Schumacher had all the attributes to make a successful Formula 1 team manager.

Sadly, that prospect is extremely unlikely to ever become reality following the skiing accident days before the end of 2013 since when the seven-time former World Champion has not been seen publicly, his health a closely-guarded secret.

But for that dreadful intervention, Schumacher had the potential to have become a team principal with the best qualities of a Toto Wolff or Christian Horner, according to Haug.

The 68-year-old German was the vice-president of Mercedes’ motorsport activity, having joined the company in 1990 in a tenure that lasted for 22 years.

He therefore worked with Schumacher when the former champion returned from three years in retirement to spend three seasons with Mercedes, before both of them exited the team at the end of 2012.

“He [Schumacher] would have made the perfect top manager,” Haug told Auto Motor und Sport, saying that, unlike Alain Prost who made the move from driver to team boss, he would have been “no less successful” outside of the car.

“In his personal development, Michael set no slower pace than on the racetrack. He spoke polished English, was perfectly fit, smart and always full of energy.”

Haug also described Schumacher as a “really good buddy” with whom he liked to share a drink and a laugh after races.

“Michael was always empathetic in dealing with the mechanics and team members, he motivated everyone, knew birthday dates by heart and asked about family and children,” he added.

In terms of the ability to work with a team and build unity around him, Haug’s words about Schumacher fit in with those of his Mercedes performance engineer Jock Clear during an interview with SportBild this week.

“Michael was exceptionally good at working with the team,” said Clear, who now mentors Schumacher’s son Mick at the Ferrari Driver Academy and in his rookie F1 season with Haas.

“He understood how to motivate people. Michael knew how to work with people, how to win people over and unite them.

“That’s how you win and he understood that in its entirety. In every aspect of what he did, he took control of the situation.”