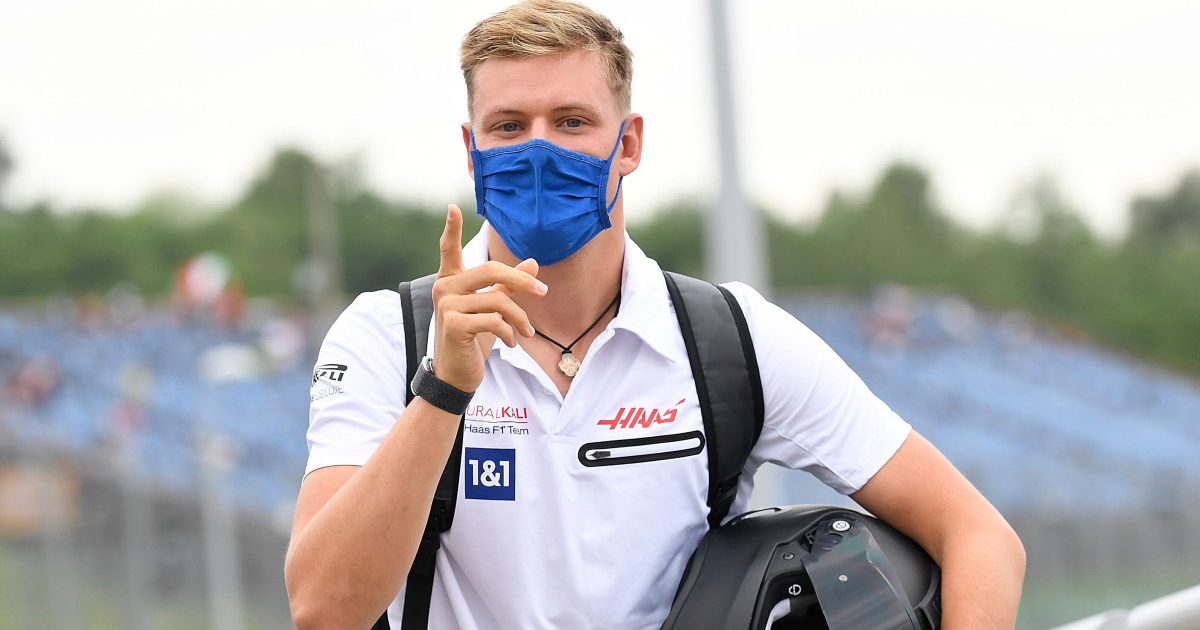 Mick Schumacher said that making Q2 for the first time was a “very big highlight” of his fledgling Formula 1 career.

For Schumacher it has been somewhat of a blessing in disguise to learn the ropes in Formula 1 at the back away from the pressure, but it does of course have its drawbacks.

The main one being that a Formula 1 driver’s dream is not exactly to be lapping at the back in an inferior car.

But, it has not all been about frustration, with a first Q2 appearance arriving at the British Grand Prix proving to be the German’s biggest high of 2021 so far.

“Overall, I’m quite happy. It’s tough, because we knew it was going to be difficult for us to fight for points and everything,” he told Sky F1 when asked how he felt about his first half-season in Formula 1.

“But we’ve had a Q2 appearance – that was a very big highlight of mine.

“It’s important for me to do (sic) mistakes because from the mistakes, you learn. The good thing is we’ve never done a mistake twice up to now, so that’s very positive.”

Schumacher said that all of the drivers on the grid have been “very welcoming” to him, and hopes that “in the near future we’ll be able to fight with them“.

For that though, Haas are going to need to find major gains in 2022, or perhaps Schumacher will find a more competitive seat.

As a member of the Ferrari Driver Academy there are other options that could potentially open – Schumacher has been linked with Alfa Romeo for 2022.

And over the summer break is when Schumacher expects such talks with Ferrari about his future to take place.

“It’s probably around the summer break where things will intensify on that side,” he confirmed.

“With Ferrari, we’re always in contact about it, but again, it’s been something where I didn’t really put my thoughts – it’s mainly in the summer break where we’ll talk about it and see what direction we’ll go for.”

After the summer break, regardless of whether or not he knows his future for 2022, Schumacher will be able to return to the track with a fresh mind.

And having already made it to Q2 in an “under-developed” car, Schumacher has given himself belief that there could be further strong races this season.

“It’s tough but you have to see it in the way that, even in a car which is under-developed, we’re still able to get into Q2. It’s those moments that we’re fighting for,” he explained.