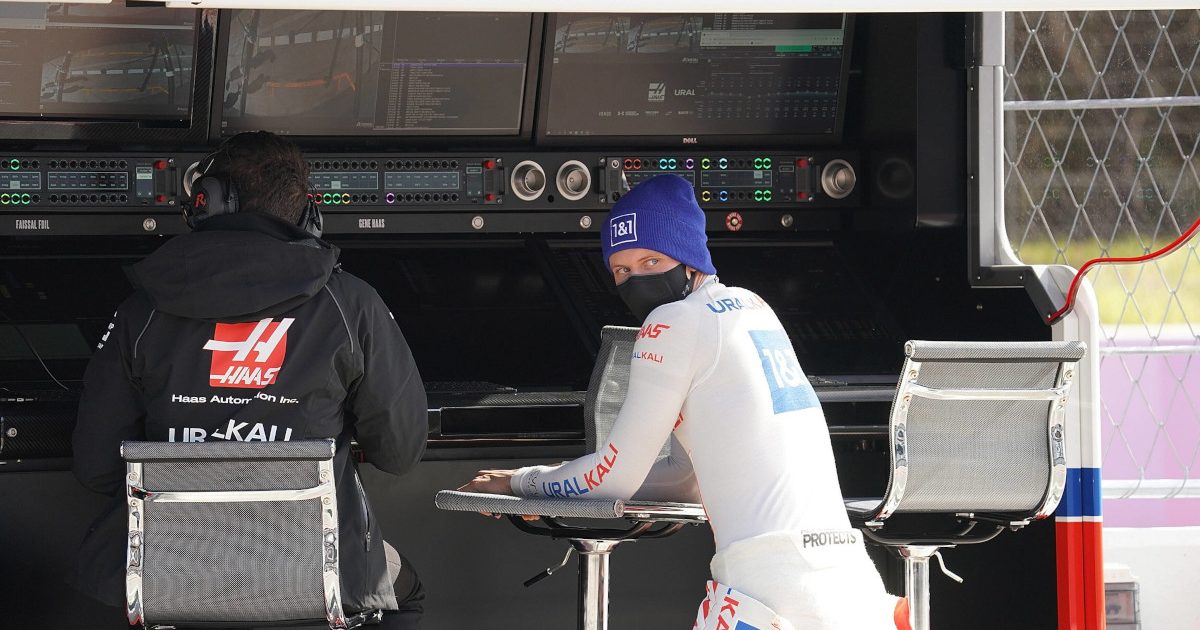 Mick Schumacher has downplayed the differences between last year’s cars and this year’s all-new contenders, after all they “still go in circles and quick”.

Formula 1 welcomed the start of a new era on Wednesday, the teams taking to the Circuit de Barcelona-Catalunya for the start of unofficial pre-season testing in their first group outing in the all-new cars.

This year the Formula 1 cars are completely different to last season’s, the sport moving away from over-car airflow to ground effect aerodynamics meaning a suction is created underneath the car to pull it onto the track.

The intent of the new regulations is to enable cars to follow each other far more closely while also reducing overall costs by simplifying the designs.

Schumacher replaced his team-mate Nikita Mazepin for the afternoon’s session but managed just 23 laps after suffering floor damage on the VF-22.

While it wasn’t the track time that either he or Haas wanted, it did him an idea about the general handling of his new car compared to last year’s.

“I wouldn’t call it night and day,” he told Motorsport.com. “We still go in circles and quick.

“There’ll be different concerns compared to last year and it’s just about a matter of being one of the quicker drivers to analyse them and understand them, so that you at the end have the tools you need to survive the race the right way.”

The one thing that did stand out for the German was how heavy the car is, this year’s minimum weight being upped from 752kg to 795kg.

“I think that the main thing is the weight,” Schumacher said.

“Obviously, that plays a role in nearly every corner. Mostly low speed corners though. Overall though, I do enjoy driving these cars. I think the initial thought is positive.”

As for the damaged floor, Schumacher says that is “taking quite a beating” with the new cars.

“I think every team has issues with that,” he added. “So it’s just a matter of trying to [be] one of the quickest teams [to fix it] so that we are able to be at the front.

“It seems like it’s a concern overall for every team. So yeah, I think it will be one of the things we’ll focus on. And I think the first one to fix that will probably be up ahead.”