Home News Mick enjoyed being ‘thrown in the cold water’ 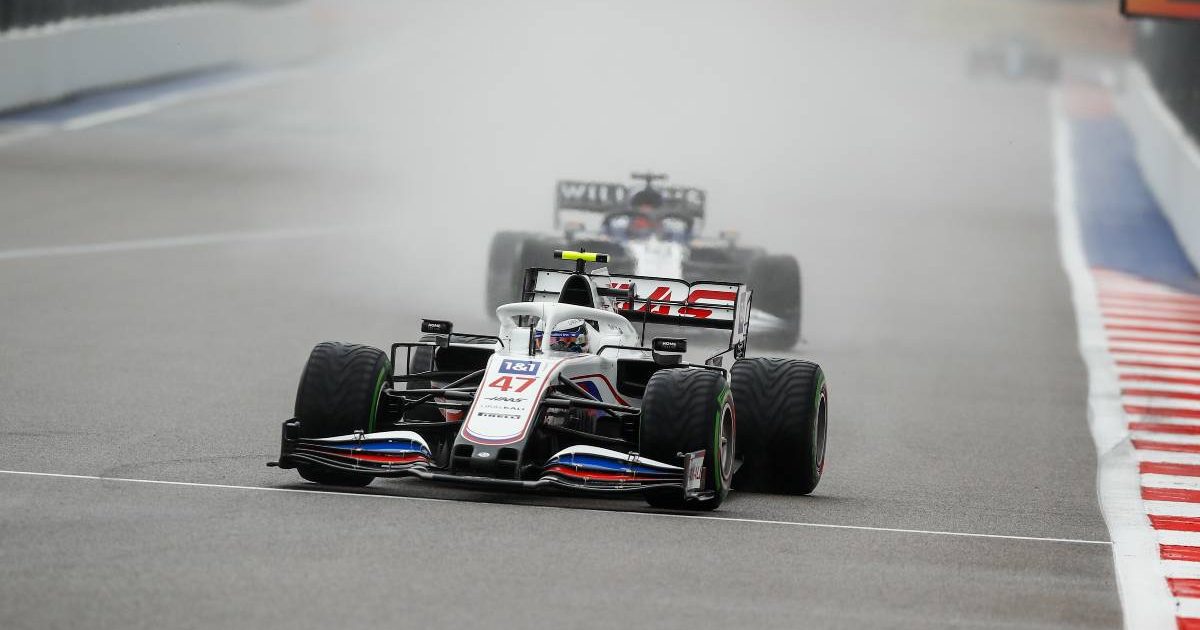 Mick Schumacher did not get the “little secret Q2 appearance” he wanted, but still enjoyed a tricky damp qualifying session for the Russian Grand Prix.

The German had thought the drying Sochi surface may just provide an opening to advance into part two rather than his usual early exit, but it was not to be.

However, Schumacher will line up with several cars behind him on the grid. As well as his Haas team-mate, Nikita Mazepin, the reigning Formula 2 champion will be ahead of Nicholas Latifi, Charles Leclerc and Max Verstappen, all of whom have taken engine penalties, and Antonio Giovinazzi, who failed to recover from an early spin.

That leaves Schumacher starting 15th, which is probably the best he could have hoped for even if he had made the initial cut.

“For the position, I was hoping for maybe a little secret Q2 appearance. Obviously that would have been great,” Schumacher told Formula 1.

“The lap felt okay. I think there was a few mistakes, maybe two or three tenths in it. Obviously that wouldn’t have been enough to go into Q2 but at least [would have been] close. So I think a bit frustrated, but very happy on the other side. I think we as a team made a great job.”

And he enjoyed the challenge of going straight into qualifying on a wet circuit, without any prior experience with FP3 having been cancelled due to heavy rain.

“I love it. I think that’s the best conditions, honestly,” enthused Schumacher. “You get thrown into the cold water.

“If you’re the fastest, you’ll find your way around and be the fastest on track. I’ve always enjoyed it in the past and hopefully we’ll have some rain tomorrow.”

Although Mazepin’s recent pace has been much more on a par with Schumacher’s than previously this season, that was not the case in his home qualifying session as he was the slowest of the 19 drivers to set a time – Verstappen did not because of his penalty – by a huge 2.741 seconds.

“Obviously the conditions are very different,” said the Moscow-born driver.

“I was just really struggling out there. Massive entry oversteer and mid-corner understeer. Nevertheless, the position’s not really that different to what it could have been, but it felt pretty tough to drive.”