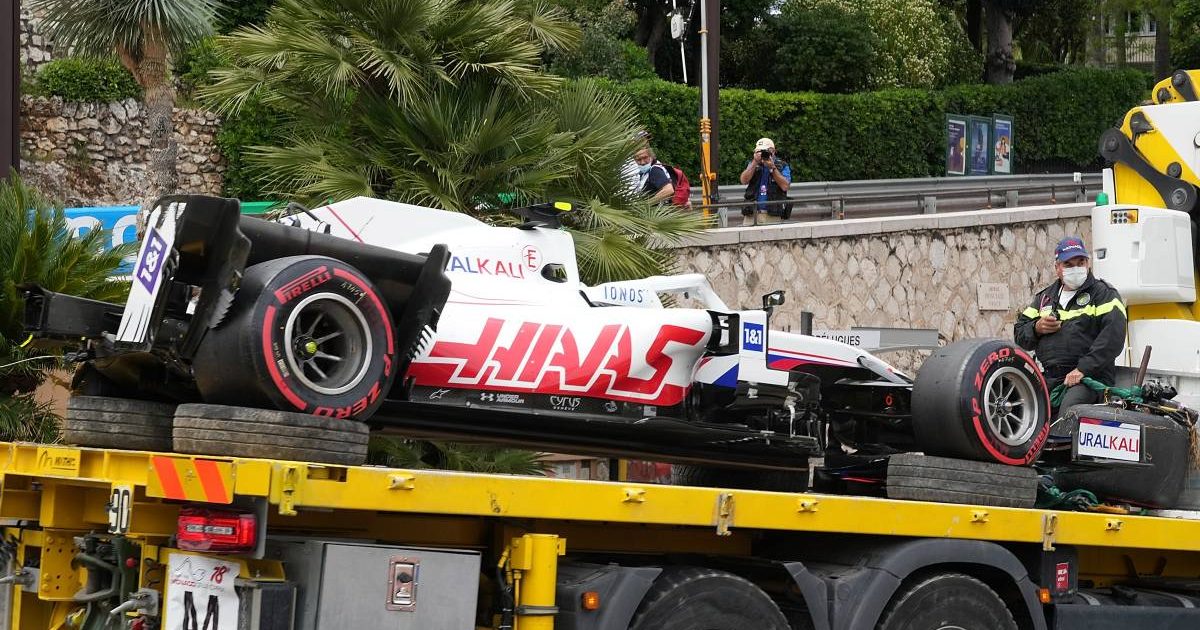 Mick Schumacher admitted he had learnt a harsh lesson about Monaco’s unforgiving nature as an FP3 crash ruled him out of qualifying.

The Haas driver will start the Monaco Grand Prix at the back of the grid having been forced to sit out Saturday’s competitive action after a big impact a couple of hours earlier.

Approaching Casino Square, the German driver lost the back end of the car and hit the barrier, with the damage too severe to be repaired in time for qualifying.

It was all the more agonising for the son of Michael Schumacher because Haas had been looking more competitive than at all other races this season – and he even fancied his chances of vying with his father’s old rival, Fernando Alonso, who exited Q1 in 17th position.

Of his crash, Schumacher told reporters: “I think it doesn’t excuse you from anything and will always treat you harshly if you make a mistake. That’s what I’ve learned today.

“Lots to take away from it. Obviously I feel very sorry for the team because I think we had the pace to definitely fight with [Nicholas] Latifi and Alonso and potentially even get close to Q2, which is our aim.

“But nonetheless we have to do more tomorrow and I’m sure that will be fine.”

Impressed by his first experience of driving an F1 car at Monaco, Schumacher added: “I absolutely love it. I think it’s one of the best tracks to do it at. It’s a great feeling in the car – it’s lively but just pure fun driving here.”

Times like these you put an arm around each other, evaluate and come back stronger for the race tomorrow 💪#HaasF1 #MonacoGP pic.twitter.com/2wMuXTm2C9

Schumacher’s team-mate Nikita Mazepin, meanwhile, who has been involved in more than his fair share of qualifying controversies this season, kept himself out of trouble this time and qualified 19th.

“There’s a little bit of frustration within the team because it’s not the first weekend when we’ve seemed to be quite strong at various times of the sessions, but then for qualifying our competitors are able to extract the most,” said the Moscow-born driver.

“I was wary of falling into that trap again because FP3 went very well for us.”

Nevertheless, it was an improved showing by Haas generally in terms of performance and from his side, Mazepin reflected on a positive bonding exercise with his colleagues since the last race in Spain.

“I think it goes to show how important the atmosphere within the team is,” he added.

“We were very fortunate to have a week off in between and I had a meet-up with the team, the people that work with me – we had a small barbecue together, just a few people.

“I think we understand each other much more now and hopefully we’ll be able to build on it.”