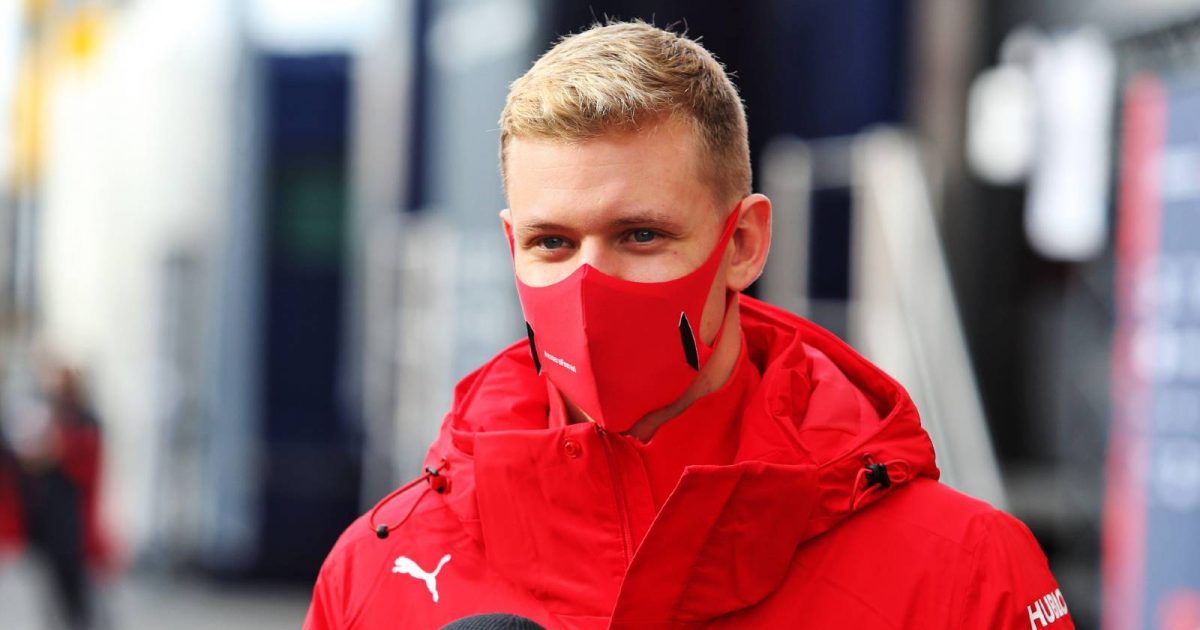 Mick Schumacher should not be thinking of jumping into a Ferrari race seat on a permanent basis any time soon, says Franz Tost.

Sharing Ferrari reserve driver duties this year with Antonio Giovinazzi, Schumacher’s main job is, of course, racing for one of the Scuderia’s customer teams, Haas.

After a first season in which he was continually racing at the back in an uncompetitive car, sometimes with only his now former team-mate Nikita Mazepin for company, the German is finding himself in the thick of the midfield battle this year with the much-improved VF-22.

Still seeking his first F1 points, the aim for the 2020 Formula 2 champion and Ferrari Academy driver is to progress sufficiently to eventually be given a race seat by the team for whom his father, Michael, spearheaded a golden era two decades ago.

Of course, given how strongly Charles Leclerc and Carlos Sainz have started this term with the all-new F1-75, it will not be easy to dislodge either of them.

Tost, the AlphaTauri team principal, was something of a mentor to Michael Schumacher and his brother Ralf in the early stages of their careers.

The 66-year-old Austrian is urging Mick to be patient – and to focus on getting the better of his Haas team-mate Kevin Magnussen before he starts thinking about a promotion to Ferrari.

“He has to drive somewhere else for another three years,” Tost told F1-Insider.com.

“Formula 1 is extremely complicated today. A driver needs at least three years of learning to drive at the top level. A George Russell or a Charles Leclerc also needed that time.

“He first has to beat his team-mate Kevin Magnussen consistently at Haas and try to achieve success with Haas. That’s his job now and nothing else.”

Ex-F1 driver Marc Surer, meanwhile, appears to hold reservations about Schumacher’s natural speed and suggests an “analytical” approach could be his best chance of success.

“Mick has proved how capable he is of learning through his successes in Formula 3 and Formula 2, each of which he won in his second season,” said Surer.

“In Formula 1 today, that’s one of the most important things. You can see everything in the telemetry data today, from steering wheel movement to braking point to the position of the accelerator on the team-mate. Mick will now study this data carefully.

“You don’t have to be a highflyer to be successful. Niki Lauda and Nico Rosberg are good examples. Neither had the basic speed like Alain Prost in Lauda’s case or Lewis Hamilton in Rosberg’s. Nevertheless, they were able to beat their team-mates once and win the World Championship.

“Natural talent alone is not enough either. The example of Jean Alesi shows that. He was considered a highflyer when he came to Formula 1. But in the end he could only win one race in his career.

“Mick has to be aware of his analytical skills and follow the path of Lauda and Rosberg. That way, he can recommend himself to Ferrari in the next few years.”