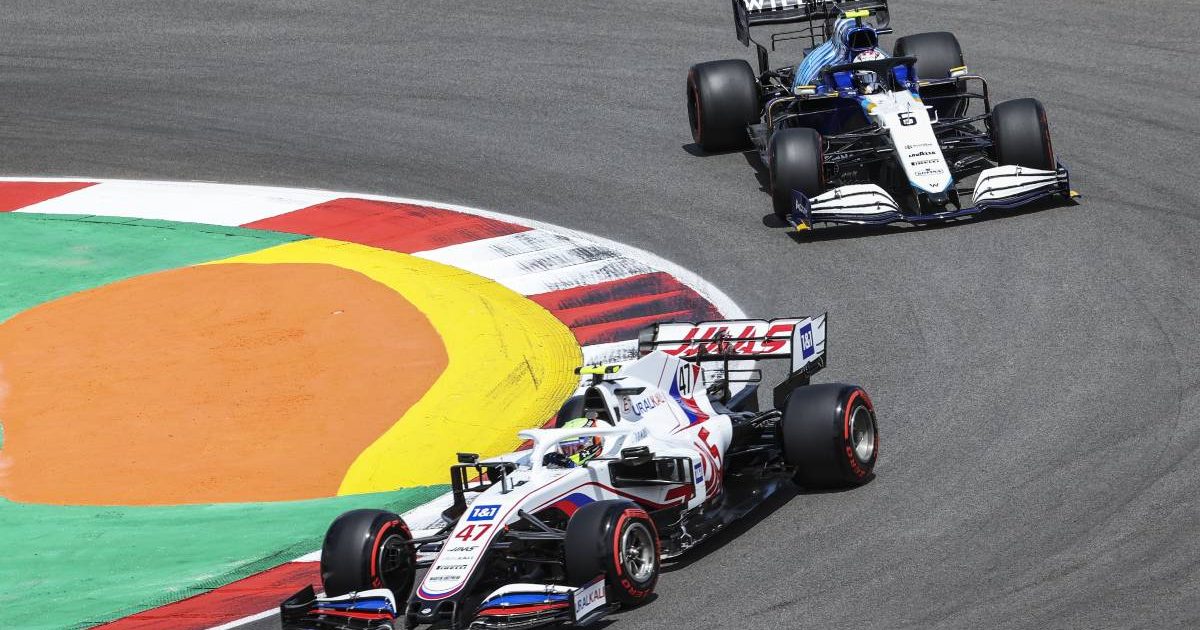 Mick Schumacher was able to finish ahead of Williams’ Nicholas Latifi in Portimao, marking a big improvement for Haas.

So far in 2021, Schumacher has been left to lap at the back as Haas struggled to compete with any rival outfit on the grid. But the Portuguese Grand Prix brought about a welcome change as Schumacher battled with Latifi and came out on top to finish P17.

Just up the road was the other Williams of George Russell, a shock to Schumacher since the Briton had started P11, so the overriding feeling was one of joy after a “big, big step forward” for Haas.

Speaking to the media about his pass on Latifi, Schumacher said: “We had a lot more pace. It was unfortunate we didn’t get by earlier because I think otherwise we had a decent race in terms of lap time in front of us.

“Maybe we could have even caught up to George [Russell]. But I feel like we were a big, big step forwards from where we were at Imola and I think if we keep on making those steps we will be in a very good place at the end of the year.

“I was very surprised to see George so close to us, he started P11, I don’t really know what happened. It was quite a chaotic race to begin with.

“But we are creeping up, getting closer and closer with every day and the team is working so hard to really to give us the car we need.

“And I feel like with every day we are getting closer to having that perfect car.”

Latifi and Schumacher’s team-mate, Nikita Mazepin, were the only drivers to finish two laps down in Portugal.

And it was an afternoon made more difficult for Mazepin by his five-second penalty after ignoring blue flags to let Sergio Perez through, and almost turning in on the Mexican as he pulled a move down the inside.

But Mazepin took full responsibility and apologised to the Red Bull driver.

“Pretty simple, totally my mistake on that,” he said.

“I was converted to Plan C in the middle of the race and to be honest I expected to go out after the second stop and be on my own.

“Obviously I didn’t really get a warning from the team but no excuses on this, just my fault, I apologise to Checo.”