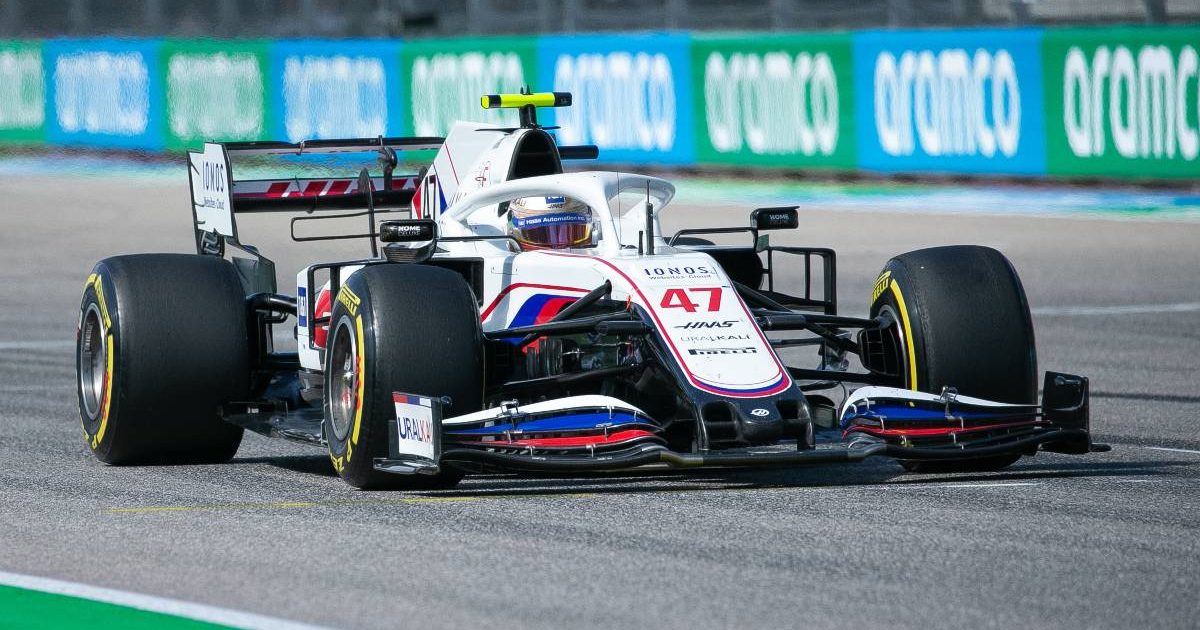 Rather than hinder him, Max Verstappen says having Mick Schumacher ahead in Austin helped him to secure the race win.

As Verstappen approached Haas’ Schumacher in the closing stages to lap him, all the while as Lewis Hamilton closed in, Schumacher did not yield immediately to the leading duo.

It almost gave Red Bull team principal Christian Horner a heart attack on the pit wall, but in fact Schumacher’s presence was a major benefit to Verstappen.

Picking up DRS down the main straight, Verstappen received a timely straight-line pace boost as Hamilton harried, looking to turn P2 into a race victory.

Verstappen did indeed go on to win the United States Grand Prix, stretching his lead in the Drivers’ Championship over Hamilton to 12 points, with a nice assist for Schumacher.

“The whole race the pressure was on because of not knowing how quick Lewis was going to get you,” said Verstappen in the post-race press conference.

“We went very aggressive on the first stop after losing the lead at the start. Then again during the middle stint, Lewis was within that undercut range so we had to respond. We had to go early again.

“And the last stint was very long, in this heat especially. We managed to hang on at the end with just enough in the tyres to push.

“With two laps [remaining] I had the Haas in front of me and going into the last sector he was in front, and especially with worn tyres it’s not easy to follow.

“Luckily he stayed in front so he gave me that DRS, so whatever I lost [on the penultimate lap] I think it stabilised because of that DRS.

“The last lap was all about trying to have a good first sector and beginning of the second sector. It wasn’t easy because the tyres were really finished. But it’s incredible to win here.”

Despite the late Hamilton attack, Verstappen was a driver remarkably calm and in control.

He said the role of being leader, hunted down by a driver on fresher tyres, is not a new experience to him.

“I think I’ve been in this position before, where you are in the lead with the older tyres or the other way around where you are hunting,” he said.

“I just tried to do the best I could and tried to be consistent, trying to find the grip within the tyre without damaging too much.

“It wasn’t easy, but I think at the end of the day that made it really exciting.”

Verstappen had lost the lead to Hamilton at the start and despite closing back up on his rival, he needed the help of an undercut to get back ahead.

When Verstappen then switched to the hard tyres he surprisingly found that compound not to be to the Red Bull’s liking, but nonetheless got the job done on strategy.

“We tried to stay close and it seemed like on the medium tyre we had really good pace because I could stay in the DRS,” said Verstappen of his first stint.

“Then as soon as we went to the hard tyres it seemed like maybe that pace wasn’t there as much, which was a bit surprising. But nevertheless we managed to hang on and of course that first stop was very early on, but luckily it worked out.”