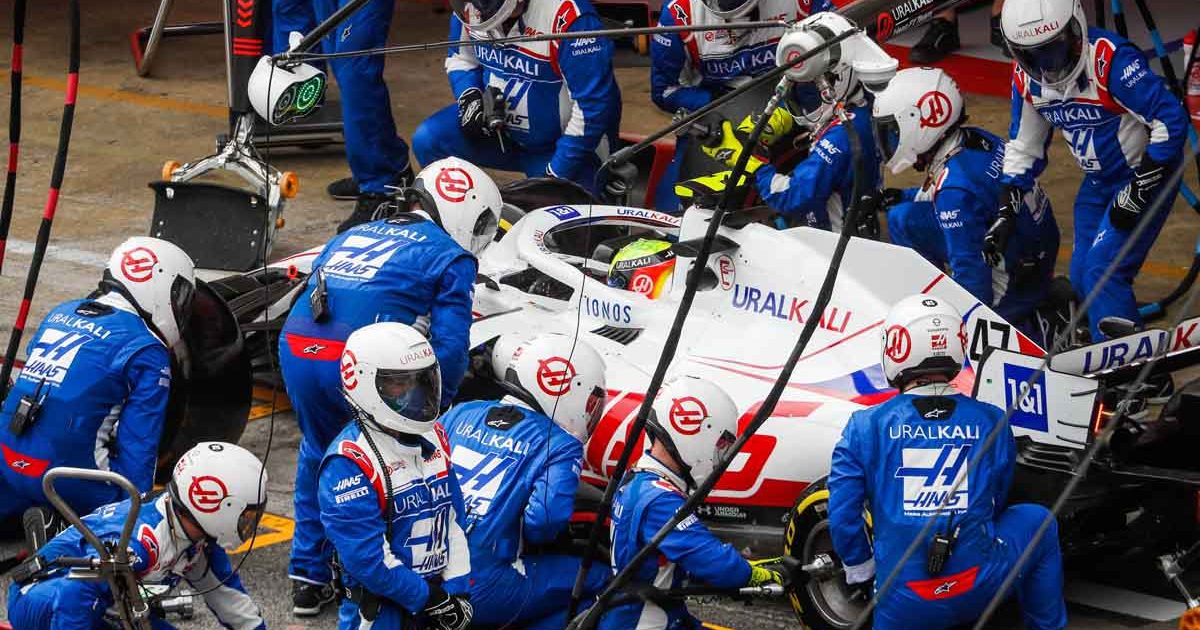 Mick Schumacher admitted that his pit stop “scared us all” in the Haas garage, after he ran into his front jack at speed at the Spanish Grand Prix.

The young rookie pitted and couldn’t quite slow down, skidding into his pit box off-centre, leading to a hefty impact for his team member – but he was quick to give a thumbs-up to let Schumacher know he was all ok.

Schumacher came straight onto team radio after getting back on track, saying: “Is everybody okay? Sorry about that,” but he was reassured that none of his pit crew were injured.

The Haas driver impressed during the race, out-qualifying Williams’ Nicholas Latifi and jumping George Russell at the start. While he only finished ahead of team-mate Nikita Mazepin, he earned plaudits for his performance.

“It was a more difficult race than expected,” Schumacher said on Sky Germany. “It’s also frustrating because the pit stop scared us all a bit. We have to analyse what happened there. But the main thing is the boys are fine.

“It seems like I went in faster, but not much faster than in free practice. Then I had a stationary car and of course it doesn’t stop any faster. That was definitely not easy.

“But we have to analyse more closely what happened there. The first lap was very good, we were immediately good and we were past both Williams.

“We learned a lot, saw the chequered flag and that’s the most important thing.”

Haas/Mick Schumacher is providing all the wholesome #F1 content I need. Hits hard into the jack, with the jackman immediately nodding to show all is OK. https://t.co/mJ4FgGssIf

Timo Glock was full of praise for the young German, as the former Toyota driver said that his race was “flawless” despite being in his backmarking Haas car, as well as complimenting his approach with how he works with his colleagues.

“The team generally knows where they stand,” Glock said on Sky Germany. “What he does very well is that he deals with the race relatively quickly and analyses it strategically.

“He is very good at that so far and developing more and more. It’s nice to see and he has again completed a flawless race.”

Schumacher’s compatriot Sebastian Vettel, meanwhile, found life difficult in his Aston Martin, coming home P13 after being a part of a tight battle between six drivers to get into the final points-paying positions.

“He got stuck in midfield and couldn’t really build up the pressure forwards,” Glock added. “Instead he had to defend behind and was then partially passed through. It didn’t go optimally.

“We saw that the Aston Martin has even more problems over the race distance. Of course that’s a shame. In the end, it’s not what Sebastian Vettel expects.

“You actually have to look towards the top 10, but there is still a big one. There is a gap.”