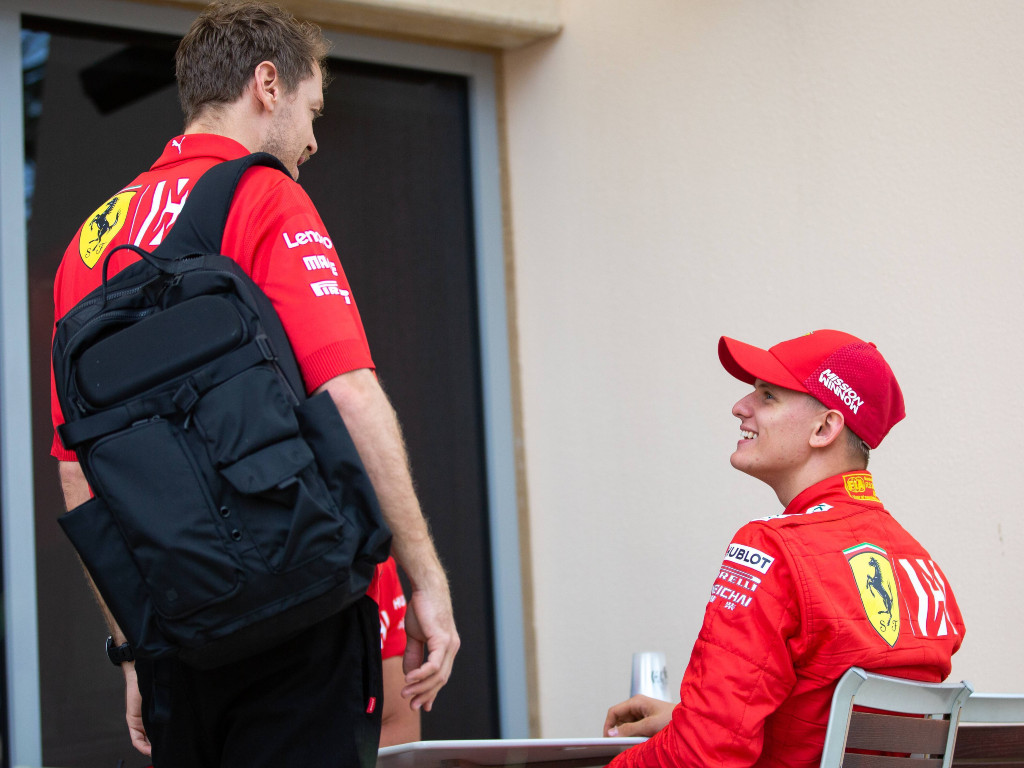 Mick Schumacher, who will make his Formula 1 debut in 2021, has been discussing the advice that Sebastian Vettel gave him.

Carrying the weight of the Schumacher name meant it would always be a high-pressure route to Formula 1 for the German racer, but in claiming the F2 Championship, he proved that he has the ability to make the step up, rather than just relying on the name.

A member of the Ferrari Driver Academy, Schumacher will link up with Haas for 2021 as part of an all-new rookie line-up for them alongside Nikita Mazepin.

And one driver on the current grid who has been keen to mentor Schumacher in any way he can is Vettel, just like how Mick’s father Michael Schumacher did for Vettel when the four-time World Champion was in the earlier stages of his Formula 1 career.

Asked by Corriere Della Sera Sport for the most important piece of advice that Vettel had given him, Mick replied: “Be yourself. Trust yourself. Don’t be afraid to show yourself for who you are.”

The 21-year-old also made it clear that he doesn’t see the expectation that comes with the Schumacher name as a burden, instead it’s a motivation.

“I’ve never had a problem when my father Michael is remembered, when people make a comparison,” he said.

“The fact of dealing with an iconic figure, I believe, is an honour and a motivation.

“For me it means commitment, trying to give my best, if possible, I don’t live with this as a burden.”

Vettel has said already that he will always be there for Mick in the Formula 1 paddock whenever he needs him.

“I was really happy when he got the seat at Haas,” Vettel told Blick.

“A deserved promotion after his Formula 2 Championship title.

“Mick can come to me at any time. I’m there for him – just as his father Michael once was for me. Now I can give something back.”

Schumacher secured the F2 Championship in the final round of the 2020 season, taking the title by 14 points over fellow Ferrari Driver Academy member Callum Ilott.