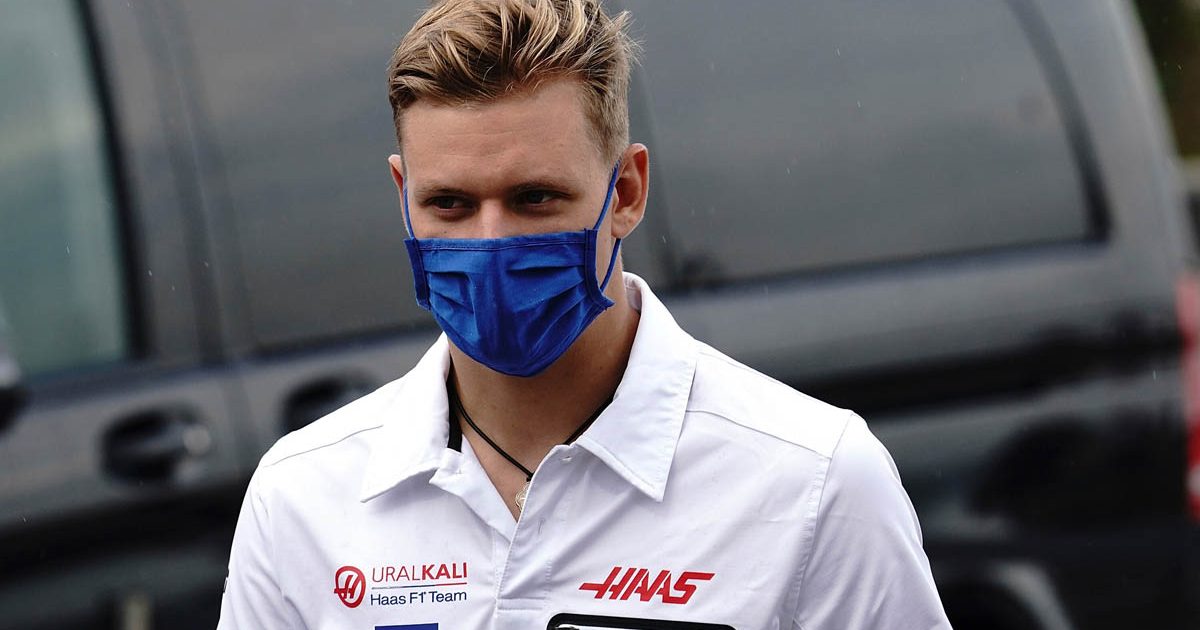 After driving his father’s first ever Formula 1 car, Mick Schumacher described his ride in Michael’s Jordan 191 as “very special” for him.

Schumacher stuck around at Silverstone after the British Grand Prix weekend to film a feature for Sky Sports with Karun Chandhok, where he was able to run in the iconic car in which his seven-time World Champion dad made his F1 debut.

While it was quite different to the machinery he’s used to, alongside a lack of creature comforts, the family connection made the car all the more exciting to drive for the young German.

“Driving-wise, unfortunately I didn’t have a seat in it, only a bit of foam, I was sliding around a lot – especially every braking I was sliding so far down I couldn’t see the track anymore – so after every braking I had to push myself back up to see something,” Schumacher told Chandhok afterwards.

“But the emotions, and feeling and knowing that my dad raced this car as his first race car, is very special.”

This is just wonderful to see… #F1https://t.co/WWuo1UWTKM

Quite a few developments have been made to Formula 1 cars in the 30 years since the Jordan was on track in anger, not least how the gears change – as well as how the driver sits in the car.

While Schumacher was more exposed to the elements, he felt it was a more “pure” experience behind the wheel.

“To begin with, I’ve never driven an H-pattern race car before,” he said.

“So I was sitting in the car, trying to figure out where the gears were and everything. And yes, it’s crazy to think about how far out you sit in that car, the shoulders were just popping out of the side of the monocoque, and the front is very high and it you slide down or whatever you don’t see much, but it was very nice.

“Just pure racing, you can see everything… with the engine; nowadays with the battery and the hybrid era and stuff a lot of things are covered, so you don’t really see the engine unless it’s taken apart, but in that car, you actually see how the fuel runs into the engine and it’s yes – it’s very good.”

He’s now had the opportunity to run in his father’s Benetton B194, Ferrari F2004 and F2002 alongside the Jordan 191, but when comparing four of F1’s all-time great cars, he feels the Jordan is the most back-to-basics of them all.

“It’s probably, as most people would think, it’s actually the closest in terms of how the car is to the ’94 Benetton – very little amount of buttons on the steering wheel. It feels like a go-kart,” he said.

“You have tyres, you have an engine, you have a chassis and that’s it. Already when I drove the 2002 and 2004 Ferrari, you know, the amount of changes you can take on that steering wheel, the traction control and all those things, paddle shift, that’s very different to the ’91 car.”