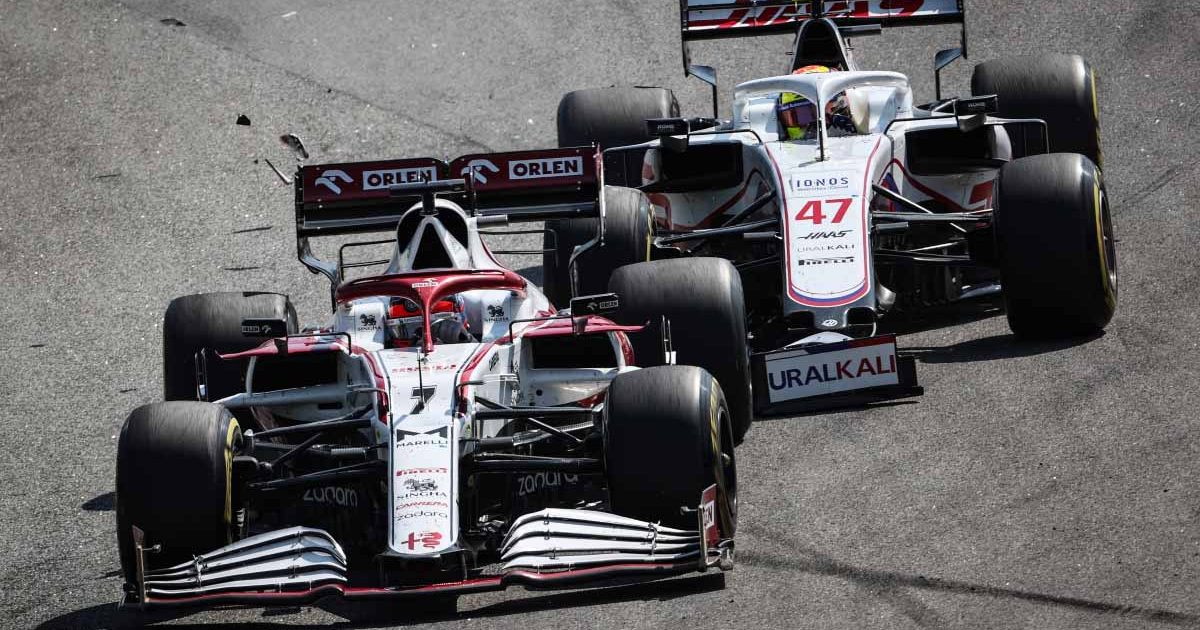 Mick Schumacher admitted it was “upsetting” when he lost his front wing after colliding with Kimi Raikkonen in Brazil on Sunday.

The weekend started cordially between the pair when they were sat together in Thursday’s press conference, as Schumacher Jr hoped to be able to battle the 2007 World Champion on track.

“Unfortunately, I didn’t get to battle much with him,” he said at the time. “I would have loved to have had the opportunity to properly race against him but we will probably have to do it elsewhere, on an ice track or something.”

But back came the quick reply from Raikkonen: “Or I could slow down and we could do some racing?”

And that racing came as the Alfa Romeo driver was making his way back through the pack, the Haas of Schumacher tried to make an optimistic move on the Finn at Turn 1, which led to him losing his front wing after tagging Raikkonen’s car.

He had to get his car all the way around the lap before he could make it back to his garage, while the Alfa Romeo seemed to come away relatively scot free from the incident.

“It’s upsetting because I think we had alright pace for today – definitely to be in front of the Williams,” said Schumacher, per the official Formula 1 website.

“So, unfortunate, but we learn from those things and, again, I think the little bad things that I get are really useful. Now I know where the limit is.

“I think those corners, because it’s the nature of a left-right sequence, obviously everybody wants to try to get the most space out of it.

“I think we touched tyres at first, and then I think I kind of got a little oversteer and then my front wing got caught.

“Unfortunate, but nonetheless a lot of positives we can carry away from here, and I have to say I really enjoyed driving here.”

In true Raikkonen style, however, he seemed relatively nonplussed, as he made his way from a pit-lane start up to P12 come the chequered flag.

He credits the adjustments made by his team for his improvement in fortunes, having had a difficult time in sprint qualifying.

“We changed the car a bit and decided to start in the pit lane. It was the right decision, but we fell a bit short still in the end,” he said after the race.

“But for sure, the car was more like it should have been in the first place. But at least we could race and actually follow people today compared to yesterday [in sprint qualifying].”