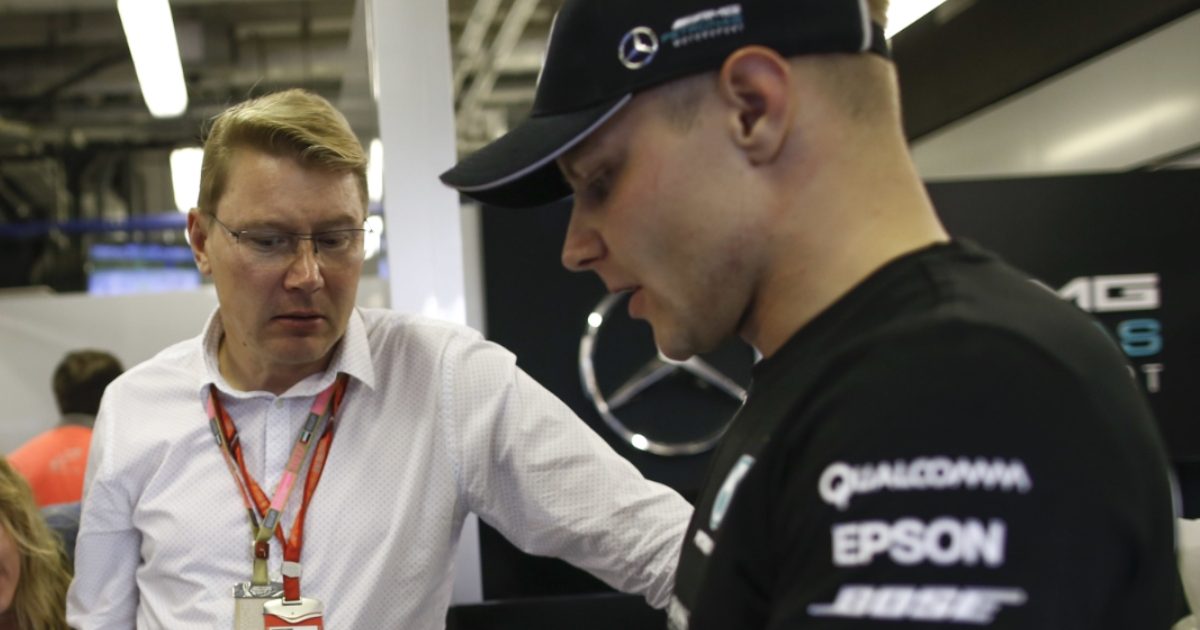 It has been announced that Mika Hakkinen will join compatriot Valtteri Bottas in the 2022 Race of Champions.

In September, it was confirmed that Bottas was to compete in the event for the first time when it takes place in Sweden in February next year.

The Alfa Romeo-bound driver says that doing so is a career goal that he has always had.

“It is the first time I am joining that race,” Bottas is quoted by GPFans.

“I have always wanted to do it but either with the calendar or location, timings haven’t worked out.

“Actually, it is next door to Finland where I am going to be at some point in the winter so I can combine those and it should be really fun on ice and snow.”

He won’t be the only famous Finn from the world of Formula 1 to participate in it, with him being joined by two-time World Champion Hakkinen.

“I’m very excited to be back racing again and to finally be able to participate in the Race Of Champions,” said Hakkinen.

“It will be very different from racing in Formula 1, but I love competition and it’s so spectacular driving on snow and ice.

“I’ll try to get some practice at my place in the north of Finland before the event.”

Bottas says the two have become close friends over the years and is excited to work together with the 53-year-old, while he feels them going head to head will provide some good entertainment for the fans, whatever happens.

“We have become good friends with Mika, so I’m very happy to have him as my teammate representing Finland in the ROC Nations Cup,” he said.

“But then of course we have to try to beat each other in the individual Race Of Champions. It will be entertaining for the fans, whoever wins it.”

Given the races are taking place in the snow, logic would suggest rally drivers will have an advantage over the likes of Hakkinen and Bottas, with his experience in such conditions thanks to events such as the Arctic Lapland Rally, Bottas isn’t worried.

“I don’t feel like it is a disadvantage because I am from Finland and I have done some rallies and done the Arctic rally a few times. I think it is going to be good.”