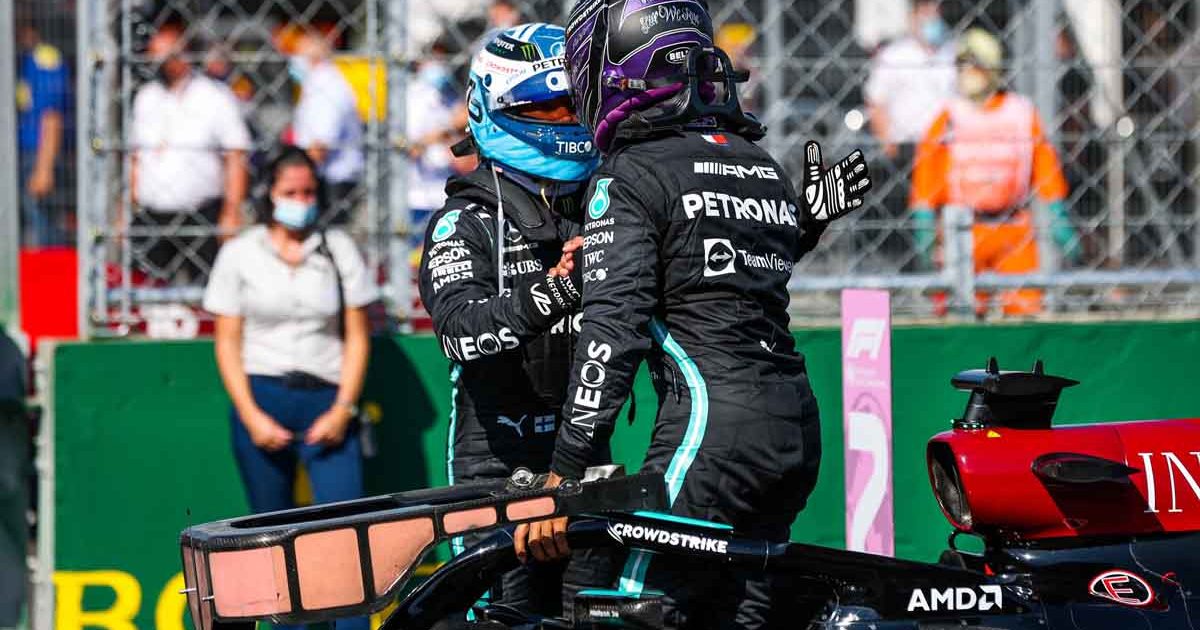 Mika Hakkinen has spoken from his own experience about how difficult it is for Valtteri Bottas to share a team with an F1 great.

And he thinks his fellow Finn deserves more praise for his role at Mercedes.

The two-time former World Champion started out at McLaren against Ayrton Senna in 1993, so was presented with a tough task to match the legendary Brazilian in his opening three races in Formula 1.

Bottas has been outperformed in the Drivers’ Championship by Lewis Hamilton in each of his five seasons with the team to date, but the British driver has previously called the Finn the “best team-mate” he’s had in the sport, with his future at the team yet to be decided beyond this year.

Bottas has gained 55 podium finishes in his time as a Mercedes driver, helping the Silver Arrows to four consecutive Constructors’ titles, and his compatriot Hakkinen believes it has taken Bottas’ speed and hard work to get the best out of Hamilton as well as achieve his own success with the team.

“I’m fascinated by what it takes to succeed in Formula 1,” Hakkinen wrote in a column for the Spanish edition of Motorsport. “It’s one of the reasons why I follow the championship so closely. So when I see some of the unfair comments about Valtteri Bottas, it’s worth giving some perspective based on my own experience.

“I know what it’s like to go up against the greatest driver of a generation – in my case, Ayrton Senna – and to have worked with some very competitive team-mates throughout my career. From Johnny Herbert to Martin Brundle, Mark Blundell, Nigel Mansell and, of course, David Coulthard.

“None of them were slow. They were all very fast, committed and capable Formula 1 drivers.

“It’s very easy to talk about someone who is a World Champion, who wins all the time, and then criticise his team-mate. It’s an easy comparison, but one that forgets the bigger picture of what it means to be half of a championship-winning team. I won two world titles partly because DC was a very strong team-mate.

“Teamwork with the drivers is a very important aspect for a top team. Mercedes knows better than anyone what can happen when you have two drivers fighting each other in a way that can be destructive. Part of Valtteri’s job since joining them has been to work alongside Lewis, to push as hard as possible but to keep communication flowing.

Valtteri Bottas feels that he could have had a better shot at winning titles with Mercedes if he was given longer contracts.https://t.co/jJRRjC1DBh #F1 pic.twitter.com/5aCqcdSoPQ

“Only one team-mate can win the World Championship and to do that he usually has to win more races than the others, which includes beating the team-mate he shares a garage with. When both are in the same car, that battle is never easy. As World Champion, you inevitably build the team around you, leaving your team-mate with a lot more work to do.

“As Lewis’ team-mate, he has the most formidable competitor alongside him. It has been incredible to see how calm, controlled and determined Valtteri has been, how hard he has kept working despite the challenge and the easy criticism. He just concentrates on attacking every weekend as hard as he can, giving his best for the team.

“There is a popular myth that winning grands prix is easy when you have the best car. That just goes to show you don’t understand the challenge.

“There is nothing easy about winning in F1, whether it’s 20 races for me or nine grands prix for Valtteri. It’s even harder when you have a multiple world champion next to you in the garage.

“For any team aiming to maintain a winning performance, the degree of harmony and focus within its driver pairing is an important ingredient. It’s one of the reasons why I’m sure Valtteri deserves more credit for the job he has done.”