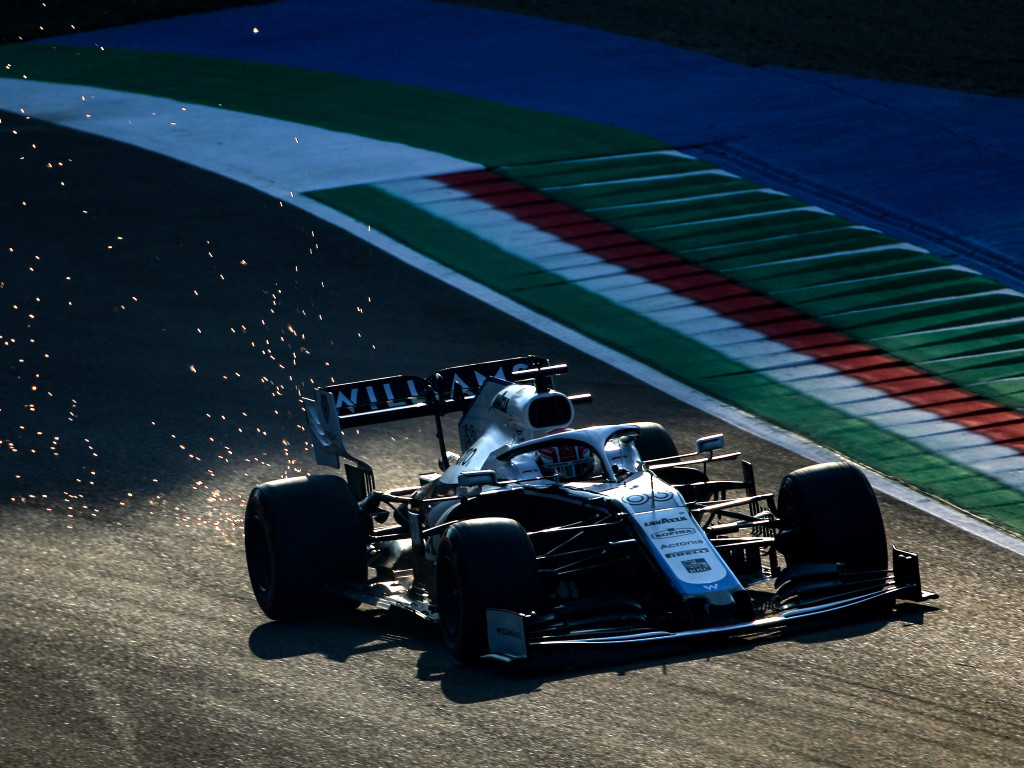 After another fantastic qualifying performance in the Williams, George Russell was left wondering how he keeps delivering.

The Briton has now picked up the nickname of ‘Mr Saturday’ as he continues to drag the sluggish FW43 out of Q1 in qualifying.

His latest triumph came at Imola where he will line up for the race P13, once again ahead of the Ferrari of Sebastian Vettel and other strong contenders like Lance Stroll in the Racing Point.

Nobody quite knows how he keeps pulling it off, and neither does Russell himself.

“I don’t know how we keep pulling it off, to be honest, on the Saturdays. And it’s such a thrill, driving tracks like this is such a thrill.”

Sadly Russell’s team-mate Nicholas Latifi wasn’t able to join him in Q2 and will start the Emilia Romagna Grand Prix from P19.

He said a “brake-by-wire issue” which he encountered in the only practice session before qualifying sent him into Q1 with little reference on how to set up the car.

“We had a tricky practice session this morning that was very interrupted as I had a brake-by-wire issue on my qualifying simulation,” he told the Williams website.

“We lost quite a lot of time unfortunately and we had to make some quite big decisions on where to go with the car without having many references.

“It wasn’t ideal going into qualifying, but I was satisfied with my laps. I closed the gap from practice and was only a tenth and a half off making it into Q2 in qualifying, so I can be pleased with that.

“It is an amazing track to drive, I am looking forward to the race tomorrow and we will try and grab a good result.”

With that performance Russell extended his run of never being outqualified by a team-mate in Formula 1.

The Briton has now contested 34 qualifying sessions in Formula 1 since making his Williams debut at the start of the 2019 season, whitewashing Robert Kubica 21-0 and now enjoying a 13-0 lead in the qualifying head-to-head against Latifi in 2020.

All Russell needs to do now is finally get over the hurdle on race day and score his first points in Formula 1.