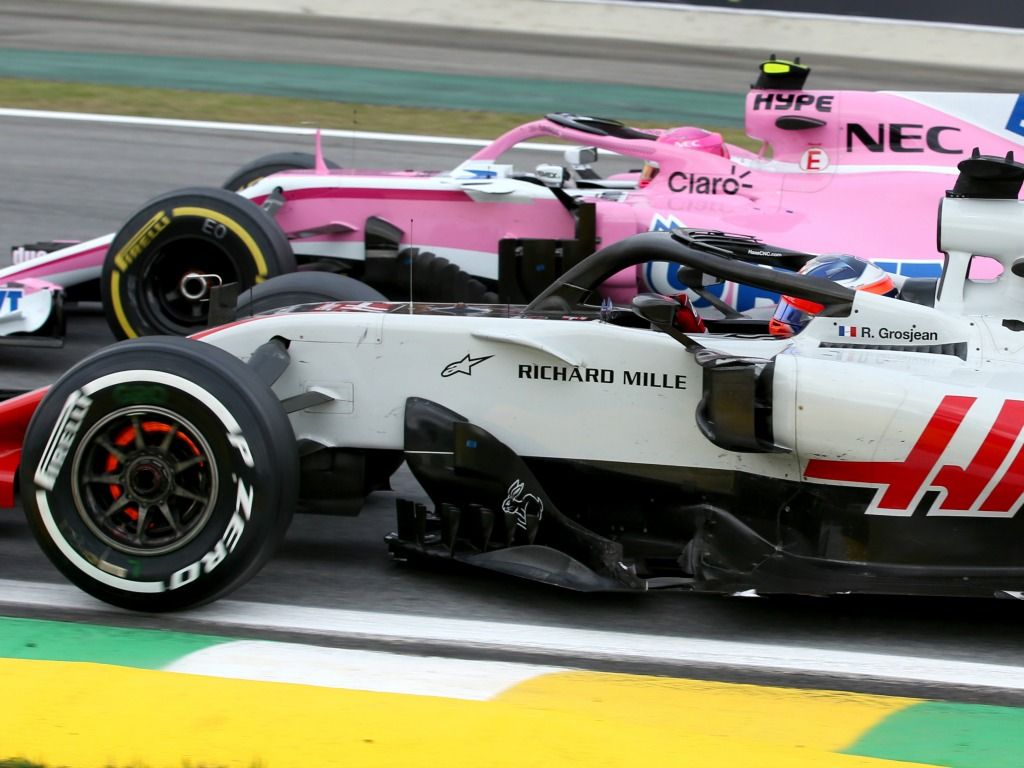 The stewards do not expect to rule on the Haas protest of Racing Point Force India (RPFI) until Saturday due to the amount of evidence presented.

Haas has protested Force India ahead of the final race of the 2018 season, because they are contesting that it is wrong for RPFI to be running a car not of its own making.

The VJM11 was used by Force India for the first part of the season before that team fell into administration.

When they were resurrected and entered into the Championship again, becoming RPFI, they took the car on.

However, F1 regulations state that all entries must be responsible for the design of their own cars.

The hearing began at 11am on Friday, but had to be paused because of the first practice session of the weekend.

It reconvened at 3:40pm and the stewards have now said that they are “deliberating on the matter” and that they would need time to make a decision.

“A substantial amount of written evidence was submitted and each party made extensive verbal representation,” a note from the stewards said.

“It is anticipated that a decision will not be handed down any earlier than just prior to FP3.”

That third and final practice session begins at 2pm local time on Saturday afternoon, a 10am start time in the UK.

Force India’s team principal, Otmr Szafnauer, said earlier on in the day that it was a surprise, while Guenther Steiner, Haas’ team boss, said it was right for the stewards to take their time.

“We were not expecting it, really, so [the protest was] a bit of a surprise,” Szafnauer commented.

“But in a way it is good that all the information can now be presented to the stewards and in due course they will make a very informed decision.”

“For us it’s serious, and that’s why we took it to the stewards,” Steiner told Sky Sports during FP2.

“Absolutely [it is a complex issue], that’s why it takes so long, that’s why we had two hearings.

“The stewards will take their time to think it through and to understand it, so they can make a good decision.”