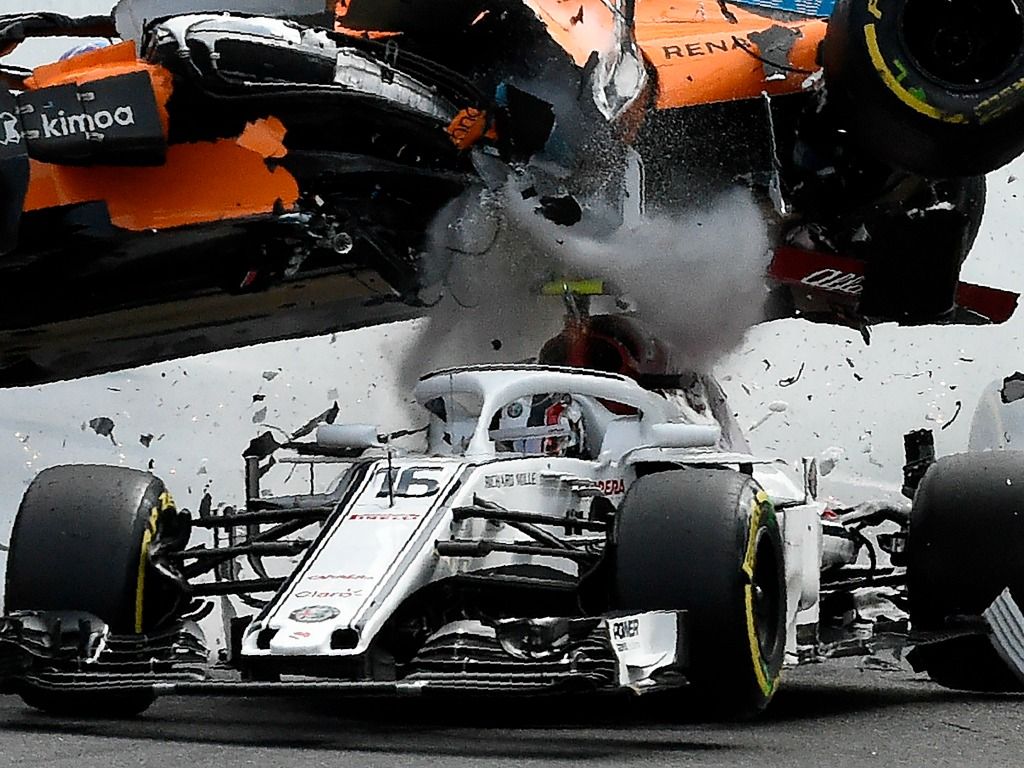 Renault’s Nico Hulkenberg completely misjudged his braking point in the mad dash to La Source at the start of the Belgian Grand Prix, sending Alonso flying through the air in a repeat of what he experienced back in the 2012 race.

The Spaniard went over the car of Sauber’s Charles Leclerc, with the Halo cockpit safety device receiving widespread praise from saving the 20-year-old from serious injury.

We have seen almost every angle of the huge crash, but the most astonishing of all was made public by Formula 1 on Monday morning by Leclerc’s cockpit camera.

FIA director Charlie Whiting has said it was “speculative” to suggest that the Halo played a huge role in keeping Leclerc safe until more evidence had been gathered.

From watching the above footage, it is very difficult to see how it didn’t.

All three drivers came away unscathed from the dramatic crash, but Hulkenberg has picked up a 10-place grid penalty for the Italian Grand Prix.

Read more: How can I watch this weekend’s Italian Grand Prix?