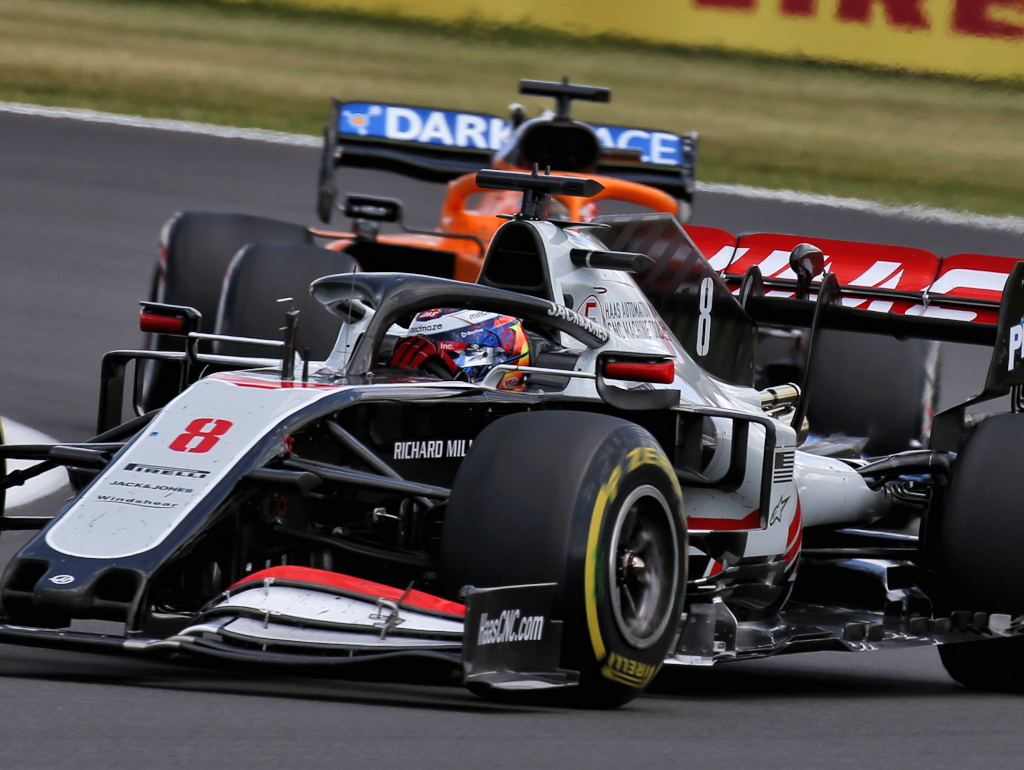 McLaren’s Carlos Sainz and Haas’ Romain Grosjean have been given new power units ahead of the Spanish Grand Prix.

Sainz had been struggling with cooling issues at the 70th Anniversary Grand Prix, something which was affecting only his car and leaving the team scratching their heads.

And after admitting that they remained a “question mark” for his home race at the Circuit de Barcelona-Catalunya, it turns out that the issues are still there.

“At the moment we haven’t really solved the issue, we still see some discrepancies across the two cars,” Sainz said after FP2.

“My car, obviously we have [a cooling issue] and we are having to run with more cooling on the car which obviously costs more lap time around here. So still not fully into the bottom of the problem – we need to keep searching.

“It’s a big question mark that we haven’t found [the answer to] and we’ve changed pretty much everything on the car and we are starting to run out of things to try.

“Hopefully we can find the last thing, or the main thing, which will give us the final answer, but at the moment it’s tricky.

“It means that going into tomorrow [Saturday] we still need to do a lot of work, a lot of analysis, and see what else can we change. But we are nearly at the limit of all the things we’ve changed, so we still need to keep digging and keep finding stuff.”

And changing the power unit was the next idea for McLaren. Sainz took a new Renault internal combustion engine (ICE), turbocharger, MGU-H and MGU-K ahead of FP3.

Grosjean has also taken a new power unit following the loss of power he suffered at the end of FP2.

A new ICE, turbocharger, MGU-H and control electronics have all come Grosjean’s way, however, the Formula 1 website report that Haas encountered a leak when replacing the unit, which forced them to break the curfew – using one of their two jokers to do so.

Grosjean finished FP2 in P5, following on from his P6 in the first practice session, and speaking afterwards about where the pace came from, he said: “Pinch me, I don’t know! In all fairness, nobody really knows. It’s the same car as it was since the beginning of the year.

“Sixth in FP1, fifth in FP2, the long run pace was pretty good so really happy with that. There’s some more work we can do on the car to bring it even more to my liking but generally, what a day!

Both drivers remain within their component allocations for the season so won’t take any penalties. Each driver can use three ICEs, turbos, MGU-Hs and MGU-Ks and two each of control electronics and energy stores.