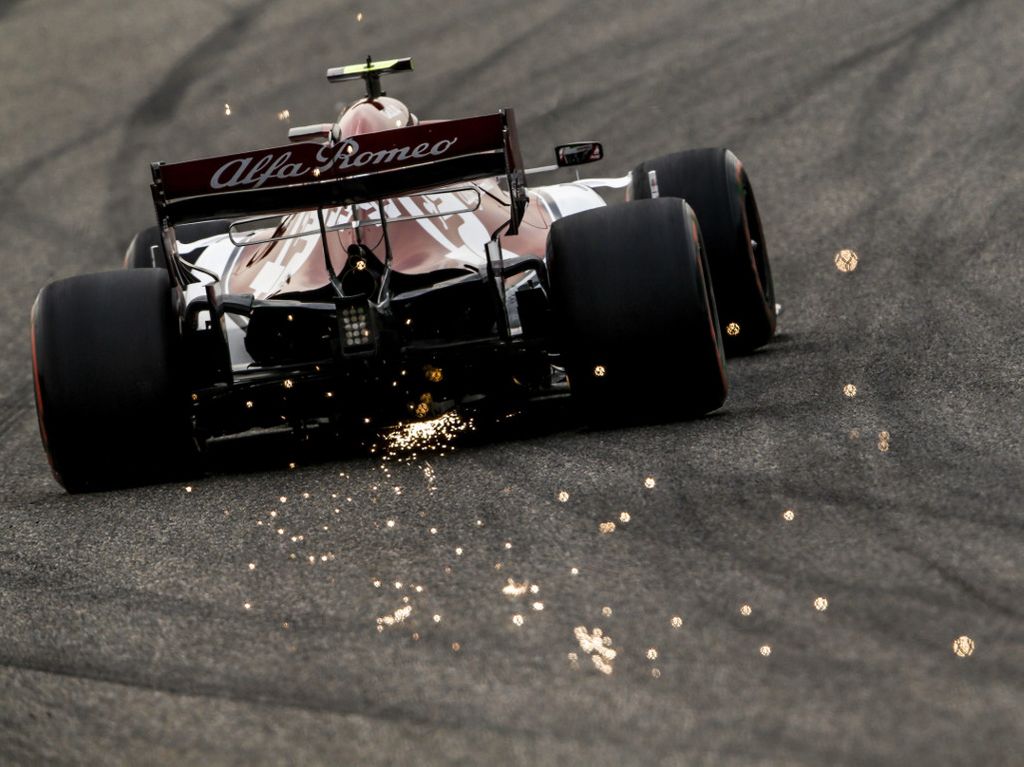 The Italian was unable to take part in qualifying, robbed of the opportunity as his engine lost a cylinder on his opening lap.

It was an issue similar to the one that cost Ferrari driver Charles Leclerc the victory last time out in Bahrain.

But while both Ferraris and the Haas driver put in revised ECUs ahead of the Chinese GP, Alfa Romeo opted to keep both drivers on the old spec.

“Ferrari proposed to us the new spec, and we didn’t have time to install it in the car due to the installation,” Vasseur explained to Autosport.

“We had the issue today, and we will change it for tomorrow, but we will keep the same spec. For Kimi we won’t change the unit for tomorrow.

“I assume 100% of the responsibility because Ferrari proposed to us to change it.

“It’s always easy afterwards to say it could have been better, but we knew coming to China and doing the new installation was also risky.”

Giovinazzi will start Sunday’s grand prix 19th on the grid with Vasseur adamant the driver has the team’s full support.

“It’s not an easy one, because if you look back we had an issue in FP2 in Bahrain, and he was not able to do one lap, then we had the issue in FP1 here, again on his car,” said Vasseur.

“We started the engine, and we did the out lap. He crossed the line, then he caught some guys exiting the pits, and the issue appeared at the end of Turn 1 on his first lap.

“It’s not’s obvious so far on the timekeeping, but I’m sure that he will show it as soon as possible.”