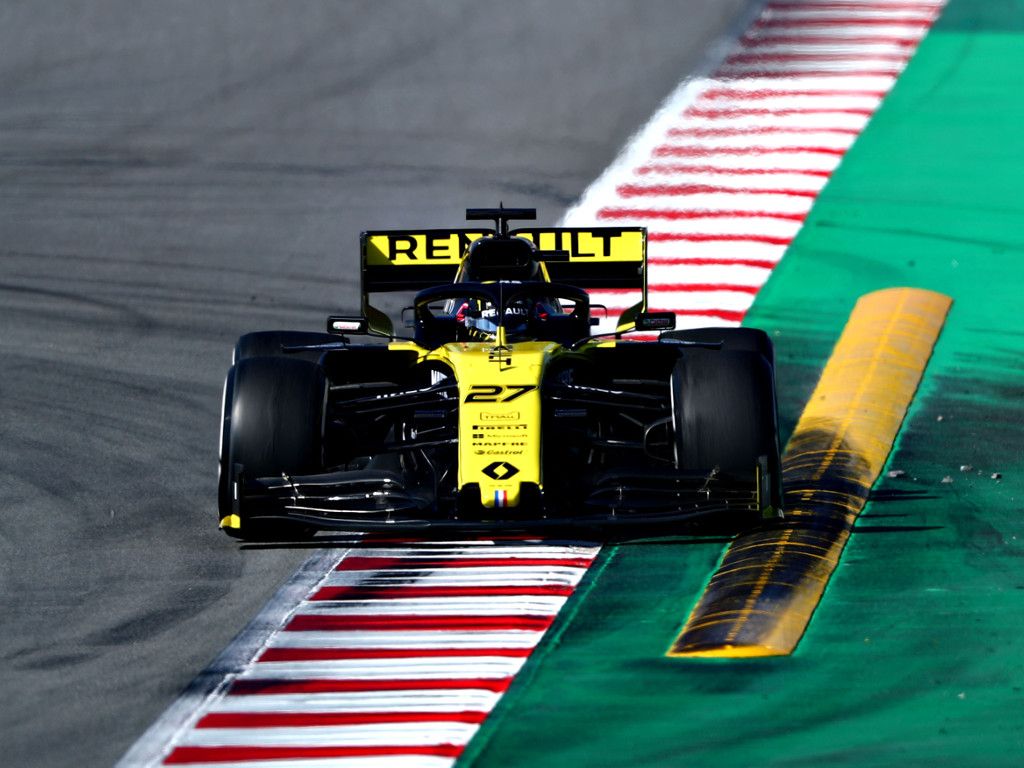 Such is the difference with this year’s new wider rear wing that Nico Hulkenberg has likened it to “pulling a parachute” down the straight.

The Renault driver was in action at the Circuit de Catalunya on Monday for the opening day of pre-season testing.

He covered 65 laps during the morning’s session before handing the car over to new team-mate Daniel Ricciardo.

It was Hulkenberg’s first outing with the new-for-2019 wings, which have been simplified as well as being made wider and higher.

It was also the first time that he tried Renault’s new engine but says the progress made on that was partially negated by the rear wing.

Asked if he noticed an improvement from the Renault power unit, the German told Crash.net: “I would say yes, but on the other hand we have a lot more drag with the big rear wing.

“So, you have less of that sensation – it is like pulling a parachute now across the straight.

“You see that massive rear wing in the mirrors and that has an impact on the feel of power.”

As for the new RS19, Hulkenberg’s praise of the new car was faint at best.

“First impressions are OK. I would say just alright for now,” he said.

“The car ran without any big problems this morning. 65 laps is a decent start.

“It does not feel like a completely different animal. It was more a feeling like coming home. For me it has not changed that much.

“We have the same steering wheel, the seating position is very similar, so perhaps I was also not expecting a huge difference.

“The aero regulations, it was difficult to kind of judge and anticipate how that would impact the feeling, but for now it is not so different.”