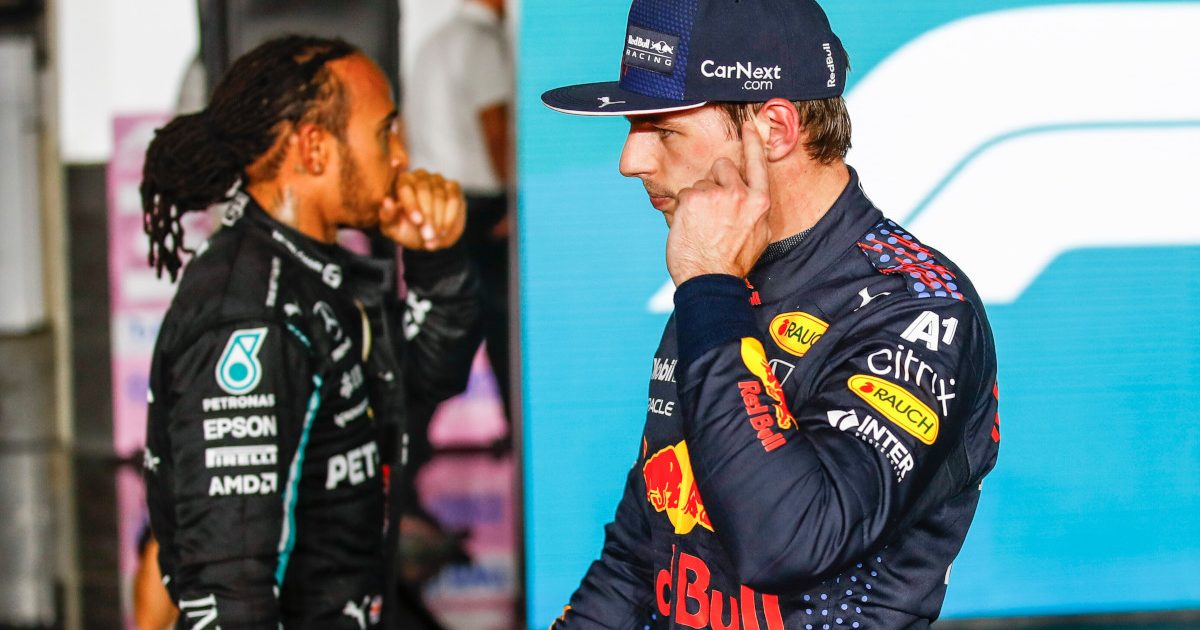 Trying to gain every advantage possible in the title race, eagle-eyed F1 fans have spotted a new tactic that Mercedes and Red Bull are using against one another.

With Lewis Hamilton and Max Verstappen spending most of this year’s championship racing one another for the race victories, the title protagonists finishing first and second 12 times, they have often had similar pit stop strategies.

Added to that the two teams are right next to each other in the pit lane, giving them the perfect opportunity – it seems – to try mess with each other’s pit stops.

No, we’re not talking running out with tyres to make the other team think they’re about to stop, we’re talking slowing down tactics.

A member of the Formula 1 community on Reddit noticed at the Qatar Grand Prix that Mercedes did not withdraw their pneumatic lines, narrowing the pit box approach for Red Bull with the latter doing the same to narrow Mercedes’ exit.

Moving the pneumatic lines out of the way for a rival car is seen as a common courtesy between teams, but you wonder whether the FIA may address this potentially dangerous tactic via a fresh Technical Directive.

This is not the first time Mercedes have used this to try slow a rival, with fans pointing out they’d previously done this while fighting Ferrari in the late 2010s.

It is also believed Mercedes first started with this tactic against Red Bull in Brazil, and Qatar was Red Bull’s way of responding to them.

Given that Mercedes reportedly put Formula 1’s new slower pit stops into play earlier this year when they complained, based on safety, about how quick the pit stops had become, this tactic shouldn’t come as a surprise.

This year’s championship has been tension-fraught from the very start with both teams trying everything they can to get the upper hand, often accusing the other of running an illegal part.

Following the Qatar Grand Prix the title race is down to just eight points between Verstappen and Hamilton while Mercedes are five ahead of Red Bull.

“It’s exciting,” said Verstappen after the Losail race. “I would of course have liked to make it a bigger gap, but when you don’t have the pace, it’s impossible to do that.

“We’ll just try to be better, and come back strong, especially in Saudi on the street track, and then yeah, we’ll see in Abu Dhabi.”

As for Hamilton, who is chasing a record breaking eighth World title, he too says he’s up for the fight.

“I feel great,” said the Mercedes driver. “I feel in the best shape physically that I’ve been in all year.

“So just feel… obviously at the beginning, not particularly that well, so yeah, I feel great, the car is feeling better than ever, and I feel positive going into these next couple of races.

“I think they should be quite good for our car, so I’m looking forward to that battle.”

With two races remaining, Saudi Arabia and Abu Dhabi, there are 52 points still in play.