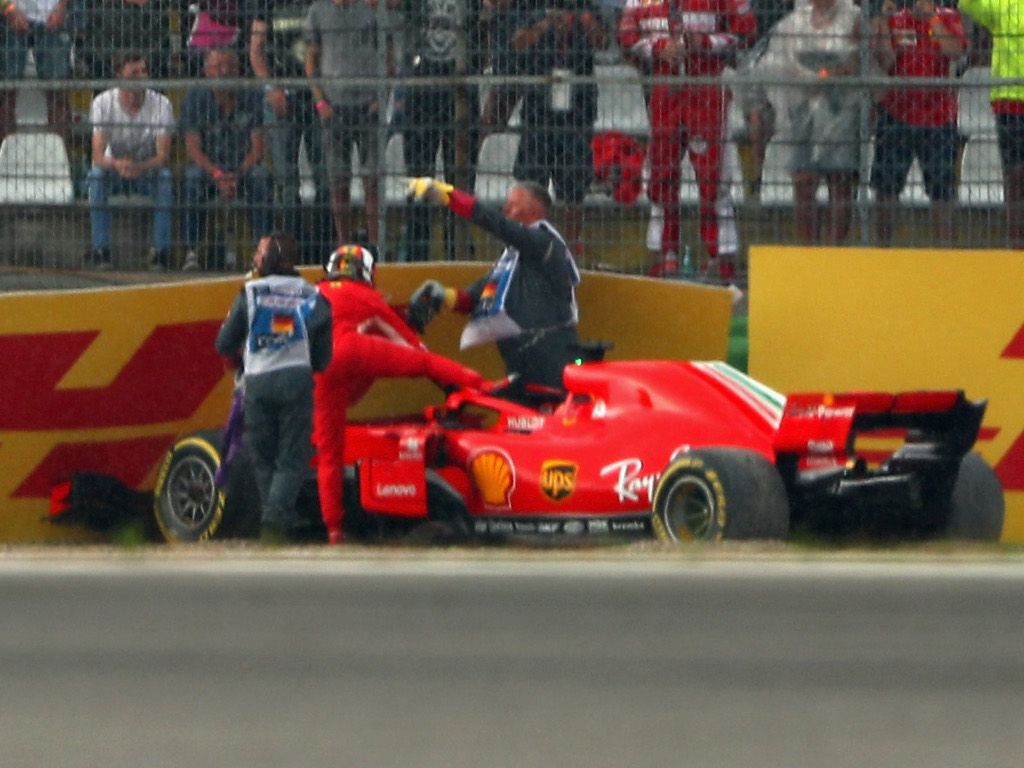 Adrian Newey says Sebastian Vettel’s “stupid mistakes” could cost him this year’s World title as it will be “damn hard” to beat Lewis Hamilton unless the Brit suffers a DNF.

Vettel could only watch as his deficit in the title race increased to 40 points at Sunday’s Singapore Grand Prix.

Although it was a race that Ferrari were expected to win, strategy errors cost them.

It is not the first mistake that Ferrari or Vettel have made this season with the German crashing out of the lead in Germany and hitting Hamilton on the opening lap at Monza.

And it is those mistakes that Newey, who worked with Vettel at Red Bull, believes could cost him the title.

“He works incredibly hard and is sometimes too dogged – hardly anyone is more self-critical than he is,” Newey told Bild am Sonntag.

“If he has a weakness, then it’s that sometimes he makes stupid mistakes that happen in the heat of the moment.

“If he leads a race, he is almost unbeatable. But in direct duels he sometimes slips up.

“In sports, but also in life, people deal differently with pressure. For a racing driver this can be particularly difficult. In the car, he is not only responsible for himself, but he has the entire team in the garage on his shoulders.

“Some drivers do not care; take the Finns Kimi Raikkonen and Mika Hakkinen, for example. But then there are also drivers who, just at the end of a season, when it comes to the world championship, feel the pressure weighing down on them. The harder a driver works, the more he feels the pressure.”

The Red Bull design guru reckons it is now “damn hard” for Vettel to catch Hamilton in the championship.

He added: “If he’s going to manage it, he needs at least one retirement from Lewis. Otherwise it will be damn hard.”