Home News ‘Next title will be super hard given rivals’ 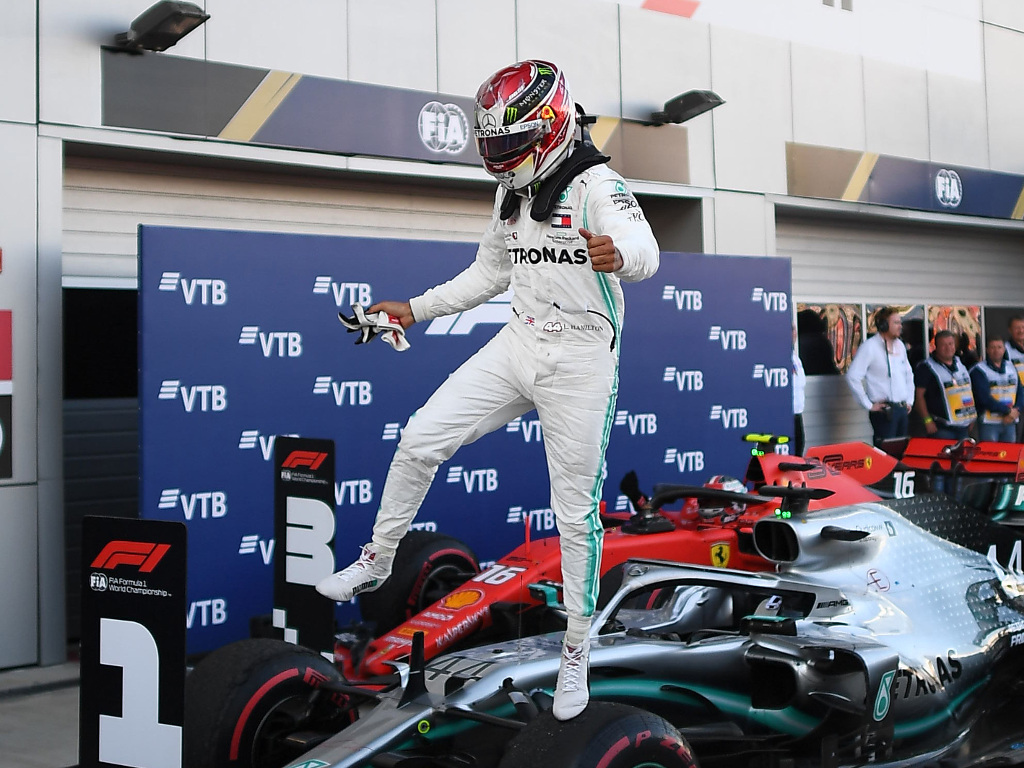 Closing in on a sixth World title after winning in Russia, Lewis Hamilton says the “next one” is going to be “super hard” given the level of competition he expects to face.

With Ferrari dropping the ball at the start of this season and Red Bull taking time to find their form, Mercedes, and more importantly Hamilton, went on a run.

The Brit claimed seven of the first ten race wins to march out to a 40-point lead over his team Valtteri Bottas before slowly but surely extending that to the 73 points that it now sits at.

Adding a ninth win for this season in Russia on Sunday, Hamilton could wrap up the World title at the Mexican Grand Prix, leaving three races to spare.

The Brit, though, insists he is still taking it one race at a time.

“I just don’t try to think about it,” he said in Sochi.

“It’s not that it’s difficult, it’s pretty easy just to focus on the task in hand and it’s not easy at the moment so honestly just focusing on trying to be the best I can be each weekend, one race at a time and making sure I’m just delivering at a high rate.

“What’s really impressive is just to see how naturally we’re fighting against the Ferraris who have got great pace but Charles, Valtteri, Seb, Max, Carlos, some of the other drivers are really performing so well.

“I think it’s one of the best years I’ve seen the drivers perform in terms of just class performances, so it’s meaning that everyone is having to raise their bar including myself.

“I’m enjoying that challenge and as I said, just one race at a time.”

But while one could argue that it has been a relatively easy road to the, still not in the bag, 2019 World title, Hamilton expects 2020 will be more difficult.

“The next one is going to be super hard to keep… to trying to beat these guys again but not impossible as we’ve shown today,” he said.