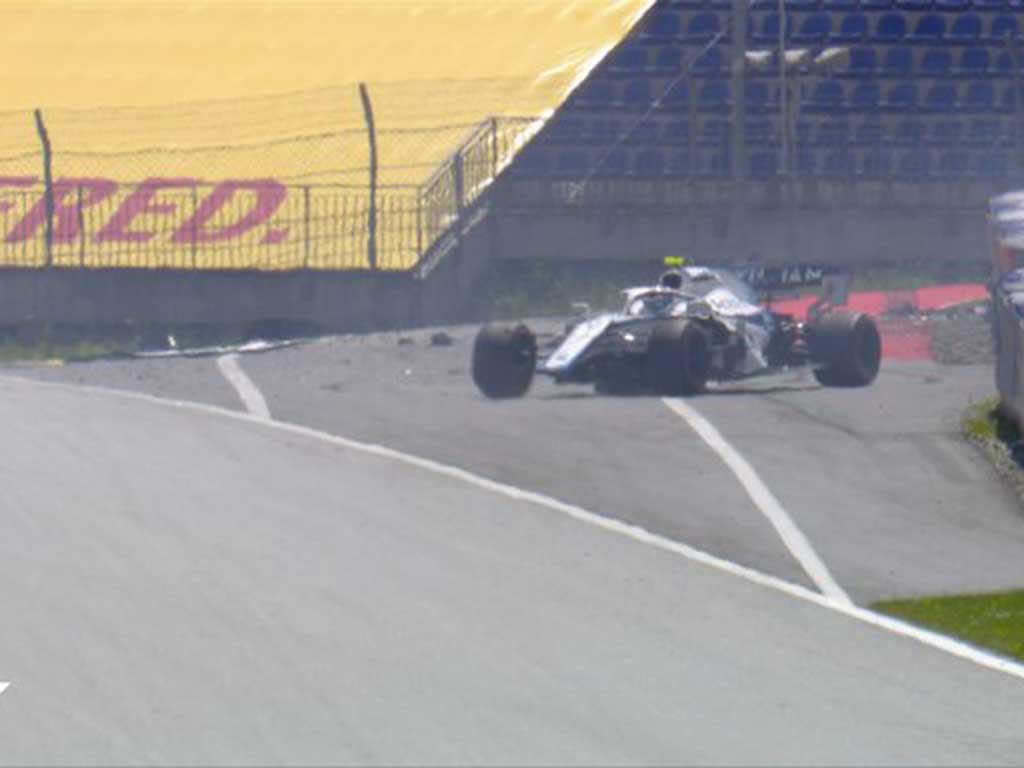 Williams rookie Nicholas Latifi became the first driver of the Formula 1 season to crash after hitting the barriers during final practice in Austria.

The Canadian driver, taking part in his very first Formula 1 Grand Prix weekend, lost control going into the uphill Turn 1 and spun out of control.

His new-look FW43 smacked into the tyre barrier with his front wing taking the full brunt of the impact. Latifi thankfully reported he was all ok and made his way back to the Williams garage.

He's spun his car at Turn 1 and gone into the barriers#AustrianGP 🇦🇹 #F1 pic.twitter.com/sCvxwCld1Z

Friday practice has probably given Latifi a taste of what is to come this season for himself and Williams, finishing P18 in FP1 and last of all in FP2.

“Overall, it was a mixed day, but I felt comfortable getting up to speed in the car,” Latifi said after Friday practice.

“FP1 was a pretty positive session and we got through a few test items even with limited running due to the rain. FP2 was a bit more of a difficult session as we decided to try some new things to learn and I made some mistakes, but that is what practice is for.

“I really enjoyed being back in the car. It was the first time I have driven an FP2 session, so I can now say that I am officially a Formula One driver.”

More angles on that Latifi crash at Turn 1 👀

The @WilliamsRacing driver is out of the car and ok 👍#AustrianGP 🇦🇹 #F1 pic.twitter.com/UIOv45i8R3

Latifi’s crash triggered a brief red-flag period before the final practice session got back underway with 25 minutes remaining.

There was a suggestion that Sergio Perez’s Racing Point could have been the culprit behind the crash, seemingly spilling oil onto the track at Turn 1 shortly before Latifi lost control.

Latifi’s crashed triggered the medical light so, following protocols, he had to go to the FIA medical centre to get checked out.

Williams said he is back with the team after being given the all clear.